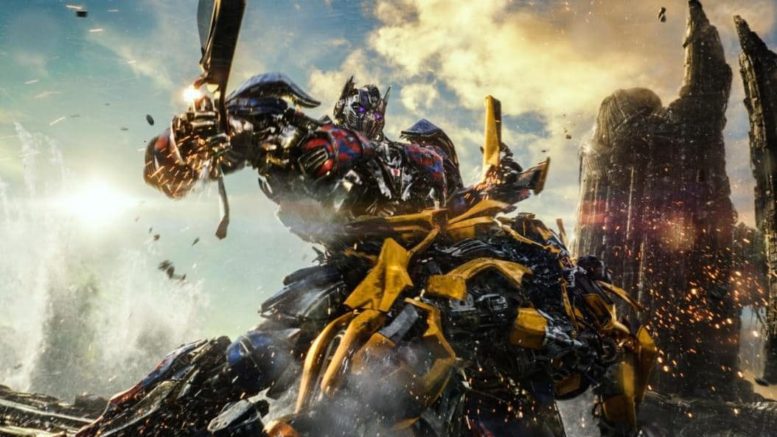 There wasn’t much of a plot to the fifth Transformers movie The Last Knight (12A), starring Mark Wahlberg, Anthony Hopkins, Laura Haddock and Josh Duhamel. It is basically the same as all the others. To sum up, the Transformers home planet of Cybertron is dying and the only way to save it is finding some ancient artifact, sound familiar? In the first movie it was a pair of glasses, the second something called the matrix, and in this one a big stick.

First of all, this movie has no right to be this long, how can you stretch a movie about robots fighting each other into 2 and a half hours? By filling the time with boring, useless human characters that’s how. Granted, these characters aren’t nearly as annoying as the Witwicky’s were in the first couple films but still, a movie that’s called Transformers focuses too much time away from the Transformers, even Optimus Prime is barely in the movie and he’s all over the posters.

The dialogue is lazy with some awkward attempts at comedy, and it seems in these later Transformers films there is a revolving door of nameless autobots/decepticons that all look very similar, so much so that I couldn’t even tell who was who most of the time.

Fans of Michael Bay-isms, don’t worry you can still get your fix of slow motion, sweeping camera angles, lens flares and of course explosions, people running from explosions, things exploding that probably wouldn’t even explode but hey it’s a Michael Bay film, got to have those explosions.

I understand that a lot of this movie was shot using IMAX cameras, meaning that the aspect ratio changed frequently, almost too frequently. I found it quite jarring seeing the size of the screen change from wide angle to full screen constantly, even during a standard talking scene.

Overall, there’s not much to say about the latest installement of Transformers, boring characters, a conviluted plot, an overuse of explosions and a ridiculously long run time all made for a pretty dull movie. Please let this be the last one, if it isn’t the last one hopefully it’s Michael Bay’s last, let a director who actually cares about the source material have a crack.