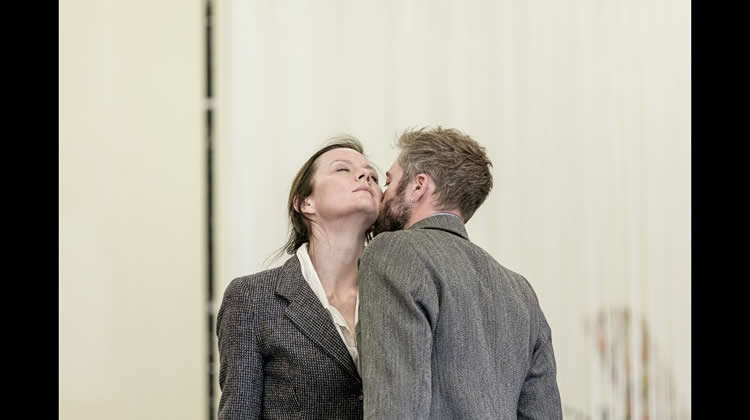 Playwright David Hare opines of Plenty, currently at Chichester Festival Theatre, that it is “the work of mine to which I still go back in my mind more and more”. And, even though he has written more than 30 stage plays and over 25 screenplays for film and television, this is entirely understandable given the enduring complexities of the story of former secret agent Susan Traherne.

As the redoubtable Traherne, Rachael Stirling – making her Chichester debut, and what a debut — is simply remarkable; the role allows her to display an incredible depth and versatility as her character traverses the various sloughs of despond in search of, well, plenty of peace, happiness and a certain tranquillity.

Traherne finds herself struggling with the effects of her time as a Special Operations Executive in Nazi-held France where tales of derring-do, deceit (“I told such glittering lies”) and dalliances, fleeting and otherwise, abound (it is worth noting that so perilous was the job in hand for these women that, sadly, 13 from 39 operatives met their demise).

But there is a hugely debilitating psychological price to pay for her heroic efforts for the cause. No one can truly be impervious to the suffering that comes with so much death and destruction with the aftermath lingering long in the depths of the mind.

And two decades later, living in London, as the well-heeled wife of a diplomat, she must battle a very different enemy than that she conquered during the all-consuming conflict. This time it is the strains and stresses of an unlikely marriage (to the rather excellent Rory Keenan as put-upon, despairing husband Raymond Brock) combined with a head crammed with resonating recollections that she must constantly rage against – but, very often, simply can’t overcome.

As post-war Britain sees her global power slowly yet inexorably dissipate, Traherne is constantly reminded of her role in its past; and a new conflict, the Suez Canal crisis, sets in motion a devastating sequence that plays havoc with her mind — and throwing plenty of spanners in the works is the presence of barking-mad bohemian Alice Park (full marks Yolanda Kettle).

Intricately woven, wonderfully written, hilariously funny, utterly poignant and immensely powerful, Plenty has been hailed as a modern classic — and director Kate Hewitt’s take more than does it justice. Telling a story out of the order in which events happened can be tricky yet the seamless set changes and clever use of a giant backdrop help to make this production one which can ultimately be considered a huge success.

The well-deserved uproarious reception which met the play’s curtain call confirmed its triumph.