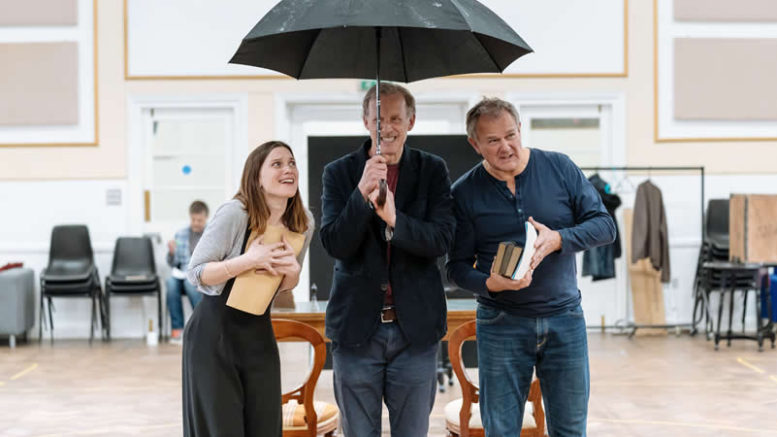 Joy presents itself in many forms. Pain, also. But for polymath C. S. Lewis, acclaimed author of The Chronicles of Narnia, both feelings collided with alarming frequency during his relationship with New York poet Joy Gresham.

All of which the excellent Hugh Bonneville knows so well, of course. For it is he, the star perhaps best known for playing Lord Grantham in the beloved period drama Downton Abbey, who plays Lewis in this rather fantastic production of Shadowlands at Chichester Festival Theatre.

Bonneville is simply perfect as the celebrated writer who divides his life between an ordered domestic routine at home with his brother, Warnie, and various important scholarly pursuits at all-male Oxford college.

It is at night, when he is away from his fellow academicians, that Lewis starts to find joy in Joy, as he deals with a daily deluge of correspondents. Her missives stand out. The Joy in question is lucid and eloquent New York poet Joy Gresham.

Pain and suffering still reside in the mind of Lewis largely due, it would seem, to the untimely death of his mother to cancer when he was aged nine. But escape and fantasy, the bedrocks of Narnia, are close by. And getting closer.

Suddenly, there is a collision of emotions as everything Lewis believed to be true about life and love is suddenly cast into doubt when she arrives in England with her young son, Douglas — and an intense relationship begins.

Liz White, making her Chichester debut as Joy Gresham, portrays a feisty, fascinating and oh-so sharp woman whose redoubtable qualities (and there are many of them) are cleverly depicted and almost lovingly laid out amidst the whirl of romance.

Director Rachel Kavanaugh’s version of William Nicholson’s play that premiered in the West End in 1989, is not to be missed.

SHADOWLANDS
By William Nicholson
Until 25 May