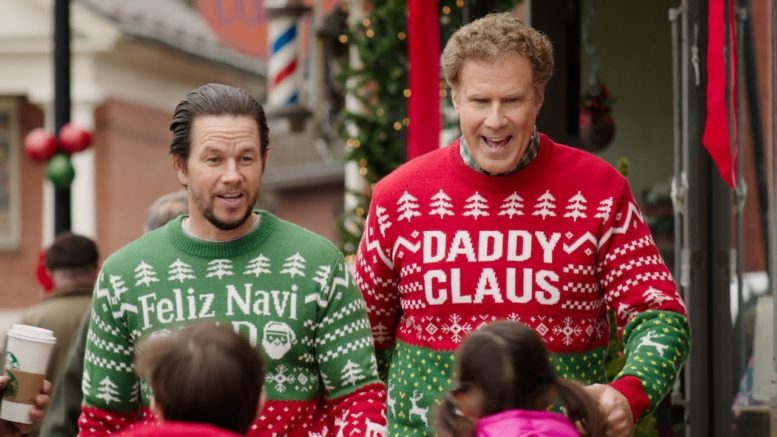 Daddy’s Home 2 (12A) follows Brad (Will Ferrell) and Dusty (Mark Wahlberg) who have to deal with their own fathers when they spend Christmas all together.

When the first one ended it set up a clash between Wahlberg and John Cena, which meant that Wahlberg would take the place of Ferrell as the step-dad who butts heads with the step-daughter’s real dad. Well we don’t get that, instead the grandads come to town. Cena doesn’t even show up until the last act! Bit of a waste if you ask me.

The big question you want answered is will you laugh? If you watch any of the trailers, probably not. All the funny jokes were shown in the trailer, which begs the question; were they worried about getting butts in seats, so they showed all the good stuff? Or did they actually want me to sit there for large portions of the movie not laughing? Because that’s what I ended up doing.

There’s only so many times the usual slapstick comedy of someone, usually Ferrell, getting hurt is actually funny, but this movie hit me over the head with it. There were a couple of times I genuinely chuckled but that was because I hadn’t seen the joke before.

You can’t deny Wahlberg and Ferrell have chemistry. They were great together and their back-and-forths were fun and natural, you can tell all the actors were having a good time filming this. John Lithgow was great, offering a nice deviation from all the absurd chaos. Mel Gibson spends most of the movie belittling everyone, laughing at his own jokes and the way his character was written basically says when you become a parent, you lose your manliness. He’s not a nice guy.

This isn’t a long movie, clocking in at 100 minutes, but boy does it drag. There were long stretches of time where nothing made me laugh or even crack a smile, which shouldn’t really happen in a comedy. The story is a bit too cluttered, but it did have a nice Christmas message at the end.

Also, I will say that this movie does do a good job of making you feel Christmassy, bearing in mind I watched it in the middle of November when I shouldn’t be feeling the festive spirit. I don’t know why they chose not to release a Christmas movie in December but hey my job is to tell you what I think not question the studio.

Overall, Daddy’s Home 2 is a very forgettable movie. It reuses a lot of the same jokes from the first one, and most of them don’t land. Wahlberg, Ferrell and Lithgow were fine but Gibson kind of ruined it with his attitude. Wish they used more Cena.