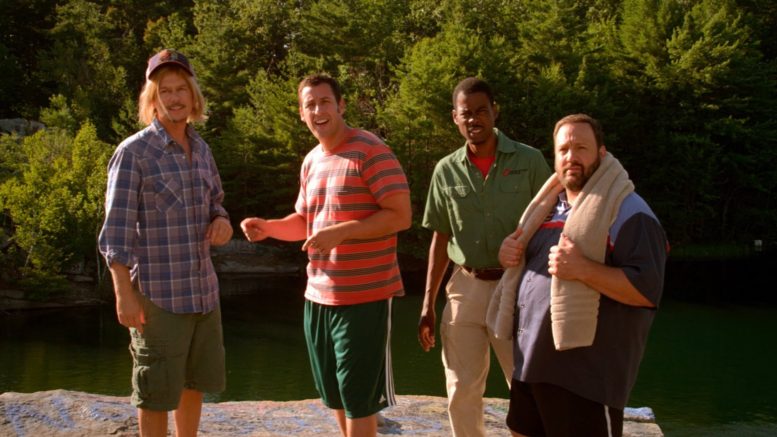 Daddy’s Home 2 comes out November 22nd, but thanks to an unlimited screening at Cineworld I got to see it last night and I was not impressed. Check out my review to find out why I wasn’t a fan.

With that in mind I thought I’d throw out a list looking at more rubbish second instalments to popular movies.

A number of these sequels are part of a collection of movies that are suffering from “franchise fatigue”. It doesn’t matter if these movies are critically panned, if they’re raking in the cash, Hollywood will keep throwing them out.

These picks are in no particular order as it was too difficult to rank trash.

THE MUMMY: TOMB OF THE DRAGON EMPEROR

Brendan Fraser’s kid unearths the mummy of the first Emperor of Qin, and it all kicks off.

I felt like this movie ditched everything that made the first two so fun. When I watch a mummy movie I want Egypt, pharaohs, hieroglyphs and other great stuff from the first two. What I don’t want are ninja’s, yeti’s and a terracotta army. Give me the army of Anubis any day!

The CGI was naff and the villain was boring. Also, if they got rid of the Evelyn character and had Rick remarry, I wouldn’t have been happy but I would have accepted it, but to replace Rachel Weisz with a different actress was the wrong call. They should have just stopped after Mummy Returns.

No one gets taken! Liam Neeson is framed for the murder and he must clear his name.

Another unnecessary sequel. It ditches the sleek, stylish European locations in favour of the states and I wasn’t a fan of it. The plot is basically a re-hash of The Fugitive with some of the most mind-numbing editing I’ve seen in an action movie. I understand Neeson is getting on a bit but to use 13 cuts for him jumping a fence?! Just have him open a gate and run through. The bone-crunching violence of the 18-rated original is also canned, in favour of a 12A-rated mess, someone explain that decision please!

*see plot of the first film but replace Vegas with Bangkok*

You might be starting to see a trend on this list; the unnecessary sequel, but Hollywood had money bag eyes, so we were given this mess… The plot is so lazy, with them basically redoing every single thing that happens in the first film. The tiger is replaced with a monkey, the baby with an old monk and someone else goes missing as opposed to one of the main characters.

The jokes aren’t funny when you’ve heard them all before. The characters became annoying, especially Zach Galifianakis’s Alan, who went from gleefully stupid to insanely irritating in the space of two films.

The Brody’s are once again terrorised by a big shark that has a personal vendetta against them.

With a title like that how can you not laugh at this abominable mess. The legendary classic was merely about a big ass shark killing people because it could. In the fourth, yes they made four of these, Ellen Brody’s son is killed by a shark who she thinks is out for revenge against her family. She then goes to the Bahamas to see her other son, meanwhile the shark chases her and beats her there to further harass the Brody family.

The shark didn’t look great in the first one but they rarely showed, which is why it terrified a generation. However, in this one it was laughably bad. Even the way they kill it was hilarious. The shark jumps out of the water and gets stabbed by a boat, and explodes because, physics. Skip the sequels and just watch the original masterpiece again.

The plot focuses on the returning gang as they all engage in a bunch of ridiculous antics.

That is the best I could do with the plot, because there really isn’t one. Just 100 minutes of awful, insulting, stupid jokes. Sandler has managed to make a comedy movie that didn’t bring a single laugh out of me, how is that possible? I think Sandler just makes movies now so he can hang out with his unfunny friends.

Gone are the days of good Sandler comedies like Happy Gilmore and 50 First Dates, he’s most definitely lost it. You know what type of movie you’re in for when the one of the first scenes sees a woefully bad CGI deer peeing on his face.

Robert De Niro wants Ben Stiller to succeed him as head of the family, but he needs to complete some task first.

This movie just wasn’t funny. None of the jokes land which shouldn’t happen in a comedy, especially after what was a great first sequel in Meet the Fockers. I was hoping for more of the same type of comedy but no luck. Also, you’d think with a title of “Little Fockers” there’d be a focus on the kids, but they’re barely in it, and when they are they’re irritating.

De Niro used to be a tremendous actor but doing films like this, as well as the god-awful Dirty Grandpa, are hurting his reputation. Reusing a lot of the same jokes and tedious characters make this a sequel that should never have been made.

Alien and Predator races duke it out in a rural Colorado town.

Now the first Vs’s movie wasn’t great but it was kind of fun, a passable film for fanboys to enjoy. Where the setting of Antarctica in the first one worked, the sequels America setting didn’t. The sci-fi dogfight between two legendary monsters is swapped out for a generic sci-fi slasher, including cliché characters whose acting ability would be right at home on the SyFy channel.

This movie has, hands down, the worst lighting in any movie ever made. The studio clearly spent all the budget on creating the creatures but forgot to light the sets. The title characters, when I could see them, looked great. They offed the stereotypes in inventive ways, at least I think they did, who knows I couldn’t see a thing!

TRANSFORMERS: REVENGE OF THE FALLEN

More robots, more explosions, you’ve seen it all before.

Maybe if China would stop watching these movies, they might stop making them. These movies earn the bulk of their money from overseas, I don’t know how. Any of the sequels could have made this list but this one stands out. Where to start… boring action, how can explosions be boring?! The action is too close, meaning you can never tell who’s fighting who, and who you’re supposed to be rooting for.

The characters are ignorant and tedious to listen to, with a select few being racial stereotypes. The humour is just awful, if you thought robots peeing on humans in the first one was bad, this one has giant robot testicles. Not funny. To sum up, skip this one and all the others.

A GOOD DAY TO DIE HARD

McClane goes to Russia to team up with his son to take down a bad guy, and why, why, why did this film happen?!

Bruce Willis doesn’t even look like he wants to be there most of the time. Any of his charm, charisma or witty behaviour is non-existent in this weak story. The villain was awful, Jai Courtney ruins a popular franchise with his dull, emotionless, boring performance as McClane’s son and the action was unrealistically terrible. I know it was coming off the back of Willis jumping onto an airborne jet in the last one, but at least you could throw out the physics rulebook and enjoy the flick.

This one was just missing the “Die-Hard” feel, if you’re a fan of the franchise then you’d know the feeling. Hopefully this franchise stays dead, despite rumours of a potential prequel where we see John McClane in his early years. No one asked for that!

INDIANA JONES AND THE KINGDOM OF THE CRYSTAL SKULL

Indy has battle the Nazi’s, twice, as well as a secret heart-stealing cult. Now he takes on aliens, wait what?! Whose idea was this? The ending of this film was completely out of left field and so unnecessary, so much so that it ruined the franchise. Indy doesn’t fight aliens, leave that to Sigourney Weaver. This film was plagued with some of the worst CGI Steven Spielberg has ever done, the gophers, the swinging monkeys, the god-awful aliens.

The term “jumping the shark” is used whenever a series of films or TV changes its formula in a significant way to “stay fresh”, or in other words to say they’ve run out of ideas. Following Indy’s fourth outing that phrase has been joined by “nuking the fridge”, because he literally survives a nuclear blast by hiding in a fridge which is blasted into the air, comes crashing down and he rolls out without a single broken bone, explain…