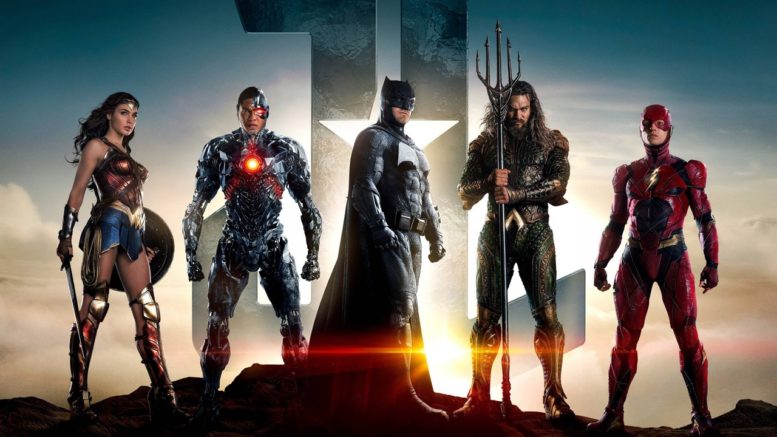 Justice League (12A) is the team up movie from DC that sees Batman (Ben Affleck) and Wonder Woman (Gal Gadot) recruit several enhanced beings, including; Aquaman (Jason Momoa), The Flash (Ezra Miller) and Cyborg (Ray Fisher) to stop a newly awakened threat that could wipe out the planet.

I was very worried about this film. From the re-shoots to the reduced run time, this movie had a monumental task on its hands. It had to bring in three new members of the league and give them enough back story, it had a big villain to introduce and it also had to be a fun and entertaining movie.

What this film got right was the league itself. All the characters were extremely likeable, their chemistry was fantastic and they all played their characters very well. I was surprised they spent so much time on Cyborg, who was 90 per cent CGI which wasn’t as bad as I thought it would be, but I liked his character. He didn’t really help out as much when the fighting went down, as he was mainly reduced to the guy who interacts with things and relays information to the team.

Miller steals the show most of the time. He was definitely the comedic relief of the team and he had a lot of funny moments; probably thanks to Joss Whedon’s re-shoots. He captured the character of Barry Allen brilliantly, he was an excitable, sarcastic and fun superhero. His backstory may seem a bit mysterious to those who don’t watch the Flash TV show but it may get fleshed out in his solo movie.

Momoa doesn’t get as much attention as I would have liked but from what we did see he was awesome. No longer is Aquaman the joke of the Justice League. He was very funny and he had some terrific action moments, particularly when he rides a parademon down from the sky and crashes it through a building. It would have been cooler if it hadn’t been shown in the trailers but it was still pretty epic. Look forward to his solo movie next year!

Affleck, aka the Batfleck, was once again great as both Batman and Bruce Wayne. I was on board with him as the caped crusader from day one and in this flick he was extremely good. His relationship with Gadot was great and he even got to throw out a few funny quips of his own which was a nice change.

The problems I had with Justice League was its pacing and editing. So many scenes seemed to cut off quite abruptly and some of the transitions were quite sloppy, resulting in it feeling quite jarring at times. There were many times where I felt like there were scenes missing, which will probably end up on the three hour extended cut.

It also didn’t really feel like a Zack Snyder movie; the colour pallet was a lot more vibrant, there was a change in tone and it was a lot more light-hearted with more humour. Now that may be because he wanted to change things up and direct in a different way or it may have been the re-shoots.

It felt very crammed with information and cameos, which was probably down to Warner Bros demanding the run time be reduced. Characters like Jim Gordon (J. K. Simmons), Mera (Amber Heard) and Martha Kent (Diane Lane) get about five minutes of screen between them.

The action was all very exhilarating. The battle scene where Steppenwolf is trying to take the mother box from Thermyscira was particularly impressive. Speaking of Steppenwolf… I felt he was very weak. He was just a huge dude who smashed stuff with his axe with no real character development. He also looked like something out of a PS2 game, the CGI was pretty terrible.

Overall, I was surprised about how much I liked Justice League. Don’t get me wrong it is a very flawed movie and it doesn’t quite live up to the brilliant Wonder Woman released a few months prior. But that doesn’t mean it’s not an extremely enjoyable superhero movie, because it was. Great action, they nailed the chemistry of the league and it was very funny. However, there were some god-awful cheesy lines of dialogue (“I’m a fan of Justice”), pacing and editing issues, a naff villain and some wasted characters.

One final note, stay behind for two post-credit scenes. One of them will make every DC fanboy fist pump with excitement.