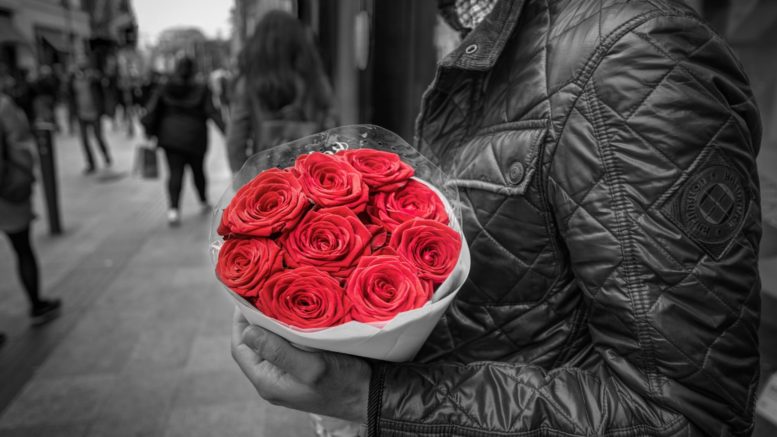 It is also a time for fantasy, pure and impure thoughts and downright lust-led activity. Once an innocent day of romantic nonsense it has wriggled up through the rose-coloured icing to find itself posing as a candle on the cake of tacky commercialism. Valentine’s day, say the detractors is just another overworked, guilt-stabbing conceit, a marketing bonanza riddled with erroneous intentions.

That of course makes it quite irresistible if you ask me. I love it! I always have done and no mealy mouthed, radical anti-utopian fairy tale squasher will flatten my enthusiasm. No matter how spurious the celebration might be it is not going to stop people sending fluffy messages of undying desire and loquacious love-speak to their girl or boy friend (anonymously and in invisible ink of course).

That said it should be told that red hearts and romance is not what Valentine’s Day was originally all about. In fact it wasn’t romantic at all. 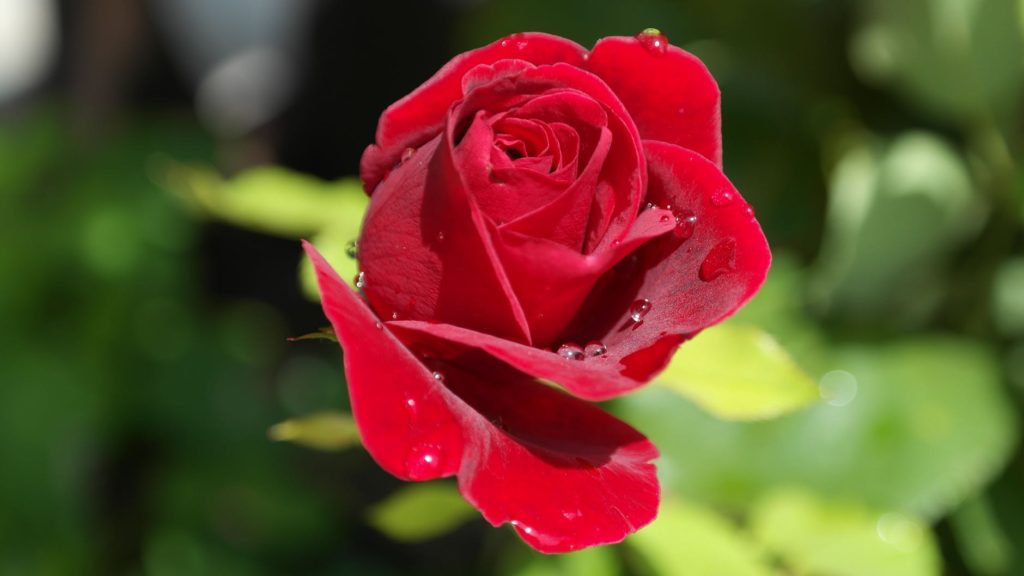 During the 3rd century AD the Romans celebrated the feast of Lupercalia from the 13th to the 15th of February, an ancient, pastoral annual festival observed in Rome to avert evil spirits and purify the city, releasing health and fertility. Lupercalia duly absorbed Februa, another spring ritual of purification held on the same date which, unsurprisingly, gave the month of February (Februarius) its name.

It was during one of these feasts on the 14th February that Emperor Claudius II decided, for reasons best known to himself, to execute two men – both called Valentine. (There have been more than a dozen Valentines over the years).

The Catholic church, shocked and indignant at such brutal behaviour, made the luckless fellows martyrs thus giving rise to the feast of St. Valentine’s Day. The Romans continued to celebrate with their own altogether grimmer dinner party, the Lupercalia. During this shin-dig the men perversely sacrificed a goat and a dog, then young women would line-up for the men to whip them with the hides of the animals they had just slain.

The Romans “were drunk and naked,” says Noel Lenski, a historian at the University of Colorado at Boulder. “They believed this would make them fertile.”

Well, I can’t see that going down very well in Post-Harvey-Hollywood. Anyway, that means there were two rival jollifications, Valentine’s day and Lupercalia and you batted with the side of choice. Later however, Pope Gelasius The First muddled things up in the 5th century by combining the two feasts hoping to expel the pagan rituals. 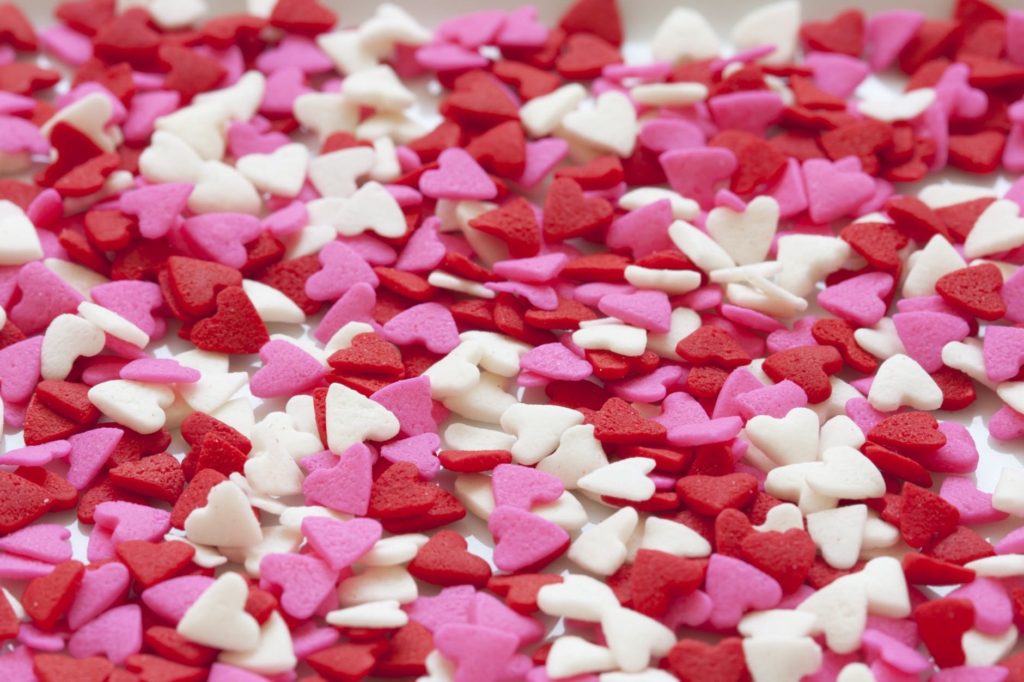 But this festival was a theatrical interpretation of what it had once been. Lenski adds, “It was a little more than a dissolute revel, and although the Christians put their clothes back on it didn’t stop it from being a day of fertility and love.”

So St.Valentine’s day progressed. But how did it go from a dangerous quasi-religious leg-over jamboree into a conciliatory day of tender loving care? Well one enduring story is that of yet another Patron Saint named Valentine.

He was a Roman Priest at a time when the Emperor Claudius The Second liked to persecute the church. He prohibited young people getting married because family-free soldiers were preferable to send to war.

Against this louche behavior rose the Christian faith preaching that marriage was sacred and should be encouraged. Nobody did more to promote the thesis than the good Saint Valentine who risked his neck by secretly marrying couples. 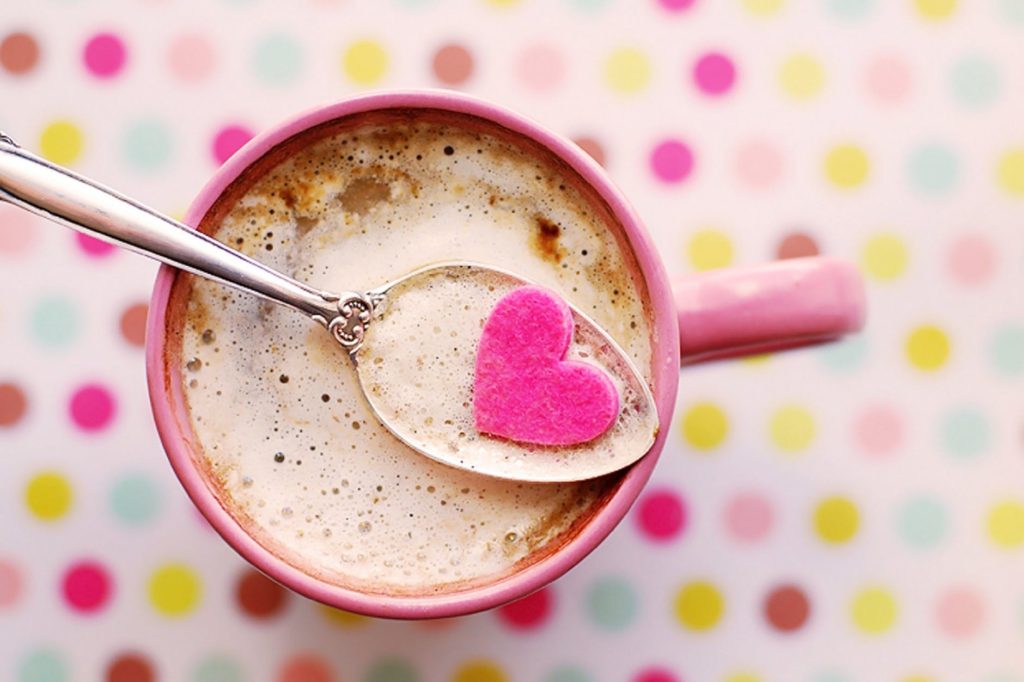 On February the 14th he was eventually caught, imprisoned and tortured for performing these ceremonies. One of the men who convicted him was a man called Asterius, whose daughter was blind. Valentine was supposed to have prayed with, and healed, the young girl with such astonishing effect that Asterius himself became Christian as a result. This inflamed the Emperor enough to sentence Valentine to a three-part execution; a beating, stoning, and finally decapitation all because he didn’t like Christian marriages.

It is said that the last words Valentine wrote were dashed off to Asterius’ daughter signing it, “from your Valentine.” thus the sentimental and somewhat poignant card was born. Whether Valentine was having inappropriate thoughts about his friend’s daughter is open to conjecture but the fact that he was so brutally bullied for his profound belief in the right for loving couples to be blessed, it has secured his ranking as the sacred saint of romance.

Unwittingly Valentine created a rostrum from which the clumsy, shy and hapless hopefuls as well as the poets, cougars and roués could deliver covert messages to their secret paramours. Add in red flowers and the Valentine-ist was on his way. Even before civilised times the colour red represented fire and heat but in Valentine’s case it may well have symbolised his blood.
How did it become so popular? Well I blame Shakespeare. And Chaucer.

As the years went on, the holiday grew sweeter. Chaucer and Shakespeare romanticised it in their work, and it gained popularity throughout Britain and the rest of Europe. Handmade paper cards became the tokens-du-jour in the Middle Ages. 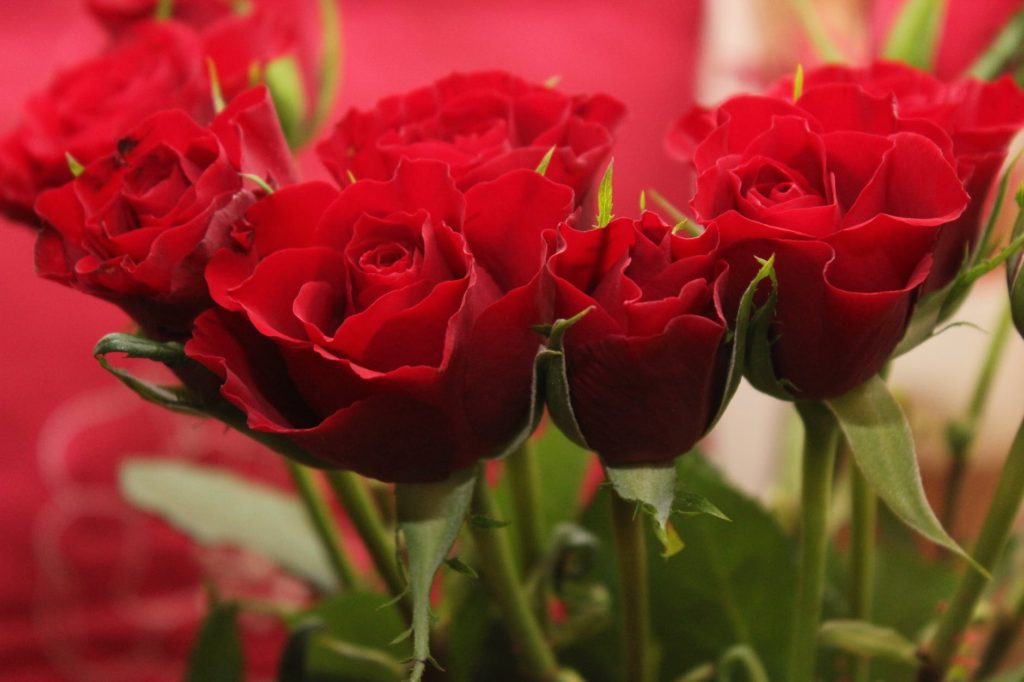 Eventually, the tradition made its way to the New World. The industrial revolution ushered in factory-made cards in the 19th century. And in 1913, Hallmark Cards of Kansas City, Mo., began mass producing valentines. February has not been the same since.
Today, the holiday is big business: According to market research firm IBIS World, Valentine’s Day sales reached £12billion last year; this year’s sales are expected to go up by about billion.

Talking of red flowers, why limit your expression of undying love to red roses? In February if a rose is in flower it will probably have been forced under glass with one stem in the grave with a bloom about as ephemeral as a tear drop.

Far more original and every bit as effective is: The Helleborus.

This garden candy will happily flower outside on St Valentine’s day in beds or can be brought indoors and be put in a pot for a short time before being let out again. It is an evergreen perennial growing to 40cm high with spectacular double red flowers, from February to April. They look good in groups too and even better if under-planted with snowdrops.

Bee pollen is the super food everyone should have, says health and well-being expert Denise Kelly