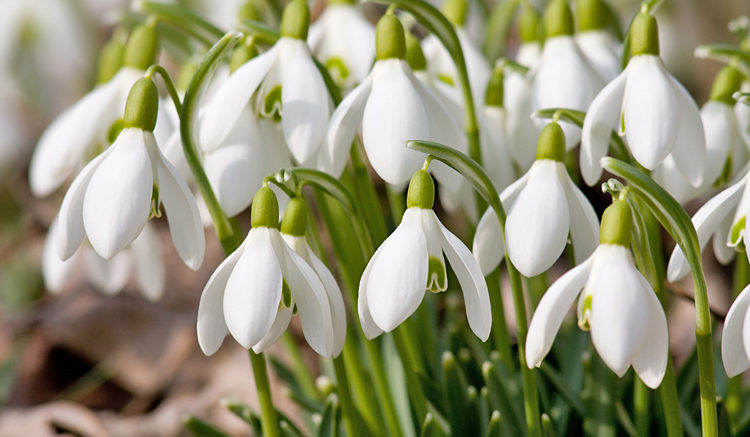 If I gave you £1,390 to spend on anything you wanted what would you do with it? Buy something special for your loved one? Give it to Barclaycard? Hop off on holiday? Gamble on Battaash in the 2.30 at Longchamp? Or perhaps drop it into the cap of a homeless soul?

Well, there are dozens of possibilities but I bet you wouldn’t spend it on a single snowdrop bulb. But before you think I have lost my tubers I can tell you that recently this did happen. A collector spent that amount on a costly little snowdrop bulb bred by Joe Sharman of Monksilver Nursery. It was listed on eBay as a Galanthus plicatus (Latin for snowdrop) “Golden Fleece”.

Why did he or she buy it? Well every now and again dotty obsessionists will dole out unrealistic amounts of cash for a plant bulb that you and I wouldn’t notice if it was stuck up our noses. With a price more in line with what you might spend on a half carat diamond ring, the zany world of galanthophiles, (enthusiastic collectors of snowdrops) is going up the garden path. 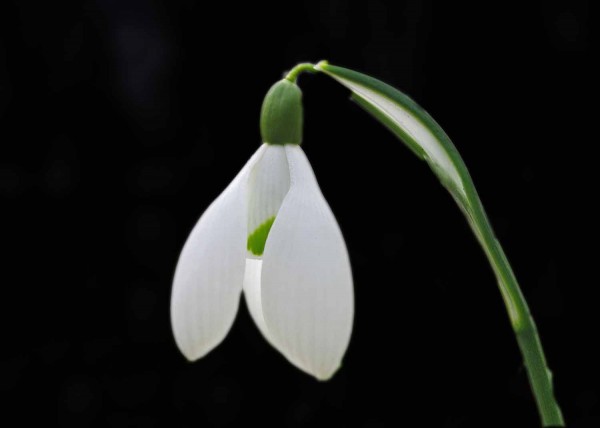 To throw a little light on this particularly extravagant transaction the anonymous bidder did at least buy the very first fully developed pterugiform snowdrop ever bred (a tricky word used to describe the shape of the flower).

But it isn’t just the “Golden Fleece” that has had the dibbers dibbling. In 2012 another snowdrop bulb, the Galanthus ­woronowii “Elizabeth Harrison” sold for a comparatively meagre £725. It was bought by Thompson & Morgan, the seed giant.

A striking little flower mixing golden yellow petal markings with the silence of the white snow of winter. It had been cultivated by an elderly Scottish couple in Perthshire, Scotland. Happily, the money raised went towards helping them maintain their garden, which becomes ever more challenging to them to maintain.

Would you like to hold one of these little snowdrops that cost a stamen and a pistil in your hand, to look at it and wonder? Well, you can’t. Joe Sharman of the Monksilver Nursery has had their roots tagged and employs a private army of mercenaries to guard his booty twenty-four on twenty-four.

Visitors are by appointment and only on certain days for short periods of time. If you are interested in getting a bulb or two you had better be ready to be cross-examined by a seven-foot warden who will interrogate you and make quite sure that you are a fully paid-up, bona-fide galanthophile with no impure thoughts about helping yourself.

Resolute galanthophiles, a somewhat heroic bunch, nowadays need to be either captains of industry, stars of entertainment or extremely adept at begging, borrowing or stealing if they are to pocket one of these wee treasures. The chances of securing a “rare-breed” snowdrop bulb for few quid have long gone.

These days we seem to have gone into snowdrop meltdown, however such seemingly irrational plant madness isn’t new. It happened before with Tulip Fever back in the early 17th century, but more about that in a minute. 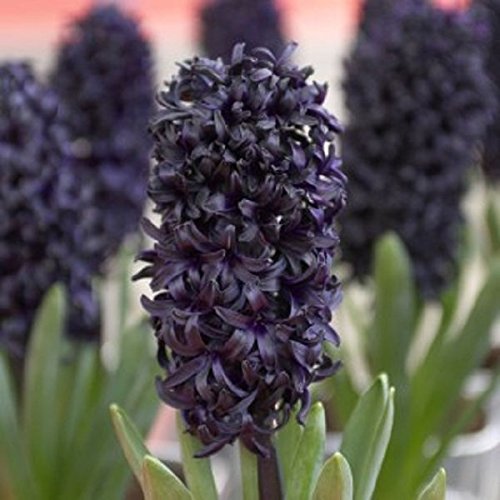 I just wanted to tell you that as we are talking about high end bulb prices the afore mentioned Thompson & Morgan seed company purchased the world’s first Black Hyacinth bulb, Midnight Mystique in 1998 for a torpefying £50,000.

Can you imagine popping into the corner florist to buy some hyacinth bulbs to plant up and give to Granny for her birthday.

“Good morning. May I help you?”
“Yes please, I would like a couple of hyacinth bulbs.”
“Certainly. Have you any particular colour in mind?”
“No, not really. Those ones look okay.”
“Just the two or would you prefer a basket of five?”
“Oh, I think two will do. How much will that be?”
“A hundred thousand pounds exactly.”
“Seems a little steep, a hundred thousand pounds for a basket of five bulbs!”
“No, no, that’s just for two.”
“Do you take ‘Contact?”

It took 15 years of dedicated breeding before it was available to the public and demand has always out stripped stock.  Now, getting back to that 17th century Tulip Fever story I mentioned earlier.
In 1637 a Dutch tulip catalogue displayed a tulip known as,”The Viceroy”.

The bulb was offered for sale at between 3,000 and 4,200 guilders depending on size. That was about ten times the annual income of a skilled crafts-worker who earned about 300 guilders a year. At one point 12 acres of land were allegedly offered for a single Tulip Semper Augustus bulb.

This was the moment of Tulip mania, a period during which contract prices for some tulip bulbs of the recently introduced and fashionable plant reached extraordinarily high levels and then dramatically collapsed in February 1637.

Tulip mania is generally considered to be the first recorded speculative bubble, a socio-economic phenomenon rather than a significant economic crisis. That is, a situation when asset prices stray from the company’s intrinsic value. It is difficult to pin point why this happened because there is a lack of economic data of that period that isn’t speculative.

It is most likely a fashion-led nonsense in many ways, a fad whereby the demand for this “new” flower imported from Turkey outstripped the supply. Prices rose to giddy heights then crashed ruining investors and severely shocking the Dutch commerce. Like many bubbles, prices were driven by greed or the fear of missing out. Speculators were buying bulbs in the hope that they could sell them on at an even higher price.

We saw it in the 18th century with the fabled South Sea Bubble, then the Wall Street Crash of 1929 and more recently the dotcom boom of the late 90s. What’s next? Bitcoin?

Whatever, hang onto that original 1850 signed copy of Alexandre Dumas’ The Black Tulip that you may have in the attic.  You can, of course, buy reasonably priced Black Tulip bulbs on line. Needless-to-say they are not black-black but they sure don’t look like snowdrops. Rare or otherwise.