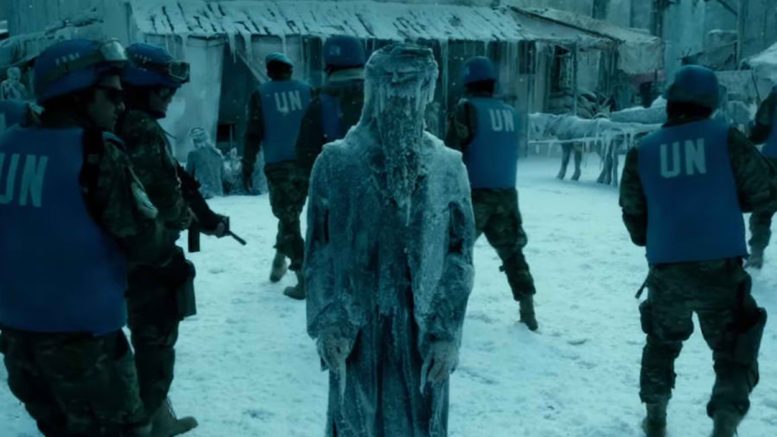 In Geostorm (12A), world governments have come together to create the Dutch Boy Program: a net of satellites that surround the planet, which are designed to prevent natural disasters. But when this creation begins to attack Earth it’s up to Jake Lawson (Gerard Butler) to uncover the real threat before the world falls victim to worldwide catastrophic weather events.

This is one of the most insane disaster movies I’ve seen in a long time. The special effects are mind-blowingly entertaining. The explosion-filled race through Hong Kong was a personal favourite. The editing is very well-done as well. The action scenes were very exciting, the tense moments had me on the edge of my seat and the emotional moments were impactful.

The acting is pretty good all round. Butler is once again very charismatic and likeable, as is his character’s brother, Max, played by Jim Sturgess. Their relationship is very believable and they have great chemistry together. Abbie Cornish’s secret service agent is a bit wooden at times but she does have a few bad-ass moments. Andy Garcia also makes one classy president. There is a bit of humour as well leading to several funny moments.

What I really liked was that it wasn’t all about the scenes of global destruction. There is a conspiracy subplot that is very engaging and it keeps you guessing, maintaining a high level of suspense and excitement throughout.

You need to throw the physics rulebook out the window if you go watch this. The whole idea of satellites controlling the weather is ludicrous but it doesn’t matter when it’s so entertaining.

Geostorm is not going to win any Oscars but that doesn’t matter because it’s a very enjoyable popcorn flick. Impressive CGI, good performances and an interesting plot make this a great film to catch this weekend.