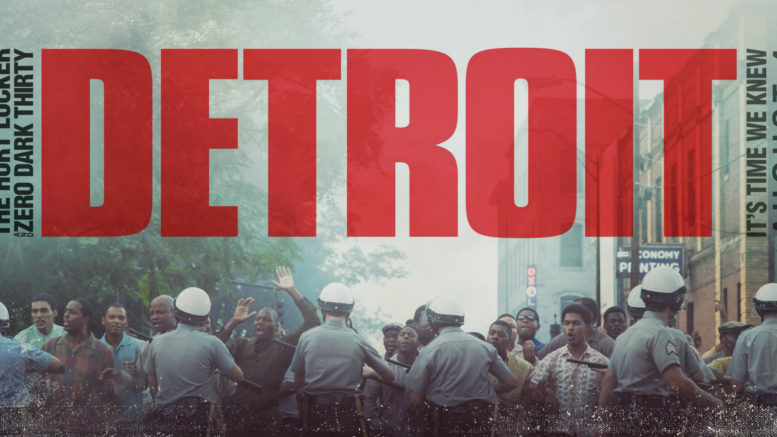 Kathryn Bigelow delivers a tense, gripping, and horrific depiction of the Algiers Motel incident in 1967, during the Detroit riots.

Detroit (15) tells the true story of what occurred inside the motel on July 25th, of that year, during the racially charged riots in the city. A number of African-American men, as well as two white women, were brutally assaulted by members of the Detroit Police Department, with three of these men being murdered by the DPD.

Detroit features an all-star cast who all deliver great performances. There were perhaps too many characters, meaning it was hard to keep track of all of them. Especially with a run time of 140 minutes, this story might have been better suited for a TV mini-series instead of a feature film.

That being said, the stand performances came from Algee Smith and Will Poulter. Poulter plays the cop taking lead in the Algiers Motel, he delivers an incredibly authentic, and at sometimes scary performance, the way he treats people in this film was hard to watch at some points, that shows the level of realism in his performance.

Smith plays an up-and-coming Mowtown singer who is at the motel just trying to get away from the riots, his performance was fantastic, incredibly raw and emotional, and we see his character go from youthful swagger to a broken man over the course of the film, which I found to be very powerful.

The camera work was a bit too shaky in parts, with extreme close ups making it hard for me to concentrate on what I was supposed to be seeing. I also noticed a bit of plot hole, the men and women just seem to stand there and take the assaults instead of just saying, “that dead guy had a toy gun and fired it out the window”, that might not have changed anything but it could have potentially saved them from further abuse, just a thought.

Overall, Bigelow delivers a great retelling of a dramatic event, with great performances all round. However, due to a bloated script and an overly long run time, I felt like it dragged at times. That being said, it was an extremely powerful movie, and now we know what happened; but we still don’t know why…