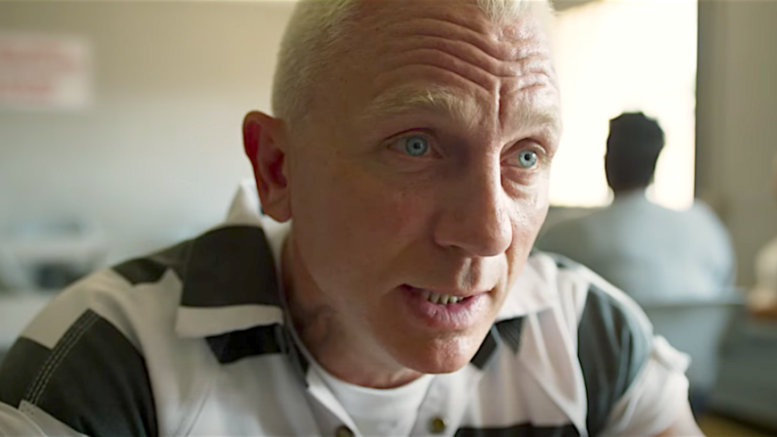 Logan Lucky (12A) follows the story of Jimmy Logan (Channing Tatum), who enlists the help of his one-armed war veteran brother Clyde (Adam Driver), and explosives expert Joe Bang (Daniel Craig) to rob a NASCAR race, after he is fired from his mining job underneath the speedway.

This was a fun movie. Directed by Steven Soderbergh, who also directed the popular Ocean’s movies, he delivers an extremely entertaining, funny heist movie. The heist itself is very clever in the way it’s put together, fans of the Ocean’s series will enjoy the explanation montages of how they’re going to pull off the impossible heist, there’s almost a cinematic pleasure in watching it all unfold, so I thought that was great.

Craig steals the show in almost every scene he’s in, he is almost unrecognisable as Bang, a stark contrast to his suave and sophisticated Bond character. His comedic timing was impeccable, leading to some very funny moments.

Driver and Tatum also give great performances. Driver is especially great with his very emotionless performance, but add in the southern accent and continuous jokes about his plastic arm and he creates many moments of humour. Tatum is brilliant as the mastermind of the heist, with a desire to never give up no matter what was thrown at him.

The film drags a little in the third act, with them adding in new characters who don’t really have a lot to do in the time they were given, Hilary Swank, for example, is introduced with 20 minutes left and her FBI character felt a tad pointless as we were that close to the end.

Overall, I had a great time watching Logan Lucky, the comedy was great, with one particular scene in the prison that will tickle any Game of Thrones fan. A number of fantastic performances, including Seth MacFarlane’s weird Australian-British accent which was hilarious, and a clever heist all made for a very enjoyable return to the big screen for Soderbergh.

REVIEW: The Disaster Artist is a fascinating, sincere and heartfelt story about chasing your dreams