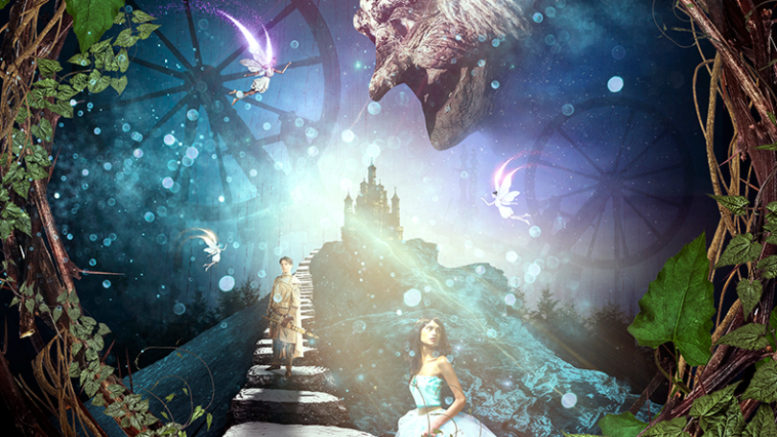 You know the story; the course of true love, knowing no bounds as it does, sees our prince and princess ride off into the distance after a fairy tale romance and they go on to live happily ever after. Except that kind of isn’t the case at all in this stupendously uplifting version of Sleeping Beauty from the Chichester Festival Youth Theatre.

That’s because this uproarious version of the timeless classic has been wonderfully, and successfully, re-shaped by Rufus Norris and the measure of this particular production, expertly directed by Lucy Betts, can be gauged by the enthralled audience at Chichester Festival Theatre last night.

This tongue-firmly-in-cheek take of Sleeping Beauty employs the basis of the original tale that sees a princess under a fairy’s curse prick her finger on a spindle inducing a visit to the land of nod for a hundred years. Only the kiss from a prince can wake her, of course.

The princess is stunning and full of character and she has to have that resoluteness as she navigates two princes and plenty of antagonistic thorns. Then there is the fairy responsible for all the unrest in the first place and ensuring stardust and spells can’t necessarily fix things in a jiffy.

It’s the new twists that make it such a captivating festive extravaganza, chief among them is a monstrous mother-in-law with a disturbing appetite for tasty cuts of human flesh!

Director of the National Theatre Norris has enjoyed great acclaim for his adaptation of Sleeping Beauty since it premiered at the Young Vic  back in 2002. No doubt it has enjoyed rapturous reception on many occasions in the intervening years and again this was the case for this showing.

Director Lucy Betts, formerly Head of Performance at the Yvonne Arnaud Theatre where her many productions included The Wizard of Oz and Oliver!, oversees what is a truly mesmeric Christmas production terrifically enhanced by the set design by Simon Higlett, and imaginative costumes by Ryan Dawson Laight as well as new music by Tom Brady.

Treat yourself to an additional Yuletide gift — beauty, after all, is in the eye of the beholder!