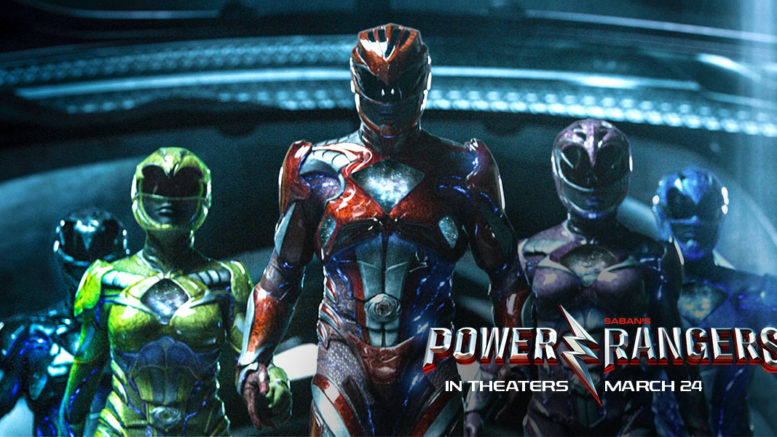 It’s Morphin Time! The Power Rangers are back in a surprisingly entertaining adventure. This is a new story based on The Mighty Morphin Power Rangers TV show from the 90s, and it follows a group of five teenagers who are infused with superpowers upon finding magic coins – they must harness these new abilities in order to save the world from destruction.

First of all, the most important part to a Power Rangers movie is the rangers themselves, and overall these relatively new actors give great performances, with great chemistry, and at times even bringing emotion and depth to particular scenes, whilst still keeping the cheese and corniness of the old shows.

Bryan Cranston was a superb casting choice for Zordon, Bill Hader is great as Alpha 5, bringing his usual wit to the character resulting in some funny moments throughout the film. The only miss-fire in my opinion was Elizabeth Banks as Rita Repulsa, her cheesy portrayal of the character took away from the serious performances from the rangers, who could have viewed this movie as their big break in a sense.

The action, when it did happen was good in parts, some of the CGI was very bad, taking me out of the spectacle of a set piece. Another flaw would be that there wasn’t enough action. I understand they were trying to build the characters, and move the story along but to have a film called Power Rangers, and not have them morph until the third act felt wasted. Don’t get me wrong, when the theme song was playing as the Zords were charging towards the battle, my inner 90s kid did a little fist pump. The nostalgia levels were very high throughout this film!

Overall, being a fan of the old TV show and movie, I really enjoyed this take on the Power Rangers, the lead actors were great, it was cheesy in parts, that is expected from a Power Rangers movie, but when all the actors are giving there all, the cheesy performance will stand out massively. Fans of the Power Rangers lore should also keep an eye out for cameos and call-backs to previous shows as well.

All of this made for a thoroughly enjoyable action adventure. GO GO Power Rangers!