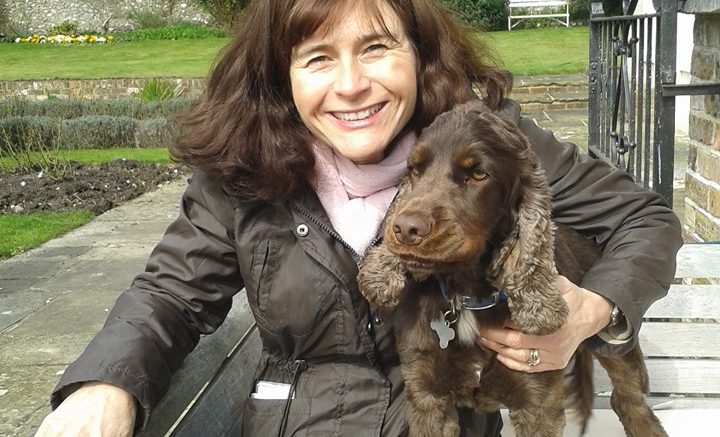 Miracle mum Amanda Newton has told of her heartbreak after learning a “beautiful” friend she shared a hospital ward with has tragically died.

Amanda made national headlines when her bike breaks failed and she crashed on Bury Hill and suffered horrendous injuries that left her paralysed from the waist down.

The mum of four, from Chichester, spent six months in Stoke Mandeville Hospital, and shared touching moments with her bedfellow, who she has learned has since passed away.

It means that out of all the desperately unwell patients in her row of hospital beds during her gruelling convalescence, Amanda is the only one who has survived.

She took to Facebook to pay a touching tribute to her friend after hearing the tragic news and said: “I shared many special moments in Stoke Mandeville with a beautiful lady in the bed next to me.

“We shared laughter we shared tears and we shared chocolate. I helped her write an application for a K9 partner dog as her injury level was higher than mine and she couldn’t write. We formed such a special friendship.

“Her spinal injury really knocked the stuffing out of her both mentally and physically. She was quite often very poorly. Well I learned my special friend passed away. A few months ago the lady in the bed next to her also passed away.

“A spinal injury has such an impact on the human body and some people never adjust especially those with more serious injuries and were more physically vulnerable to begin with. I am the only one left in that row of beds and it makes me really value all I have been blessed with. I’ll miss my friend so much but I know she is in a better place smiling down on me.”

The news brings into shape focus just how inspirational Amanda is, given her injuries and what she has achieved since her accident. 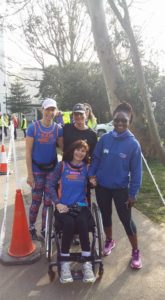 Amanda in action in her wheelchair

It was on 9 August 2015, while out on a training ride, that the rear brake on Amanda’s bike failed. She lost control her bike and crashed into a nearby bush, hitting an obscured road sign. Amanda was rescued by a passer-by and rushed to hospital, where she learned that she had a spinal cord injury and was unable to walk.

Then on 29 January 2016, after spending six months in hospital Amanda discharged herself, a month early. So she could spend her 45th birthday at home with her family.

Amanda, who lives in Yapton, was determined not to let her accident have a negative impact on her passion and spirit. She embarked on a mission to rebuild her fitness and physical strength.

Amanda said: “Keeping active isn’t a hobby, it’s a way of life when you’re in a wheelchair. It’s essential because your arms become your legs and without some form of physical fitness, day-to-day tasks would become even harder.”

To mark the first anniversary of her accident, Amanda took keeping fit and healthy to the extreme, by doing a sky dive and jumped out of a plane with her daughter Megan. 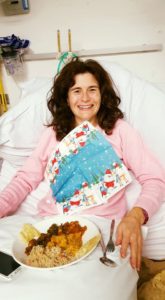 Since her accident not only has Amanda completed a sky dive, she has also taken part in triathlons and goes horse riding with her daughters. Amanda has also learned to scuba-dive. She has also given sailing and kayaking a go.

She added: “Some days I feel really strong and positive and others I want to hide away in bed all day. It’s on these down days that I’ve found it is most important to get myself up and do something active. Never have I ever not felt better for getting up and doing something.”