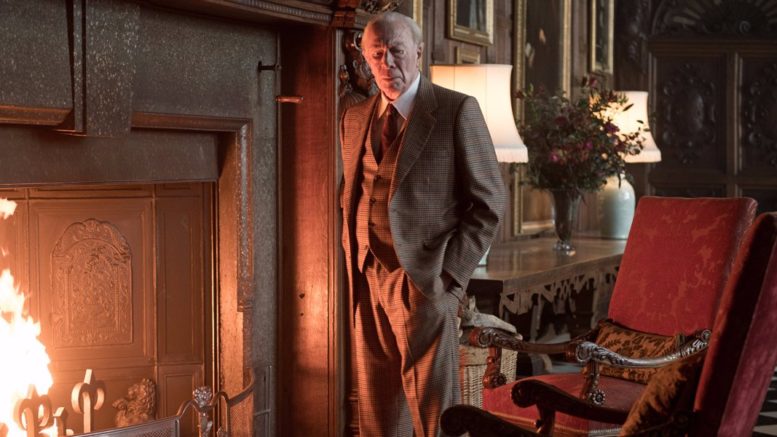 All the Money in the World (15) is the new film from Ridley Scott and is inspired by the true events surrounding the kidnapping of John Paul Getty III (Charlie Plummer). In this story we follow Paul’s mother (Michelle Williams) as she desperately tries to convince his billionaire grandfather Jean Paul Getty (Christopher Plummer) to pay the ransom.

If you didn’t already know, Christopher Plummer was brought in weeks before the film’s release to replace Kevin Spacey following accusations of sexual misconduct, assault and harassment made against the actor. The reshoots took eight days to complete, Plummer had two weeks to memorise his lines and 22 scenes had to be redone. The result…it was pretty seamless.

Let’s get to the main talking point, Plummer’s portrayal of Getty. He was fantastic, and he totally carries the film. However, one of the reasons I was looking forward to this film originally was Kevin Spacey, that being said Plummer was a perfect replacement. I don’t know why he wasn’t cast to begin with. The legendary actor was cold, care-free and brutal and his performance was marvellous. However, the film does falter whenever Plummer isn’t on screen.

The supporting cast were brilliant as well. Williams’ performance should not go unnoticed because she was amazing. Her fear of losing her son really drives her performance and the determination to save him really came through in some very effective emotional moments. Mark Wahlberg also delivers a fine performance as Fletcher Chase, the man Getty sends to negotiate the boy’s release.

The problems I had with the film started with its length. It is a very long film, sometimes you can watch a two-plus-hour film and it flies by because of the script, acting and moments of tension, drama or action. However, with this film I found myself feeling pretty bored. It is a very dialogue-heavy movie which could elicit boredom as not a lot happens in large chunks of the runtime.

The way the first 15-20 minutes was edited involved a lot of time and place-hopping which was quite jarring. It never really settled on a location for more than a couple minutes and when it did I found myself thinking; “ok, so are we present day now?”.

As well as this, there were a number of scenes that felt unnecessary. The ear cutting scene was included, I’m guessing to show the realism of the boy’s time as a hostage, but it didn’t really fit the tone of the film and I thought it felt a bit out of place. Also, there was a scene near the end of the film, and I’ll try to avoid spoilers, that felt completely pointless and was only included as an attempt to inject some tension into the third act.

Overall, All the Money in the World was a good movie with great performances from the whole cast. However, a lengthy run time, questionable editing and some unnecessary scenes stops it from being a memorable must-see movie.

That shouldn’t take away from the impressive achievement Scott and Plummer have accomplished with the reshooting of key moments of the film.

REVIEW: Downsizing is an average comedy but suffers from another case of misleading trailers