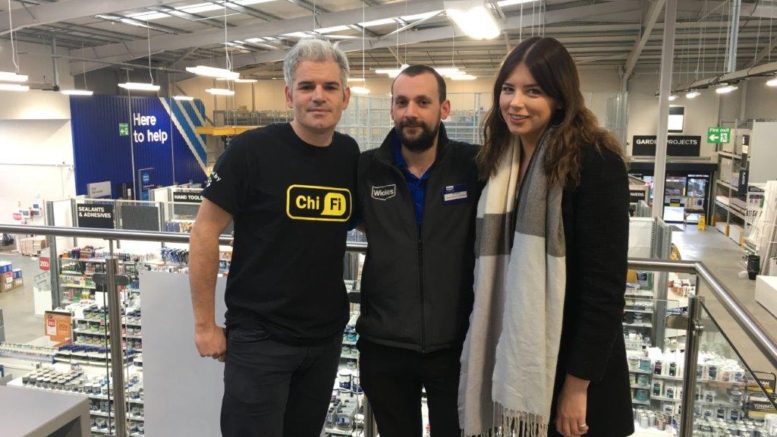 Chichester homeless charity Stonepillow has been handed a boost to their coffers thanks to kind-hearted footballers who played in a six-a-side football match.

Falbros Media Group (FMG) faced DIY giants Wickes to fight it out for the inaugural ChiFi Charity Cup and the former ran out winners.

Stonepillow offers shelter, information and support to empower homeless and vulnerable people to make positive changes in their lives. Homelessness continues to rise and has increased by 134 per cent since 2010. The charity aims to reduce rough sleeping in the Chichester, Arun and the surrounding areas.

Laura explains: “We provide a complete recovery journey for our clients, supporting them to make positive changes in their lives and find independent long-term accommodation that they can call their home.

“We are so grateful to Wickes and Chi-Fi for their fantastic fundraising efforts. These funds will make a real difference to people’s lives and ensure that we can continue to provide support to those in need. We could not run our services without support from the community, so we really appreciate local businesses fundraising for Stonepillow.”

Ryan Ewen, head of FMG — owners of the Chichester News — said he was proud to be part of the fund-raising initiative. And he paid tribute to those who helped make it happened.

He said: “Thanks, of course, to Roger Knight and to Wickes as well as Chichester College who kindly allowed us to use one of their pitches and facilities, which was a really kind gesture.”

“Ben Barnes of Game Set and Match (GSAM) produced the kit and we thank them so much for their assistance which really helped lift the profile of the event. The quality of the kit was outstanding and Ben turned it around in such a short period of time during a really busy period for GSAM while covering the all costs and time involved in producing the kit.

“Also, Danny Hollands, who was captain of Chelsea reserves and is now a midfielder with Eastleigh, came along to take part which, again, was also very kind of him. He is an amazing individual, so down-to-earth and so approachable. It was great for everyone involved to be on the same pitch as such a legend.

“Henry Brown, of Blaze Wireless, extended the #chifiuk network to the college so that free WiFi was available to supporters watching the game and this proved to be a big success, too.”

“Overall the event was a huge success in bringing local businesses and the community together, which could not have taken place without all the hard-work from everyone involved. We look forward to building upon this to further generate awareness and donations for Stonepillow.”

Our picture shows Ryan with Roger and Laura