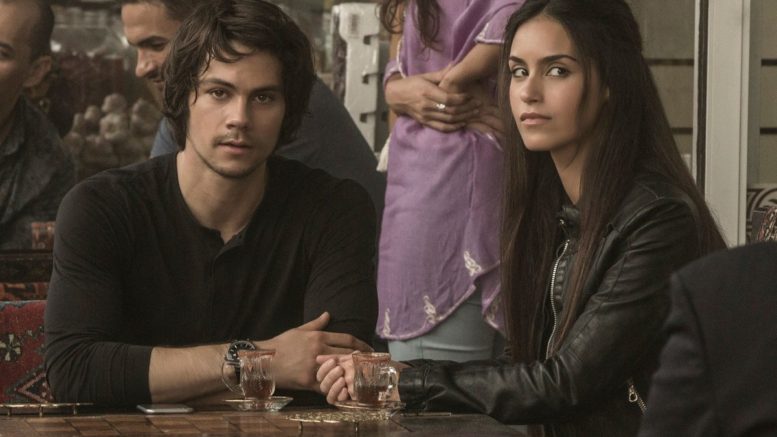 Mitch Rapp (Dylan O’Brien) is a black ops recruit assigned to Stan Hurley’s (Michael Keaton) team of specially trained terrorist trackers in American Assassin (15). Still reeling from the brutal terrorist attack that claimed the life of his fiance, Mitch must put aside his desire for revenge and focus on taking down a mysterious operative, code named Ghost (Taylor Kitsch), who is hell-bent on starting the next world war.

First and foremost, Dylan O’Brien is a solid lead for this movie. He’s a very likeable character, and I was totally behind his cause. I understood his motivation. He has a few snarky moments, some back and forth’s with Keaton which were great, and he’s clearly very capable physically. He had some entertaining hand-to-hand combat scenes; it may have been a stunt double but most of the time it looked like he was actually throwing down with the bad guys, which I am all for in an action flick.

Speaking of Keaton, that man is just great in everything. I’m not saying this is his best performance or anything but he’s just so charismatic. His character is very determined and focused on every task he carries out, and still manages to crack jokes while, for example, being viciously tortured. To sum up, he’s just a bad ass.

I loved the training scene, I wish they would have focused on the training for a little bit longer. Shooting virtual terrorists and hunting a target, in what can only be described as IKEA, was rather entertaining to watch.

The plot was a bit messy at times, yet another movie of 2017 that tries to do too much resulting in the plot becoming a bit convoluted. The pacing slows down as well in parts, meaning that chunks of the movie felt like they were dragging, which is never fun for an action-thriller.

I didn’t buy Kitsch as the villain. Now I don’t know if that’s because in the majority of his movies we are usually rooting for his character, but here he lacked an intimidating presence. Whenever he was threatening someone or committing a heinous act of violence, nothing screamed, wow that’s a bad dude. Now that may just be me…

Overall, I enjoyed American Assassin at times, but solid performances from O’Brien and Keaton were weighed down by a messy plot and a lacklustre villain.