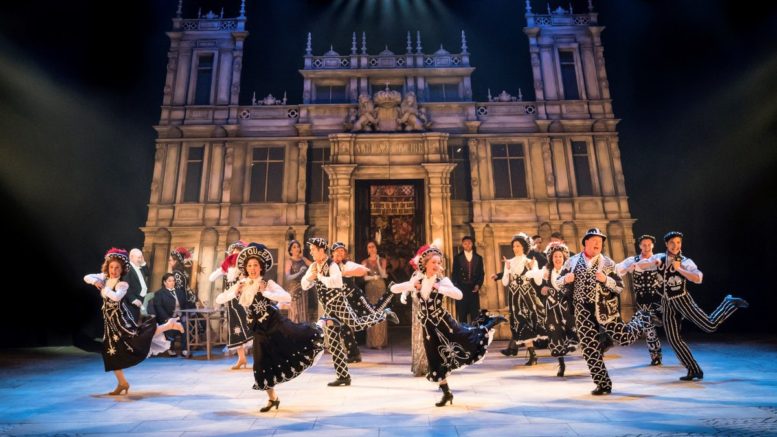 What’s this. guvnor? Star of the Me and My Girl Matt Lucas is unable to perform because of a troublesome nanny goat (throat) — surely, you’re having a tin bath (laugh)? There probably is no Cockney rhyming slang for “the show must go on”, but on it went without poorly Lucas, handing understudy Ryan Pidgen the lead role and an unexpected chance to shine. And boy, did he shine!

The absence of laid-up Lucas, resting his voice on medical advice, prompted artistic director Daniel Evans to take to the stage ahead of the performance of this much-loved musical comedy to relay the news, with audience gasps at the revelation.

Evans described stand-in Pidgen as his “hero” (no pressure then, Ryan) for stepping into the breach and with that utterance the mood changed from disappointment, to full-on defiant support. Evans, the reluctant showman at this point, had already won them over.

Pidgen was indeed heroic and delivered an almost faultless performance alongside TV favourite Caroline Quentin (what a voice — who knew?) as the rags-to-riches story unfolded, helped along with rousing renditions of timeless classics The Lambeth Walk and The Sun has Got His Hat On among others.

It all comes about when disquiet turns to disdain and then sheer dread among the hoity-toity clan at Hampshire’s Harefield Hall when chirpy Cockney barrow boy Bill Snibson (Pidgen) emerges as the long-lost heir to the title and the oodles of loot that comes with it.

Undeterred by his past life as a London wide-boy, the redoubtable Duchess of Dene (Quentin) is determined to knock Bill in to shape and dramatically convert him in to a refined gentleman, capable of living up to his new position as a Lord.

This is all well and good but his other half Sally (the rather excellent Alex Young) struggles to find her role in the whole episode and this in turn leads to Bill starting to question the reality of his own identity.

The ever-endearing Clive Rowe, as Sir John Tremayne, provides the perfect foil for much of the laughter but it is he who is chortling most when he, too, gets his girl.

With one-liners aplenty, brilliantly choreographed dance numbers and wonderful set designs, Me and My Girl is a feel-good knees-up of boisterous brilliance and surely a shoo-in to head for the West End, as previous Chichester musicals under Evans’ guidance have done.
Don’t wait for London.

Review: Ophelia Lovibond and Will Keen superb in The Stepmother at Chichester Festival Theatre