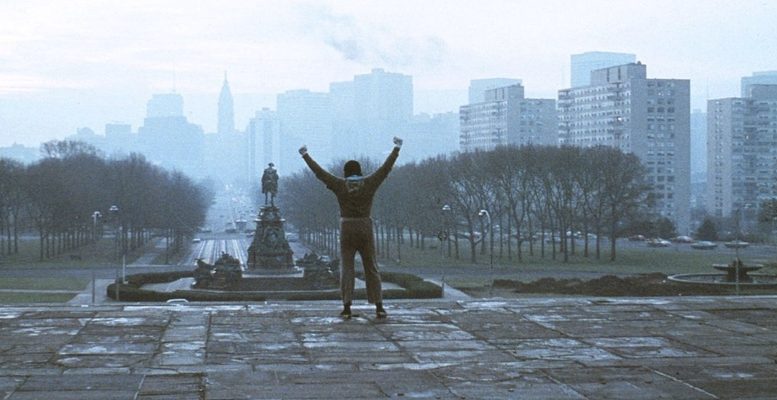 Battle of the Sexes, starring Emma Stone and Steve Carell, is now in cinemas. It tells the true story of the 1973 tennis match between Billie Jean King and Bobby Riggs. With that in mind I thought I’d compile my own list of some of the best sports movies.

This list will feature films that I have seen, so unfortunately, you won’t find fantastic sports films such as; Raging Bull, Miracle, The Fighter and Coach Carter on this list as I haven’t got around to seeing them.

Without further ado, let’s get into it…

Black and white basketball hustlers team up to increase their chances of winning money on the street courts.

This was a very funny sports comedy. Great performances from Woody Harrelson and Wesley Snipes, they have great chemistry together and they play off each other very well. The dialogue and comedy are very sharp and clever, with plenty of “yo mama” jokes thrown around. It does well to provide a lot of good comedy without being offensive.

The story is light-hearted and intelligent, and it does well to tackle serious issues such as; hustling, gambling debts and relationships. The basketball scenes are well directed with great slow-motion shots of spin-moves, dribbles and nothing-but-net shots. If you’re a fan of b-ball and like making fun of your friends, you’ll love this movie.

A rejected hockey player takes up golf to save his grandma’s house.

Ahhh, back when Adam Sandler made good movies. It’s the most ridiculously premise ever, seriously though; because he can smash a golf ball 400 yards means he can try his hand at the PGA tour, it’s so stupid. But it is absolutely hysterical! It’s the perfect movie that you can just turn your brain off, sit back and enjoy it in all its absurdity.

So many funny moments and characters, from the villainous Shooter McGavin attempting to foil Happy’s plans, to Ben Stiller’s corrupt funeral director, to Bob Barker who engages in one of the best movie fights ever. Seeing Mr Price is Right beat the crap out of Gilmore was and always will be hilarious.

The true story of the 1970s rivalry between Formula 1 hotshots James Hunt and Niki Lauda.

Rush is an extremely thrilling piece of entertainment. The story is very compelling, and it’s bolstered by tremendous performances form Chris Hemsworth and Daniel Bruhl. The former was great as the hot-headed British wild man, and the latter steals the show as the by-the-books Austrian tactician. Their rivalry is well-portrayed, creating some very realistic human drama.

The action is captured well, it’s gripping and exciting with some very impressive in-car footage. The supporting cast all give great performances, Olivia Wilde and Alexandra Maria Lara are solid as the love interests for both racers. The film also has a very authentic feel with the tracks, cars, helmets and sponsors all looking like they’re part of the 1970s.

A disqualified Jamaican Olympic sprinter enlists the help of a disgraced coach to start the first Jamaican bobsled team.

A moving, light-hearted story inspired by true events. Cool Runnings is full of laughs and general silliness, as well as good drama, bolstered by fine performances. The late, great John Candy gives an incredibly emotional performance, showing he had some serious range. The comradery of the team is well-done, creating a very authentic feel. It is a great underdog story with colourful characters, slapstick comedy and real heart.

The movie does a good job of getting you caught up in all the excitement and it will definitely bring a smile to your face. It also has a very uplifting message that encourages you to follow your dreams and whenever something seems impossible, just remember there is a Jamaican bobsled team. Feel the rhythm! Feel the rhyme! Get on up, its bobsled time!

The ultimate underdog story. Not just the movie but how it was made. Stallone only had $106 in the bank, no car and was trying to sell his dog because he couldn’t afford to feed it. When there was interest in his script for the film, he was offered $350,000 for the rights but refused to sell unless they agreed to let him star. The producers agreed but when they took the film to United Artists they cut the budget in half (2 mill to 1 mill) because Stallone wasn’t a big enough star. Its opening weekend, Dec 5th, 1976, saw it haul in $5,000,000 and Stallone became a global superstar.

The story is fantastic, consistently keeping you on the edge of your seat. The music is iconic, sure to give you goose bumps upon each viewing. The acting was incredible, with four of the stars being nominated for an Oscar. Rocky is much more than just a boxing movie, it’s a brilliant depiction of the human spirit and the determination it takes to succeed. The iconic training scene, the final fight and the emotionally-driven ending makes this not only a great sports movie, but one of the best movies ever made.

A group of “average joes” enter a dodgeball tournament to save their gym from being taken over by a corporate fitness chain.

Slapstick comedy, you either love it or you hate it. But you can’t deny that someone getting hit in the face with a ball isn’t funny. Dodgeball is witty crude in its comedy and you will spend the majority of the film creased up. Everyone looks like they’re having fun with their roles, especially Ben Stiller who plays the obnoxious fitness Guru, White Goodman, to absolute perfection. He is so over the top with his outrageous one-liners (“You’re a skid mark on the underpants of society”).

Rip Torn gives a hilarious performance as the sarcastic coach and Vince Vaughn is once again very likeable. There a lot of great cameos, including; David Hasselhoff as the brutal German coach and Chuck Norris as a dodgeball judge. Overall, this movie achieves exactly what it sets out to do, entertain.

Billy Beane, general manager of the Oakland A’s, assembles a baseball team by employing computer-generated analysis to get new players.

The true story of how Billy, with the help of Peter Brand (Jonah Hill), began trading, signing and grooming their team based on data, and not scouting. Director Aaron Sorkin does a great job of explaining all the baseball jargon to the audience, he does this by having Brad Pitt’s Beane be completely new to this system, requiring a constant breakdown of everything. Sorkin’s script is so sharp and intelligent, with exciting and fast-paced dialogue.

All the performances are stellar. Pitt is fantastic as Beane, he leads the film perfectly and captures the humanity of the character well. The chemistry between Pitt and the supporting cast was great. Hill gives one of his best performances to date, he broke his stereotype of being in over the top comedies by giving a dramatic and mature performance, whilst adding in some much-needed humour when required. Moneyball is typical crowd-pleaser, with a fantastic script, brilliant acting and superb direction.

Get entangled in the finely woven web of the new Spiderman movie; a Homecoming you’ll cherish…