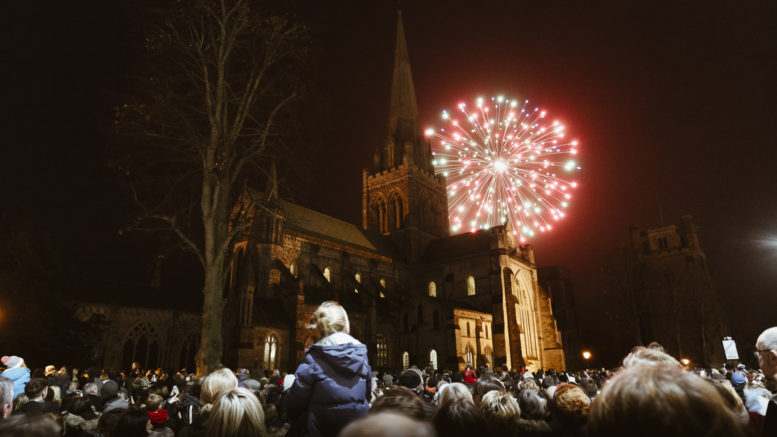 A fantastic fireworks display heralded Chichester’s big Christmas lights switch-on last night to the delight of a huge crowd in the city centre. The magical proceedings were met with a joyous response from visitors who flocked to the cross to witness the exciting turning-on of the lights, seen as the unofficial launch to all things festive in the run-in to the Yuletide celebrations.

Those who attended told of a community feel to the appreciation of the occasion and there were certainly plenty of “oohs” and “aahs” from the assembled throng. 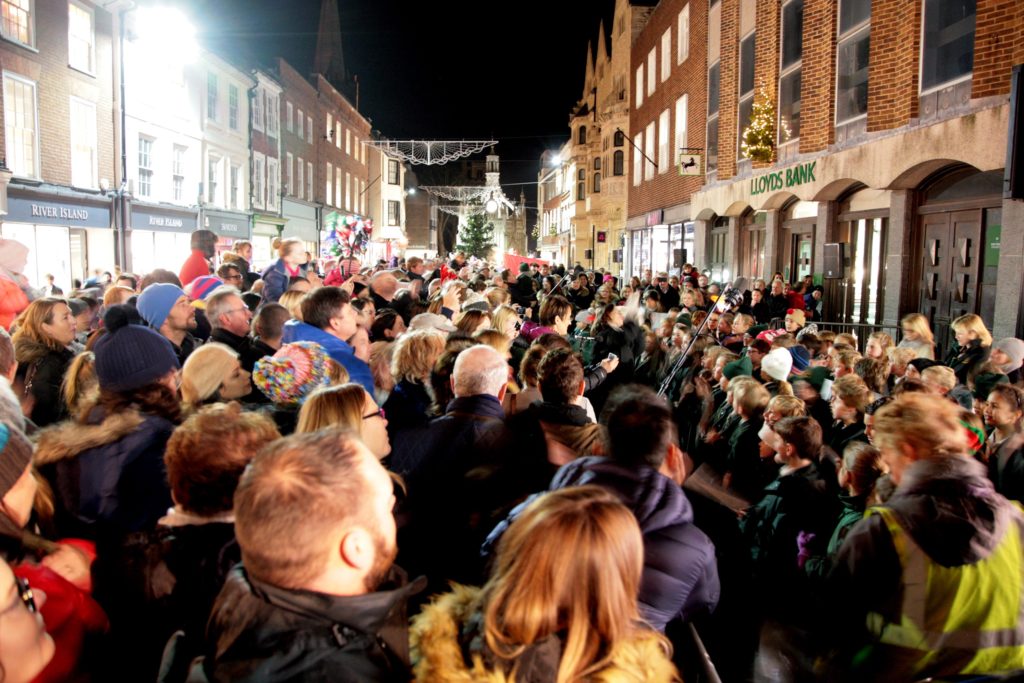 As well as the spectacular fireworks display, attendees were treated to a whole host of Christmas carols — and town crier Richard Plowman, a former mayor of the city, was in fine voice as he declared the festivities well and truly open. And their was more hilarity to be had once the party was under way. Popular city centre pub The Fountain, in Southgate, treated children to their very own white pre-Christmas thanks to a snow machine. 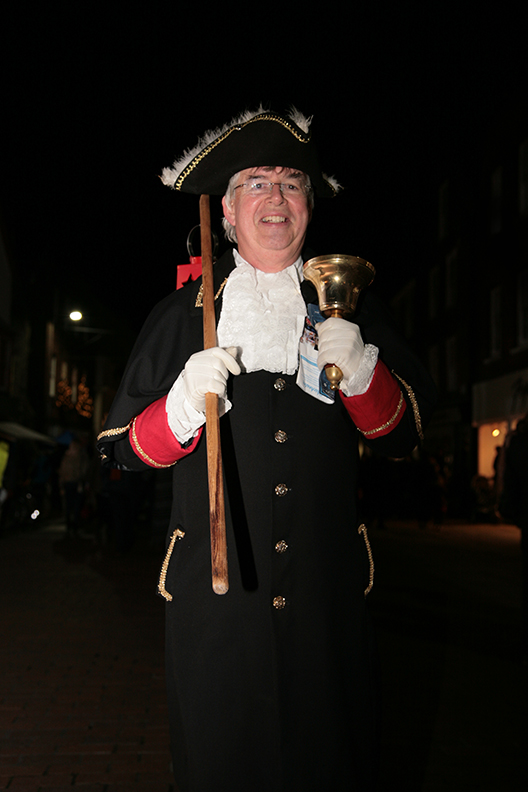 Town crier Richard Plowman was in fine voice during the proceedings

The fun-filled frolics went down a storm with children and parents alike. Tony Moore, dad to Ollie and Isaac, said: “The whole night was so well done and a credit to Chichester. From the carols being sun to the absolutely amazing fireworks display, the fun didn’t stop. And then to see ‘real’ snow outside the Fountain was an extra bonus. Well done to the guys for organising it!” 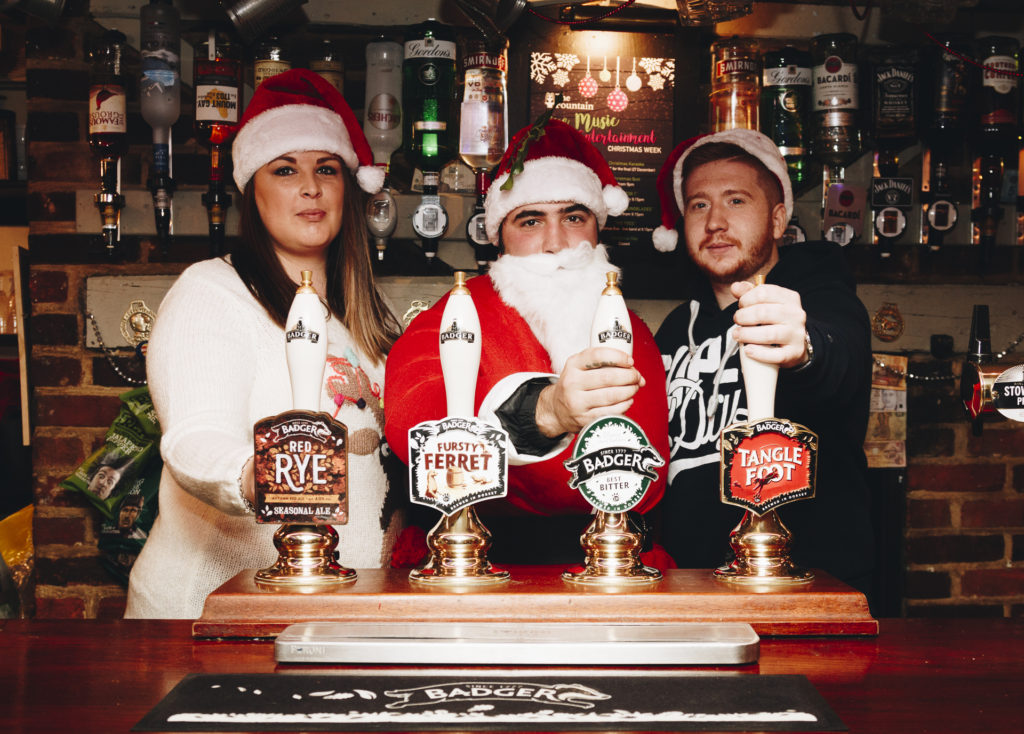 Meanwhile, City centre restaurant Purchases joined in the celebrations and did so to also help mark the anniversary of opening the popular venue in North Street. Tim Vaughan, manager of Purchases, raised a glass to celebrate the first anniversary and said: “It’s been a great night and we are looking forward to many more in the build-up to Christmas. It’s a very exciting time.” 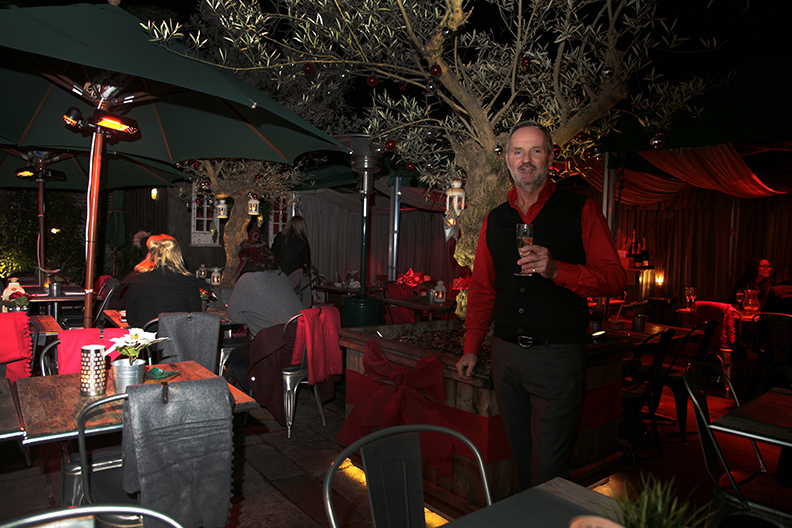 Elsewhere, Simon Bailey and his wife Margaret own and run Chichester’s popular independent gelateria and cafe Bailey’s Artisan Gelato. They stayed open until late to serve locals’ culinary needs and turned on their own Christmas lights, and serving warming hot chocolates, teas and coffees to the crowds: as well as their usual offerings of fresh gelato and hot waffles – the perfect evening treat, which can be enjoyed in their cosy upstairs cafe. 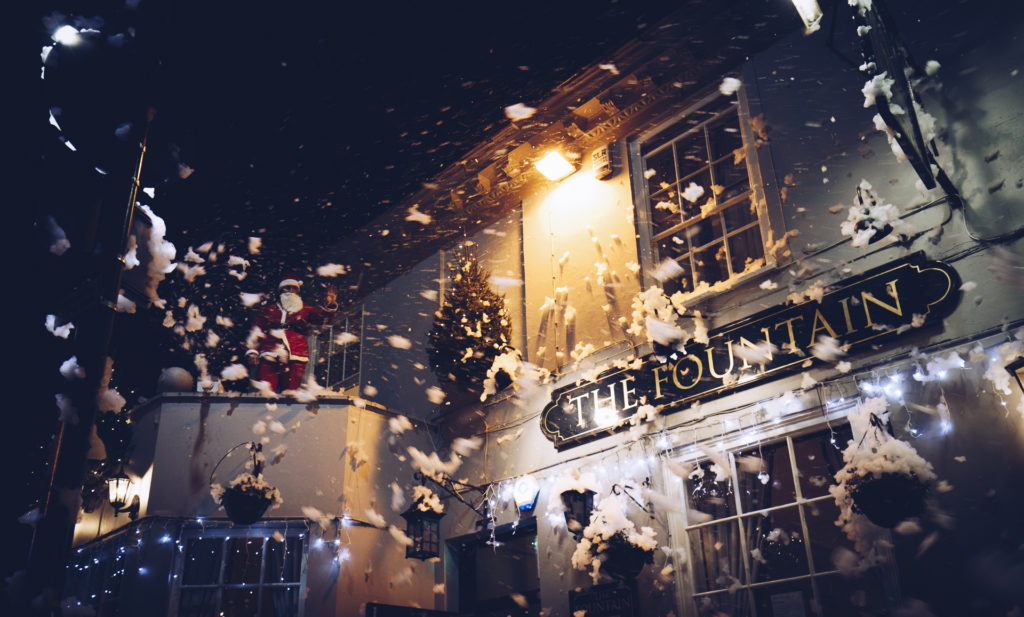 Simon said: “The switch-on last night was a great event. It was so lovely to see what felt like the whole community out in force, enjoying the festivities and the fireworks. I can’t imagine a more picturesque setting for fireworks than in Chichester’s city centre, surrounded by the lovely cobbled streets and the historic Cathedral and Market Cross! Everybody was in great spirits, and it really felt like the Christmas period was starting.” 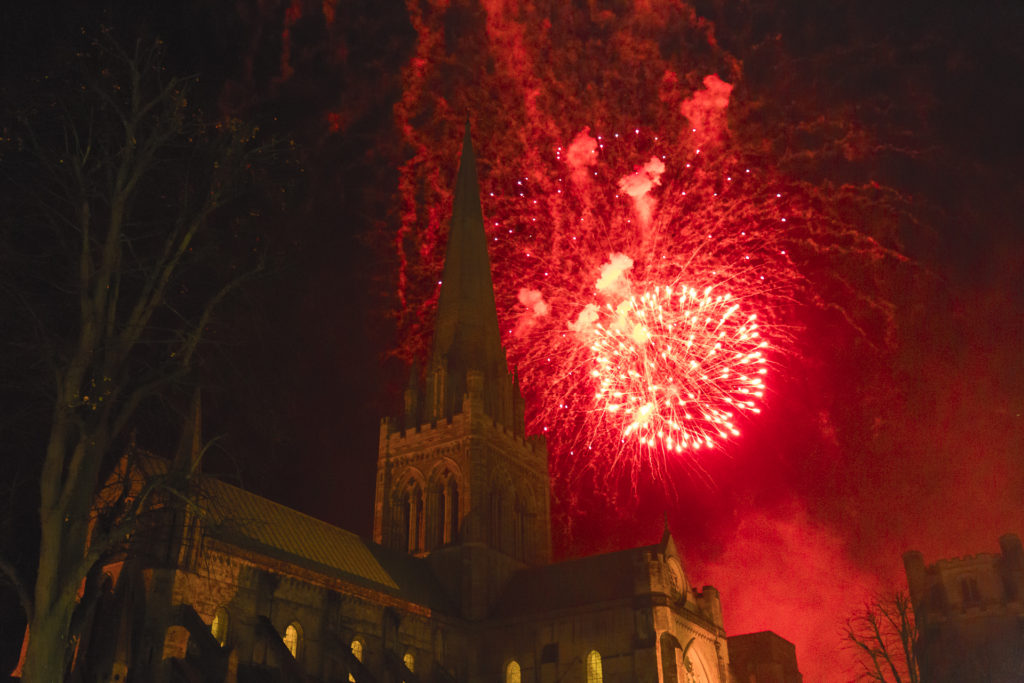 Margaret Bailey said: “We were perfectly placed to enjoy all the action from our cafe, and lots of customers seemed to agree! We were really busy all evening which was wonderful — lots of people were using our upstairs area as a nice retreat from the chill. We even had our own lights to turn on which we were very excited about — we’re very much looking forward to our first Christmas as a business in Chichester, and can’t wait to introduce some delicious festive flavours!” 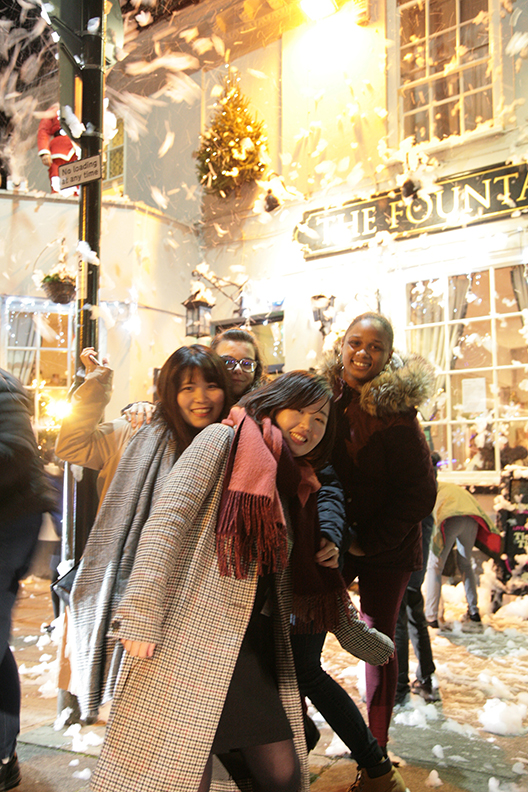