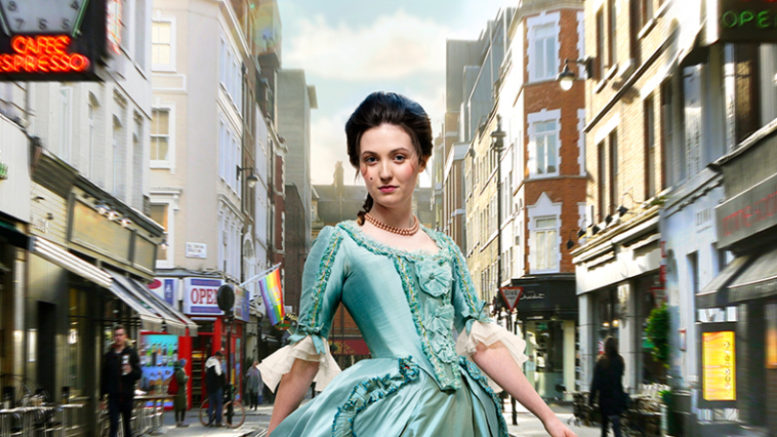 Take a posthumous bow, William Wycherley. And take a bow director Jonathan Munby. The former wrote what was the then shocking The Country Wife in the 17th century, a play that stunned a nation with its lewdness. The latter thrust new life into this filthy, funny and oh-so frolicsome play currently showing at Chichester’s Minerva Theatre.

He did so with the help of superbly crafted performances from a terrific cast who clearly enjoyed this bawdy romp, as did those who gathered to appreciate its near-the-knuckle humour, raucous innuendo and sheer outrageous candour.

None more so, seemingly, than Lex Shrapnel (is there a better name in showbiz?), who was excellent as bed-hopping Harry Horner — our lust-crazed swordsman with nothing but lasciviousness on his mind.

His mission is to bed wives aplenty and to help him do so he has a trick up his trouser leg; the fake eunuch scenario. And it serves him well, to a point. Among the many conquests, comes a new target in the shape of coy but game Margery Pinchwife, exquisitely portrayed by the rather exceptional Susannah Fielding. Her butter-wouldn’t-melt character has come up to that there London from the sticks with bright eyes and an innocence Shrapnel is keen to exploit.

Thera are lots of laughs in this energetic, breathless affair with a pleasing rhythmic cadence that offers a glimpse into the rutting politics from London circles in a bygone era. But it also brings into sharp focus the various sexual scandals swirling around the great and good here and now despite a 300-year gap. Mentioning no names now…

THE COUNTRY WIFE
By William Wycherley
Until 7 July