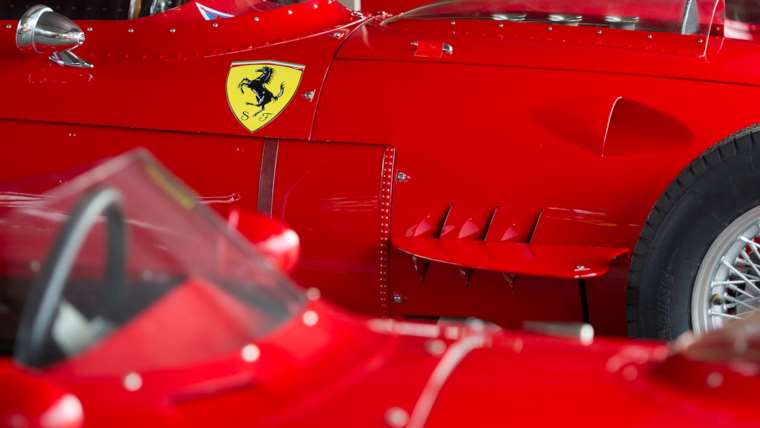 Goodwood’s prestigious Festival of Speed has, seemingly, never been more popular. That’s if you go by the rate at which tickets have been sold for the high-octane pageant for petrol-heads, which takes place from Thursday June 29 to Sunday July 2.

Tickets are already sold out for the Saturday and weekend of the jamboree, a festival for motor-lovers which is billed as boasting “cars, stars and motor sport royalty at the largest event of its kind, gathering the planet’s rarest and most glamorous cars”.

Tickets for the Thursday, Friday, and Sunday are selling fast. And they will sell a lot quicker when Ferraris fans realise just what an extravaganza they are in for – a stunning collection of at least 70 significant Ferraris, as the legendary marque celebrates the 70th anniversary of its founding by Enzo Ferrari.

“A jaw-dropping variety of Ferrari’s finest road and racing cars will be found at the festival, including competition sports cars and single seaters, incredible road cars, and the very latest supercars,” says a spokesman. “For lovers of the iconic Italian brand, it will be a truly once in a lifetime experience.”

Indeed, a number of the most celebrated Ferraris will be in action up Goodwood’s famous 1.16-mile hill, including 25 iconic single-seater Ferraris, covering each of the key post-war Grand Prix eras. And they will powered by four, six, eight and 12-cylinder engines, with normal aspiration, superchargers and turbos.

Sports cars in action will chart Ferrari’s landmark successes in all the great endurance races, from the late 1940s right through to the present day. A mouth-watering line-up of current production cars will grace the Michelin Supercar Paddock, as well as running on the hill.

Hospitality packages are available throughout the weekend. To buy tickets or enquire about hospitality visit www.goodwood.com or call the ticket office on 01243 755 055.