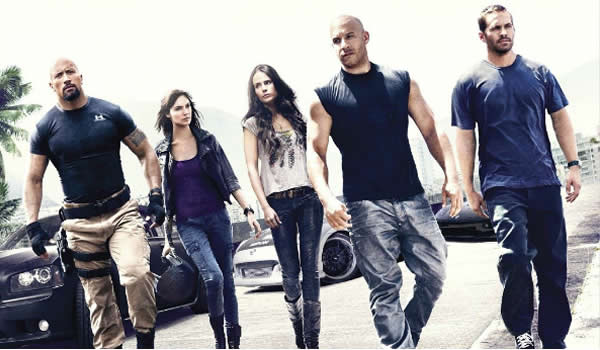 The family is broken…

This is the 8th installment of the popular franchise, and with most franchises when they hit 8 most will lose their edge and become stale. However, this is not the case with F8…

What I’m about to say is in the trailers so I won’t be spoiling anything, but in F8, Dom (Vin Diesel) betrays his family and joins forces with Cipher (Charlize Theron) who seduces him into a world of terrorism, meaning our crew will have to face some of their biggest challenges yet in order to take them both down.

What I liked about the film was the action, fans of the series will be accustomed to the absurdity of these movies, and while it doesn’t quite top the skydiving cars and jumping cars between skyscrapers scenes from F7, it still retains the usual physics defying carnage the franchise is now known for. One particular scene in a prison with Johnson and Statham is gloriously chaotic, I’ll say no more…

Watching the trailers, being a huge fan of the franchise, I was annoyed and confused that Dom would turn on his family. However, when I saw the reason for his betrayal it all made sense, I won’t say anymore on that to avoid any spoilers. Charlize Theron was a particularly interesting villain, and by far the best one we’ve seen in a Fast movie so far, she was cold, intimidating and a worthy adversary for our crew. My only fault with her character was that I would have liked to have seen her get involved in some hand to hand combat, as we’ve seen in Mad Max: Fury Road and her upcoming film Atomic Blonde, she can definitely kick some ass.

My only faults with this movie was, except for the opening scene in Cuba, it didn’t feel like a Fast and Furious movie anymore, now I don’t know if that was because of the absence of the late Paul Walker, or the fact that they are trying to take the franchise in a new direction. They ditched their street racing roots in favour of more of a heist movie feel in F5, but in my opinion F8 felt like a completely different movie with the same set of characters.

Overall, I had a blast with this movie, it’s very enjoyable with some great action scenes, New York in particular, and it even has some effective emotional moments.
It was also nice to see Dwayne Johnson have more screen time in this installment, as he was significantly absent in the last one. You need to go into this movie with the idea that the laws of physics don’t apply to these guys, and with them constantly trying to one up themselves in terms of stunts, it wouldn’t surprise me if in F10, they went to space….I’d definitely watch that