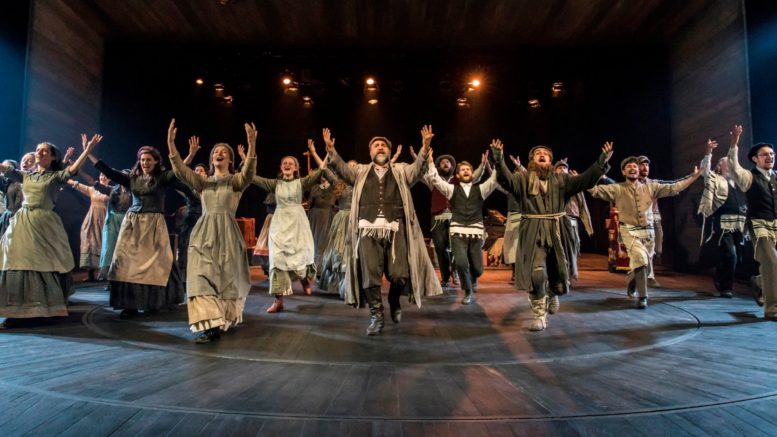 Omid Djalili proves he has so many strings to his bow with a triumphant performance in a breathtaking production of the utterly unmissable Fiddler on the Roof at Chichester Festival Theatre.

One of the central themes running through this barnstorming yet poignant musical is match-making; evident here, for Djalili is a casting masterstroke – proved by his playfully joyous and laugh-out-loud grasp of the role.

A standing ovation bordering on rapturous adulation greeted Djalili, making his Chichester debut, and the cast, as the curtain fell on this rip-roaring tale of tradition, love, change, hope and destiny.

The setting is a tiny village in Imperial Russia as the 1905 revolution brings a wave of mass political and social unrest that spreads through the empire. Djalili stars as Tevye, a dirt-poor dairyman.

He and his wife, Golde (Tracy-Ann Oberman), are blessed with five charming and charismatic daughters. The matchmaker Yente (Liza Sadovy), who “believes any husband is better than no husband”, strives to make appropriate marriage plans for them all. 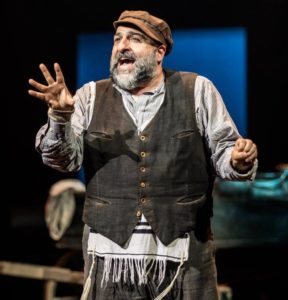 But Tevye’s strong-of-volition daughters have their own ideas about who to wed. And as change and new ideas arrive from the big cities, watering down the old ways of life, the sisters are not alone in their desire for something fresh in their lives.

Songs such as the fabulous If I Were A Rich Man, Tradition and Matchmaker are presented with impeccable everything, thanks to a cracking cast of 28 actors and an orchestra of 13 musicians.

Djalili is a multi award-winning comedian and actor, whose credits include Oliver! in the West End and, on film, The Infidel, Shaun the Sheep and Casanova. This imperious characterisation surpasses all his previous roles, surely?

It must have been music to the ears of Daniel Evans, artistic director. He has delivered a musical to drown out the last remaining strains of last season’s tumultuous reception for Half a Sixpence. Charlie Stemp and Co. went on to feverish acclaim in the West End. Expect Djalili and Fiddler to match it.

The Norman Conquests; achingly-funny Ayckbourn trilogy at its best at Chichester Festival theatre