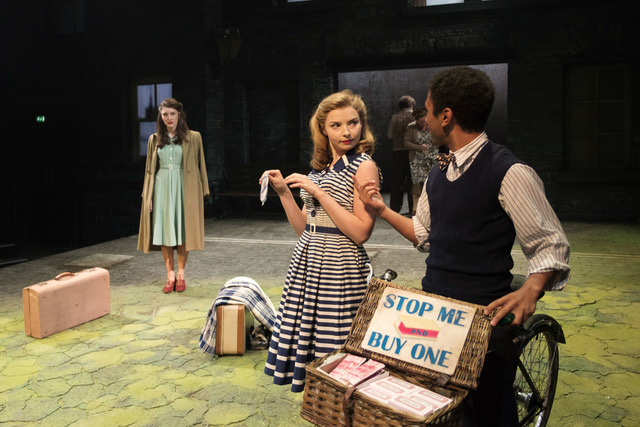 Edna O’Brien, in her memoirs, says she cried a lot while writing The Country Girls. It is easy to see why, on the evidence of last night’s production at the Minerva Theatre (until July 8). But tears of joy mixed with anguished sobs, surely?

Because for all of the pain, prejudice and pressure endured by central characters Kate and Baba there was also so much laughter, gaiety and joyfulness as they blossomed in this poignant coming-of-age story.

Kate and Baba are bosom buddies (in a literal sense thanks to a mishap with some deep heat) and they yearn to explore the world beyond the west of Ireland, and get the chance to do so after a particularly examining period at a convent school.

Angst-ridden awakenings ensue on their journey from the 1950s backwaters to a new life, with new hope. The big city calls and Dublin dutifully delivers; it tugs at their innocence (more so at Baba’s than Kate’s) before impossible love, eggnog and a more refined awareness helped by lines from James Joyce, no less, leads to thoughts of London.

Grace Molony, as Kate, embraced wonderfully the wide range of emotions needed for the role; she even got to sing and even in her character’s darker episodes her enchanting enactment, she always seemed to have a song in her heart; a poet’s heart at that.

As devil-may-care Baba, Genevieve Hulme-Beaman acts her part with an empowering glint in her eye in what is a perfectly pixyish performance; a sublime foil for Kate.

Joyce said Ireland is the old sow that eats her farrow. Director Lisa Blair, making her debut at Chichester, her cast and crew prove otherwise in the shape of these Country Girls.