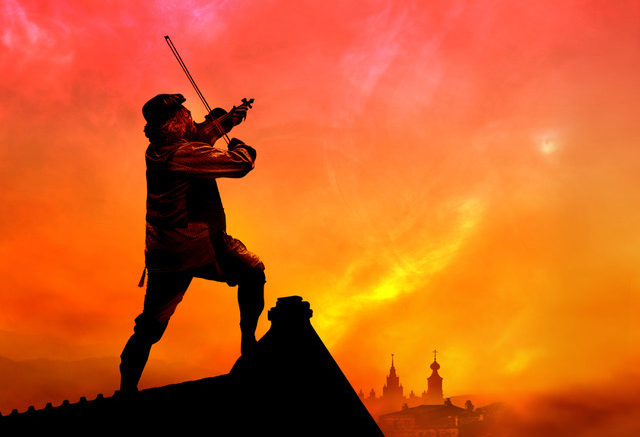 Djalili, whose stage credits include Oliver! in the West End and, on film, The Infidel, Shaun the Sheep, Casanova and Disney’s forthcoming The Nutcracker, will play Tevye.

Oberman plays Golde; her stage credits include Boeing-Boeing and Stepping Out in the West End, while her extensive TV work includes New Tricks, EastEnders and Friday Night Dinner.

It’s 1905 in a small village in Imperial Russia. Tevye, a poor dairyman, and his wife, Golde, are blessed with five witty and beautiful daughters. The matchmaker Yente, who believes any husband is better than no husband, is busy making sensible marriage plans for them all.

But Tevye’s bold daughters have their own ideas about who to marry. And as change and new ideas roll in from the big cities, dissolving the old ways of life, the sisters are not alone in their lust for something new.

This celebrated and much loved musical is packed with show-stopping songs including If I Were A Rich Man, Tradition and Matchmaker. The original record-breaking Broadway production won nine Tony Awards including Best Musical.