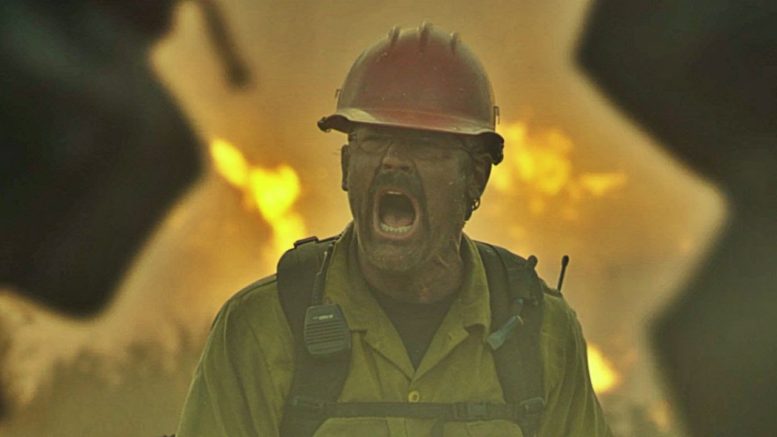 Only the Brave (12A) tells the true story of the Granite Mountain Hotshots, an elite group of firefighters who battle devastating forest fires on a daily basis, and who risked everything to protect a town from an historic wildfire.

This story is all about the characters and the movie does a great job of building these men up and developing them to a level that makes the audience care about them and their relationships with each other. As some of them get more and more fleshed out, the stakes become more deadly, resulting in a gut-wrenching dramatic punch.

The acting was top-notch all round, the comradery is portrayed brilliantly by all the firefighters. This band of brothers are constantly throwing banter each other’s way making their relationships more believable and human.

Josh Brolin is fantastic as Eric, the grizzled leader of the Hotshots, giving an incredibly authentic and emotional performance. Miles Teller plays the new guy, Brendan, and he’s very unlikeable at first but as we get to know his character you start to care, he was extremely good. Jennifer Connelly plays Eric’s wife Amanda, she was mesmerising, raw, realistic a very powerful performance from her.

As much as this is about the characters and their relationships, when the action kicks in it is gripping. The sense of devastation and destruction of the fires was unwavering and relentless. Very impressive visual effects, accompanied by the stunning Arizona scenery.

Clocking in at 134 minutes, I was surprised to say that I never felt like it dragged. I guess I was so invested with the brilliant characters, the solid story and the eye-candy that was the cinematography and visuals. Outstanding.

I don’t want to go on anymore as I don’t want to spoil anything as I urge you to go watch this movie; you will chuckle, you will be on the edge of your seat and you will ugly-cry, I know I almost did. A true story worth experiencing.