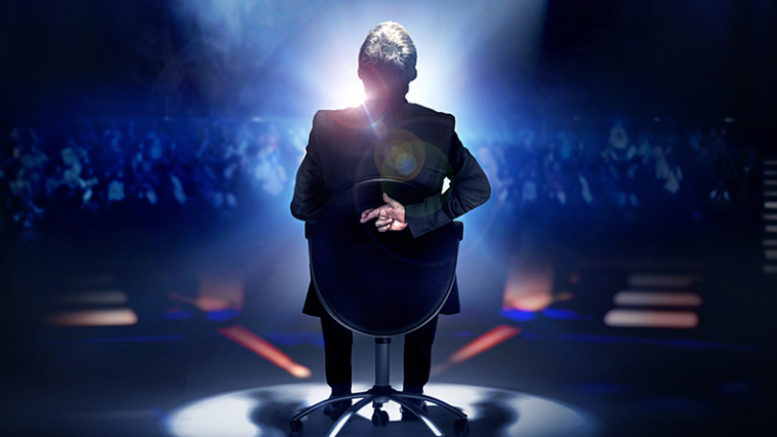 Major Charles Ingram will no doubt have been the answer to many quiz questions over the years. “Who was the ‘coughing major’ and why was he so called?”, might be one.

Ingram is, of course, called so because it was he, along with his wife, Diana, who was found guilty of deception following the Who Wants To Be A Millionaire? scandal in 2001, in which he is said to have fraudulently scooped a £1million prize money jackpot.

The couple were joined by accomplice, Tecwen Whittock, it is said, to cheat their way to winning the prize; with the latter coughing as Ingram announced the correct answer from the available choices.

Quiz is compelling; a unique, slick, innovative and ambitious production that delivers in plenty of style. It is full of engaging humour and astute observations on popular culture — and absorbingly immersive.

Audience members get the chance to vote, twice, on the guilt, or otherwise, of those accused…let’s just say the verdicts differ once the drama has unfolded and the evidence heard.

Graham says his thinking behind his play was influenced by the fact that the subsequent court case, lapped up by the world’s media, was described by those who were there as “pure theatre”.

And that was the case here, thanks to an convincing cast, neon-lit set, clever use of video screens and the interactive elements; one of which saw participating audience members winning an ice cream voucher. A million it ain’t but you get the picture.

Oh, and as plaudit-worthy as Sarah Woodward’s portrayal of a QC was, her fleeting appearance as Coronation Street’s Hilda Ogden, the headscarf-and-rollers wearing battleaxe, which verged on doppelganger, was uproariously joyous.

Quiz asks more questions than it answers about how we dissect entertainment, how we distinguish fact from fiction in a dramatic setting and how to best interpret the modern version of reality. But, I guess that’s the point.