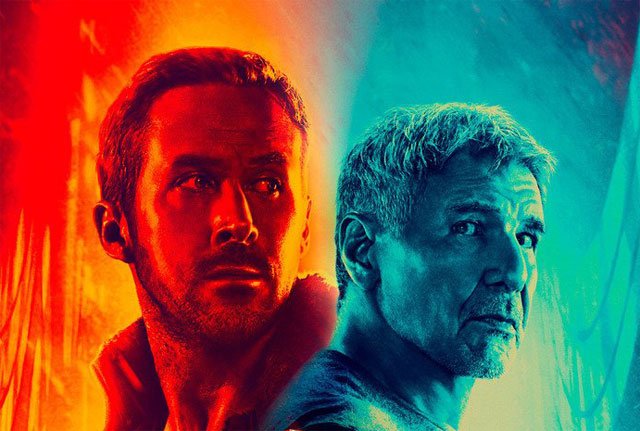 Blade Runner 2049 (15) is the sequel to Ridley Scott’s 1982 cult classic Blade Runner. In this world there are humans and replicants, which are artificially created human beings with increased strength making them ideal for slave labour. In this sequel the newer model replicants are legal and it’s the old models that aren’t, and Blade Runners are the ones who hunt down and kill the illegal replicants.

Officer K (Ryan Gosling) is a Blade Runner and after hunting down an illegal replicant he finds a piece of evidence that leads to something big, but there are those who don’t want him investigating this information and the more he looks into it the further involved he gets.

Let’s talk about the acting which was brilliant all round. Gosling was great, it’s very rare that I’ve seen him in something terrible, his character was very robotic, in a good way, but showed real heart in his relationships especially with Joi (Ana de Armas).

Harrison Ford doesn’t show up until  almost two hours in but when he does he brings it. It is potentially one of his best performances for some time. All the supporting characters were fantastic but it was Luv (Slyvia Hoeks) who stood out for me. This frightening hit-woman whose lack of decency for human life is terrifying.

This movie was gorgeous. At a run time of 163 minutes you’d think it would drag, but it didn’t. I felt like the time flew by as I was constantly in awe of the incredible visuals and cinematography. The sound design is also brilliant with every punch and explosion feeling just as forceful as the last. Hans Zimmer was brought on to do the score, and it was outstanding. It unsettles the audience immediately and kept me on the edge of my seat for the whole film.

Director Denis Villeneuve has created sets that are very beautiful and the CGI is done spectacularly. The effects are phenomenal with huge fluctuating holograms, realistic-looking flying cars zooming round a beautifully created dystopian metropolis.

For someone who hasn’t seen the original, I followed the story quite easily. There were obvious call backs to the first one that I didn’t quite understand but it didn’t really affect the story too much, then again I might be way off! I was never bored and I found myself gripped from start to finish.

Overall, this was a fantastic film with great acting, stunning cinematography, impressive visuals and a gripping story. What more could you want?