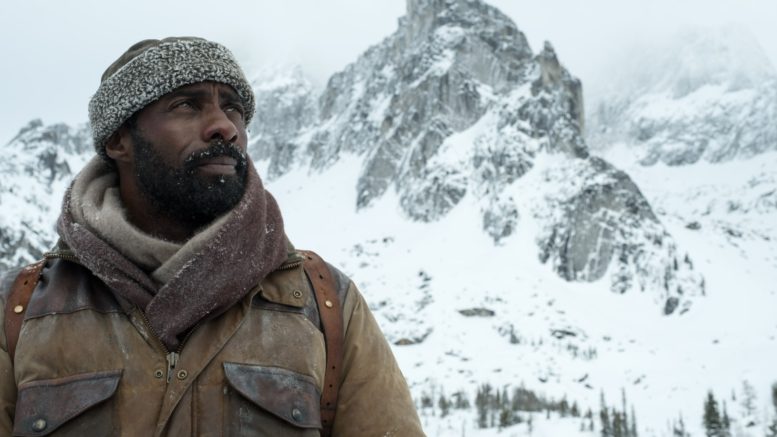 After a tragic plane crash, strangers Alex (Kate Winslet) and Ben (Idris Elba) must forge a connection if they are to have any chance of surviving the brutal and relentless elements of an isolated snow-covered mountain, in The Mountain Between Us (12A). The idea of help coming seems like a fairy-tale so they must go on a dangerous journey across the wilderness.

Don’t be fooled when you watch the trailer for this movie, although it’s about two people surviving in the harshest conditions, it’s a romance movie wrapped in a thin, survival-adventure coating.

Elba and Winslet were both great, both very talented and performed well together in this movie. You buy the way they irritate each other and you buy the romance that blossoms between them. However, they kind of repeat the same formula throughout the movie and it goes a little something like this; they fight, they irritate each other, they make up and move along, they stop to rest, then repeat.

This movie is very nice to look at with wide camera angles capturing the desolate mountain top beautifully, a lot of it looked like it was filmed on location as opposed to green screen city which I liked. I felt like they could have made some of the survival scenes a bit more intense but instead they kind of just breezed past them in favour of more sitting and talking which meant it felt way longer than 100 minutes, veering into boring long stretches of nothing really happening.

Bearing in mind both Elba’s and Winslet’s characters didn’t pack for snow, as they were supposed to be flying from airport to airport, none of them lost a single toe whilst wading through chest-deep levels of snow. Please explain that…

When the movie starts to wrap up it takes way too long to do so. A couple of scenes could have been scrapped and it would have been fine but instead it just keeps going on, and you’re just hoping it will end then it does, in a very clichéd fashion and you’re like, ‘right, ok, that’s that then’.

Overall, this was a forgettable movie, two strong leads and gorgeous cinematography wasn’t enough to save it from drifting into tedious territory with slow pacing and not enough excitement.

REVIEW: The Disaster Artist is a fascinating, sincere and heartfelt story about chasing your dreams