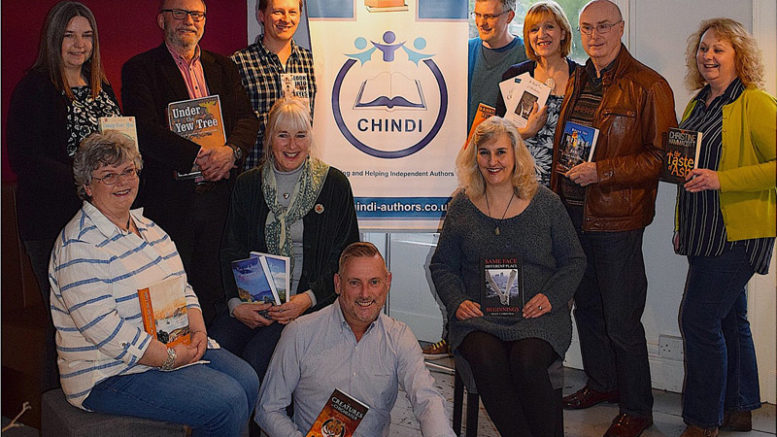 Christmas is coming; a time of yuletide cheer, festive fun, carols and…a massive headache deciding exactly what presents to buy loved ones! But help may be at hand with this Christmas giveaway!

To coincide with the season of giving, we’ve teamed up with Chindi, a group of independent authors based in and around Chichester to offer a fantastic book giveaway.

Chindi is a network of independent authors that celebrate and help independent authors promote their books. They run online and live events, share ideas, expertise and contacts. To win a super bundle of NINE books…for a chance to win, simply email carl@falbros.com with “book giveaway” in the subject line, and we’ll pick a winner at random.

Christopher Joyce lives in Chichester. He’s been a teacher, marketing director and even made Venetian blinds in Newport, South Wales. He has written six books (suitable for children of 7-12) in the Creatures of Chichester series and as an ex-teacher, Christopher is often invited to schools to run workshops on creative writing.

The Creatures of Chichester ‘The One About the Edible Aliens’

It’s 2055. Aliens flock to the city of Chichester to visit the restaurants that now fill the streets. But some of the visitors are the tastiest aliens in the universe — and they have gone missing.

Fabia lives above the jewellery shop in South Street with her pet budgies, Sparkle and Topaz. Can they save the scrumptious aliens from the pie factory? Button, Stitchley and the other creatures in town come to their rescue in this futuristic tale of greed and deception.

Carol writes for both adults and children: Her contemporary romance novels, have relatable heroines whose stories are layered with emotion, sprinkled with laughter and topped with irresistible male leads; while her children’s books have irresistibly cute, generally furry characters young children can relate to. Carol lives in West Sussex with her husband, four children and lively labrador.

Crazy Over You (contemporary romance)

Love can drive you crazy… in more ways than one! When Abby met Simon, it was the start of something special, a love Abby believed would last a lifetime. 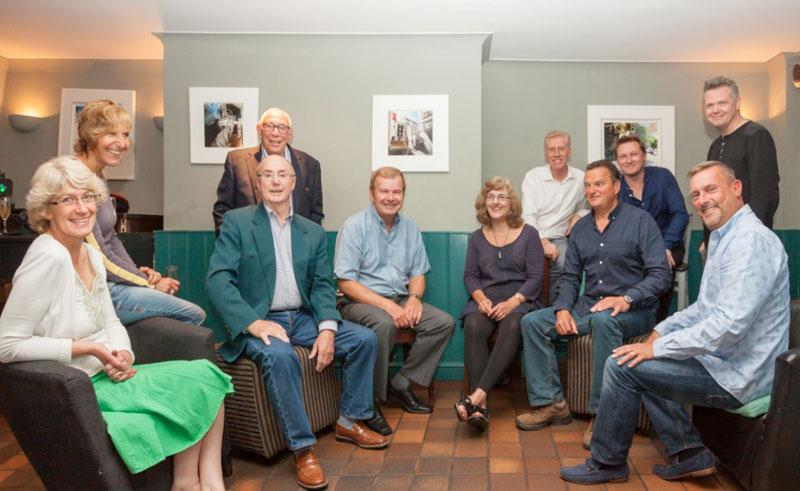 A wedding, two daughters and fifteen years later Abby’s world is falling apart. Having discovered Simon has had an affair her normally ordered mind is spiralling out of control. Crushed by the betrayal and shocked by her own reaction, she knows she needs to get herself together. She’s just not sure where to start.

With Simon on a mission to win her back and a close friend hiding a secret that could push her further over the edge, Abby finds strength and support where she least expects it. But as she attempts to gain control of her life and make decisions about her future, it may be more than the limits of Abby’s mind that are put to the test!

When Little Pup finds himself at the shelter, he doesn’t know quite what to do. Big dogs all around, feeling lost and alone, Little Pup needs a friend… but who?

Alongside her writing – and her very busy day job – Lu attends schools, libraries and events to talk about her books, read with children, and promote the positive messages behind her words. As an experienced public speaker, Lu has no difficulty delivering engaging assemblies and even lessons within a classroom setting. Lu’s children’s books are, in the main, centred around tackling childhood worries and concerns, providing positive messages and encouragement, and boosting confidence.

Ruby wants to be an explorer like her Dad, but there’s a problem. Ruby doesn’t think that she is big enough, strong enough or brave enough to explore. Then one day, Ruby’s Dad gives her a magic explorer key and she decides to give it a try. A beautifully illustrated children’s story which focuses on the life-lesson of limitations only existing in our minds.

Jane’s father, Mercer Simpson, was a poet; her cousin, Roger Hubank, a novelist; Roger’s uncle, John Hampson was also a novelist and fringe member of the Bloomsbury Group. It’s even rumoured that John Keats is somewhere back there in her family tree. Jane reached her forties when she completed a full length manuscript.

And then another, and another… In early 2009, Jane started The Cheesemaker’s House and was selected as a finalist for the The Alan Titchmarsh Show people’s novelist. Her newest novel Another You’was published by Endeavour Press in 2016.

Another You (historic romance)

When the present is unbearable, can you be saved by the past? Marie Johnson is trapped by her job as a chef in a Dorset pub and by her increasingly poisonous marriage to its landlord. Worn down by his string of affairs she has no self-confidence, no self-respect and the only thing that keeps her going is watching her son turn into a talented artist.

But the sixtieth anniversary of a D-Day exercise which ended in disaster triggers chance meetings which prove unlikely catalysts for change as Marie discovers that sometimes the hardest person to save is yourself.

Rosemary’s working life has encompassed forty years of being a librarian, mostly working with young people, so books have been her life, ever since she first stepped into a library and found a magical treasure trove. Her other love is social history and before she retired she got hooked on family history and discovered stories that deserve to be told.

Based partly on a true story, this book is set in Lincolnshire, in the early years of the 19th century. This moving family saga sees William grapple with the loss and betrayal set in motion on that fateful day.

It doesn’t end with him as his son, John, also discovers. Will love conquer the Victorian demands of respectability and duty? A story of three generations working out, not only their place in the world but also how to navigate the pitfalls of living in a country fearful of invasion and rebellious ideas.

Angela has always written, but once her three children flew the nest, she began to take her pastime more seriously. She won the Ip-Art Short Story prize in 2008, judged by Bloomsbury author, Alison MacLeod, and was runner-up and shortlisted several times in Writing Magazine competitions. This gave her confidence to write her first novel, Tuscan Roots. Angela lives in Italy for six months of the year where she has plenty of inspiration and time to devote to writing. 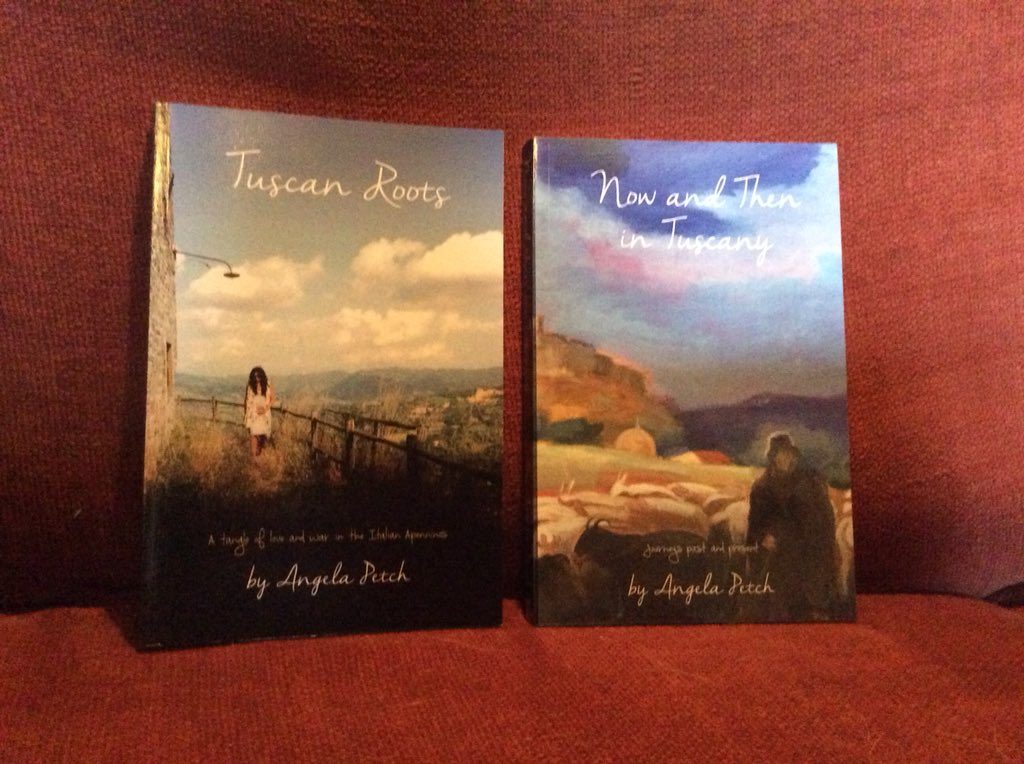 A story of two women living in two different times. In 1943, in occupied Italy, Ines Santini’s sheltered existence is turned upside down when she meets Norman, an escaped British POW.

In 1999, Anna Swilland, their daughter, starts to unravel after her mother’s death. She travels to the breathtakingly beautiful Tuscan Apennines, where the story unfolds. In researching her parents’ past, she will discover secrets about the war, her parents and herself, which will change her life forever…

Now and Then in Tuscany (Historic Fiction)

In 1917, in a remote village in the Tuscan Apennines, young Giuseppe Starnucci travels from his mountains to the Maremma coastal area, with shepherds bound for better pastures. Along this annual trek, he will experience many hardships, including the ever-present threat of malaria, bandits and a long, five-month separation from his family.

One hundred years later, his great-grandson, Davide, researches this journey with his family. And secrets from the past are uncovered. Now and Then in Tuscany takes you on a journey of self-awareness and passion. If you like Italy, you will enjoy reading about traditions and folklore still revered in modern times. 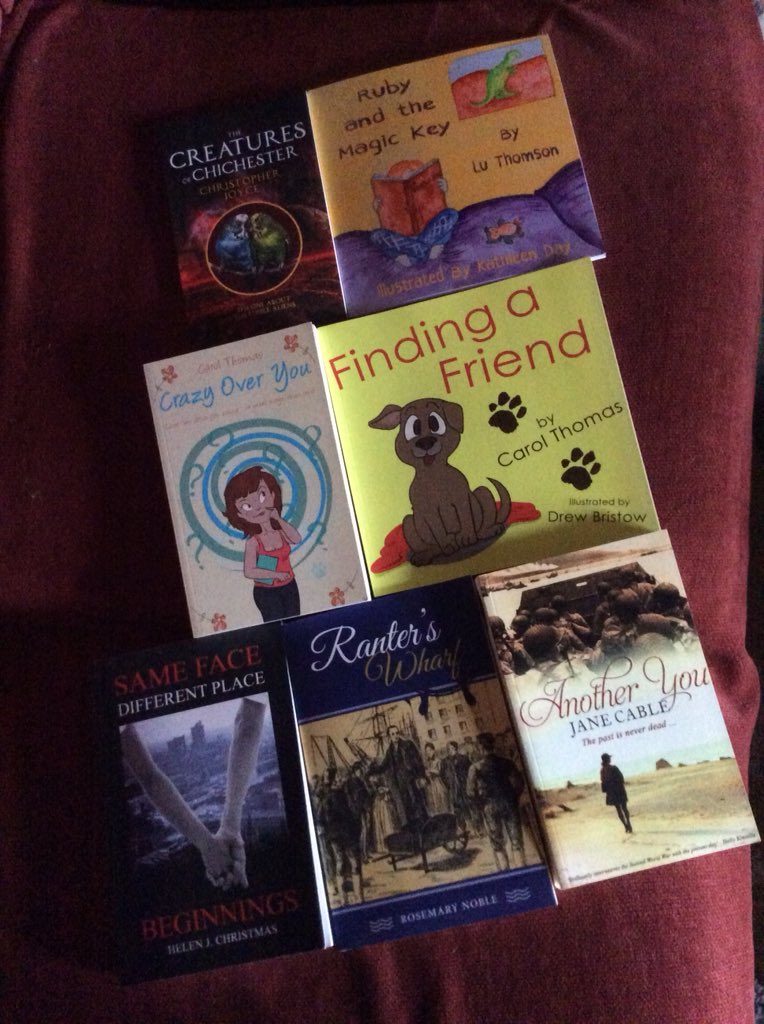 Helen began writing her romantic thriller suspense series, Same Face Different Place in 2011; a saga set in England across four decades. Writing is something she is passionate about. She has always dreamed of being an author and in 2012, took the first step in getting her book published.

Inspired by the iconic decades of the 70s, 80s and 90s, Same Face Different Place is packed with nostalgia, while at the heart of the story lies an unsolved murder mystery; a sinister conspiracy with its roots in corruption, police cover ups and organised crime. Helen was selected as a winner of the Write Across Sussex short story competition in 2015 and finished her series of books in 2017.

Beginnings is set in the dark, criminal underworld of 1970s London. 16 year old Eleanor Chapman has no idea her father is employed in a world of organised crime until the day he is forced to go on the run, leaving her at the mercy of dangerous people. She meets Dutch rock musician, Jake, vital witness to a sinister scene leading to the death of a British MP; but those responsible want him silenced.

Part thriller and part romance, this is a story of two young people, unwittingly caught up in a conspiracy, forced into hiding and desperate to escape deadly enemies.