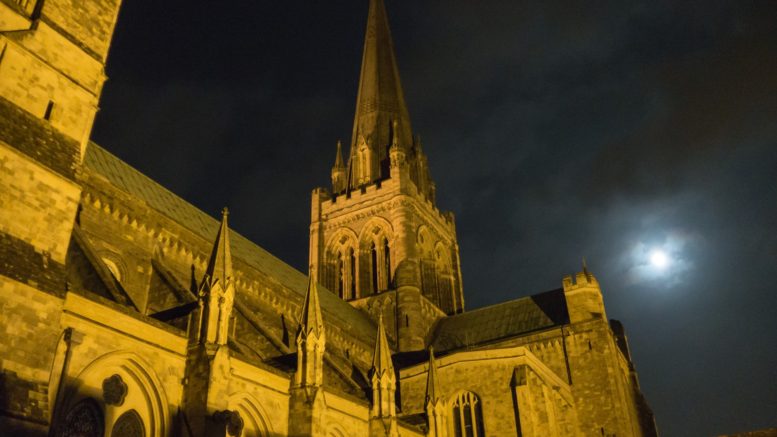 Things are set to get spooky in Chichester. York and Edinburgh’s Ghost Walks are famous and an essential part of many people’s weekend visits to these cities. But where is Chichester’s? With its Roman history and beautiful old pubs that allegedly used to be part of a smugglers’ network, where are our ghost stories?

When Julia Macfarlane and fellow authors looked into it, there just weren’t enough legends to make a truly entertaining walk. So, controversially, they made a few up to pad out the existing ones. Well, ghosts aren’t real anyway, are they?

The “Chichester Ghost Tour” is officially launched as part of Chichester Festival on 21st June at 6:30 pm, and starts from Hennings Wine Shop. Tickets cost £8 but this includes a glass of wine or soft drink, and a copy of the book. Tickets can be bought from the Novium or online.

The book itself is a self-guided, tongue-in-cheek, optional pub crawl, version of the tour, with 10 ghost stories based in Chichester and written by local authors in the second half of the book, and already available on Amazon and Kindle.

The book has been produced in collaboration with Bognor Regis Write Club and CHINDI (Celebrating and Helping Independent Authors), and compiled and edited by Julia, an established writer.

As the back cover of the book says: “Every city should have a ghost tour. No long weekend visit to a British city is complete without a visit to a traditional pub and a wander around the city centre. So Chichester deserves to have all three combined.

“And here you have it! A guide to follow on your own or with your friends which will take you on an (optional) pub crawl as well as pointing out the quirkier bits of our beloved town.

“To be honest, we expected more ghost stories associated with the place than we could actually find. But not to worry, using the full resources of CHINDI and Bognor Regis Write Club, we have managed to pull together enough tales to entertain you for a few hours, while you stroll around, gawping and pointing.

“Enjoy and remember to drink responsibly. Try not to have nightmares, unless you want to, in which case eat cheese for supper and read this book at bedtime.” If you would like to know more, email Julia at bognorwriters@gmail.com or phone her on 07791 142 490.

Flower power! St Wilfrid’s urge people to show off their gardens to raise money for hospice

First past the post! Tinie Tempah a racing cert to be winner as he kicks off Goodwood’s Three Friday Nights