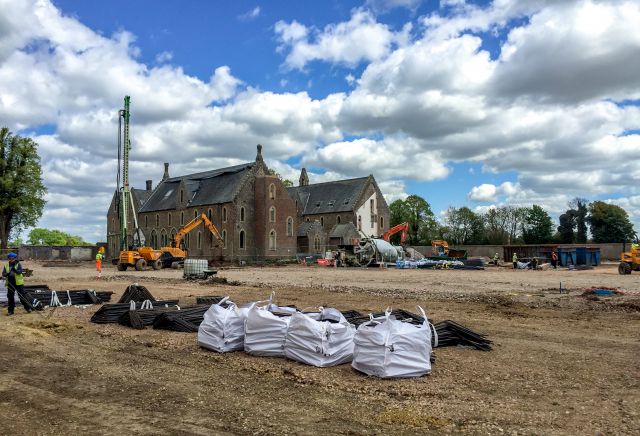 Images depicting the progress of the new site for the Chichester Free School have been revealed. The pictures show work being done converting the old Carmelite Convent, in Hunston, into the school.

A spokesman at Hunters South Architects, who have released the pictures, said: “Site progress is being made at a rapid pace at our Chichester Free School site. Since being given the green light the site has been cleared and works have started on this part refurb, part new build school.

“We are working as part of the Farrans team as the architects and lead consultants to refurbish the old convent whilst also providing two new buildings for the 2FE Primary and 4FE Secondary.” 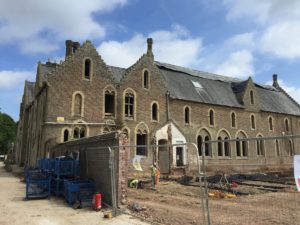 The original plan was for pupils to start lessons in the new school, which is part of the Sussex Educational Trust, in September 2015. But a number of setbacks – blamed on delays caused by finances and commerce – resulted in construction work starting in February of this year.

But as the school now shows positive signs of taking shape the hope is that a ribbon can be cut on the new premises for classes to begin in September of next year.

The original Carmelite Convent has a rich history. The nuns vacated in 1994 and then agricultural workers were housed there before a suspected arson gutted the chapel in 2009. 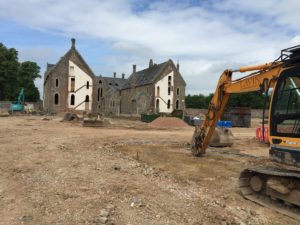 Meanwhile, the school, which is temporarily housed at Vinnetrow Business Park, Chichester, has announced plans to move all its primary age children into an empty premises housing the former Bartons County Infants School in in Romney Broadwalk, in North Bersted, Bognor Regis. Some 390 children from Reception to Year 6 are on the move after the summer holidays, and more than 500 secondary students will stay at Vinnetrow.