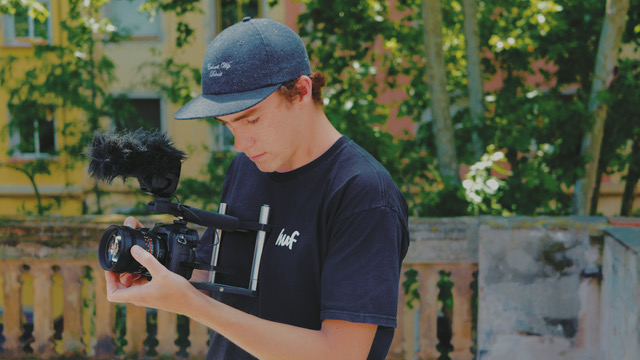 Chichester is known and loved for its historical buildings, surrounding countryside, beautiful coastline and neighbouring scenic villages. But for a small community of people the city means something completely different.

The amount of talent that the Chichester skateboarding scene has produced over the years is quite impressive and, I believe, it is something of which the city should be proud. Chichester has always been home to a small but massively talented community of skateboarders and this trend has continued throughout the years as one generation goes on to make their name in the skateboarding world, the next is being inspired along the way.

Whether it is skateboarding, photography, videography or art, the culture of skateboarding harnesses peoples creativity and allows them to blossom into something amazing and Chichester is no different.

One such person is Liam Searle, who has gone from filming friends around the city and down the local skate park to travelling around the world regularly visiting places such as Los Angeles rubbing shoulders with representatives from iconic brands, and people who a lot of skateboarders can only dream of meeting.

Liam, 21, is one of the most hard-working people that I have met and he is now spending his days living in Barcelona, the skateboarding hub of the world, with some of the most well respected names in the industry. I caught up with him over FaceTime to have a chat about the his experiences that have taken him from Chichester to Barcelona.

Tell me about your experience growing up around the Chichester skateboarding scene.

I first skated Chichester when I was around 11 or 12 I think which was when I moved house and Chichester was the closest skate park to me. I made some friends at my new school and one of their brothers (Harrison Davis) was a skateboarder.

We met up, became good friends, and skated Chichester for years when it was the old metal park. I then began to hang out with the older skaters and from there it became my local. It was hard to skate the old park, the floor was very bad and all the ramps were peeling up from the bottom, which became dangerous.

The council and Jamie Stenner* did a great job in getting the funds together to start the project for the new park, which was successful and is now a popular skatepark for the surrounding areas. People come from as far as Brighton to skate the park, which is great to see. The scene is much bigger there now and continues to grow, all the local young skaters keep getting better every time I see them and there is a strong community in the city, which is enjoyable to see.

How did you get into filming, where did it all start?

I got my first camera when I was 15, I saw my friend filming at the skate park and it looked fun, so the following Christmas I got my first camera and knew straight away this was what I wanted to do. I spent hours on hours learning about it all through YouTube and the internet as I did not have any qualifications to go to university or do a fancy course at college.

From there it snowballed into making the right decisions and putting myself out there. I noticed pretty quickly that I was not the only one who wanted to do this for a living and had to stand out compared to everyone else so I worked for free for a couple of years to gain experience and travelled to America to meet some filmmakers and this helped massively to get where I am today.

You have come along way from filming with friends in Chichester, tell us about some of the people you have met and how did the opportunity come about?

Prior to the trip, I emailed every skateboard filmer I could think of and just asked if I could help them in anyway whilst I was there. People replied and the trip could not have gone better. I filmed with some of the techiest camera gear you could use with some of the best skateboarders in the world and it was an incredible experience, not only that but if I had not gone on that trip I don’t think I would be filming where I am today.

Now you are living in Barcelona, how is that going any exciting projects coming up?

Living out here is going great, the summer is just round the corner and the skate scene here is incredible. There is perfect weather, beaches, good food, skateboarding and beautiful women, I cannot think of much more that I need in one place. 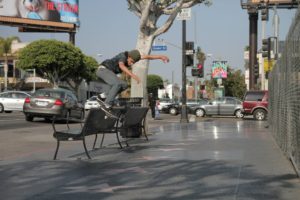 I just started my first full-length video, which is going to include many of the Barcelona skateboarders. I am very excited to get the ball rolling with this project, it will take around a year to make but whenever there is a start and a finish point the journey is always the best bit so for the next year is going to be all smiles and good times.

Finally, any advice for up and coming filmmakers?

The best advice I can give to people who are trying to break into the film industry is to put yourself out there. For instance, everyone who goes to college or university has free time so use it wisely and work for free. No one is going to turn down someone who will work for free no matter what the production. At first, you have to do the boring stuff like a runner or assistant but this is when you can learn the most by observing and asking questions when on set.

Also experiment and do not be afraid to ask if you can try shooting the next shot, the worst thing they can say is no. What I have learnt is that no one cares what degree you have or what qualification you have, what matters is what you have already done. If you turn up with a sheet of paper with a degree on it, they will put you to one side like all the others.

However, if you turn up with two years’ experience in the field, showing that you have gone out of your way and worked for nothing, the client is much more likely to consider you because you stand out.

*Jamie Stenner, from Bognor Regis, is the owner of ESP skate Shop in Chichester, and is highly regarded in the skateboarding community.

Make sure you check out Liam’s Youtube channel: https://www.youtube.com/channel/UC9OvN9FVtltV_Fk4d_AuRJA