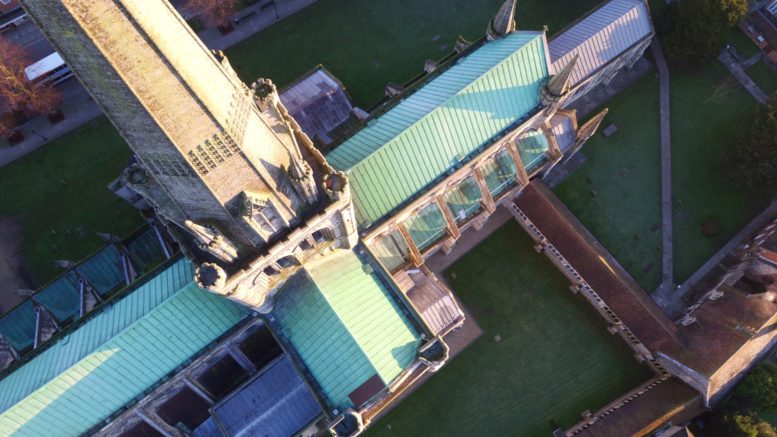 Chichester Cathedral is set to undergo a huge, four-year restoration project to repair the ancient building’s roofs — at a cost of £6million.

The cathedral website has revealed urgent repairs are needed to safeguard the 1,000-old structure as the “roof covering is no longer watertight”.

And a massive fund-raising campaign will be undertaken to finance the work described as “enormous and unprecedented”. The cathedral receives no statutory funding, relying on donations and self-generated income for restoration requirements. 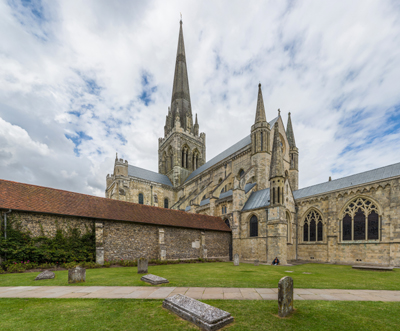 What the finished work is expected to look like

“This major undertaking has been estimated at a cost of £5.8 million, and cannot be delayed without risk of further damage and increasing costs. The Cathedral has been awarded a £250,000 grant from the First World War Cathedrals Repair Fund,” says the website.

“Beneath the copper roof, much of the 13th century medieval timber structure survives for the entire length of the cathedral. This timber structure has been described as ‘among the least spoiled and most important roofs in the kingdom’, making the Cathedral’s medieval roofs of exceptional and national importance.” 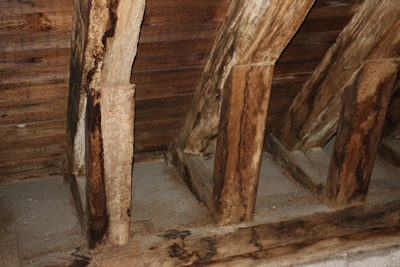 Copper was used to re-cover the roofs after the Second World War when the traditional material, lead, was in short supply. But the technical limits of copper on very exposed high roofs may not have been appreciated, and the copper was a cause for concern within a decade of its installation.

It is added: “The programme of work will comprise four phases, commencing with the quire, followed by the south transept, the nave and, finally, the north transept roof. This is the most cost-effective approach and considered the least disruptive to the use of the cathedral and the city. It is anticipated that the project will be completed within four years of commencing.

*If you are interested in supporting this significant fundraising challenge, please do contact Ali George on 01243 812480 or email trust@chichestercathedral.org.uk