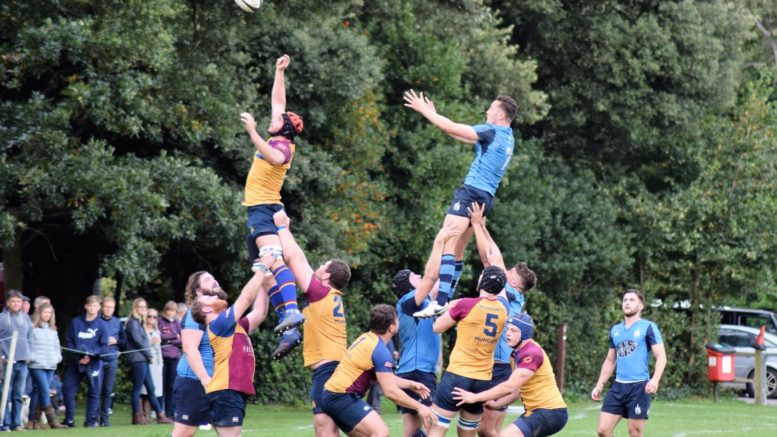 Chichester slipped to third in the table after a dramatic 27-41 defeat to Cobham in an eventful London & SE division one clash.

Chi lost their 100 per cent win status and will now go on the search for another victory that will help them recover from this disappointing result when they face Gravesend this weekend.

The home side were missing key players but this allowed debutants Sam Drayson and Ollie Charlish to make their first starts for the club.

An early mistake allowed the visitors to open the scoring. But after a solid scrum, the ball was passed out to Ben Robson who scored in the corner and Henry Anscombe added the extras.

The mistakes kept on coming and Cobham steamed through the middle and scored behind the posts. But following an efficient drive lineout, Charlie Wallace regained the lead for Chi and Anscombe converted.

Cobham broke through the centre far too easily and scored. Right before the interval Chi gave the visitors a penalty when they went offside. It was slotted and Cobham went into the break leading.

A good start to the second half saw Charlie Wallace score for the second time in the game. Tom Belcher added another after he pushed through and scored which gave Chi a 27-24 lead.

It looked as if the hosts would go on to secure another win but Cobham had other ideas.

The away team showed skill and determination in their handling and passing which allowed them to add two more converted tries and a penalty to their tally for the day.

Despite this loss, the Oaklands Park outfit will look to continue their fine start to the season with a win at13th-place Gravesend this Saturday.