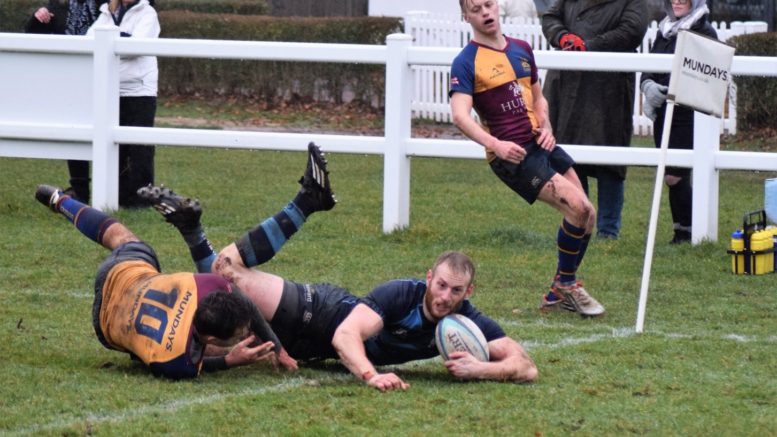 Tries from Joe Woods and Ben Robson couldn’t save Chichester from another defeat, this time losing 26-12 to high-flying Cobham in this London & SE Division match.

This is Chi’s third consecutive defeat which keeps them fourth in the table, with the gap between them and third-place Havant now increased to nine points after their win at Old Colfeians.

This is also the second time this season the Oaklands Park outfit have lost to Cobham, whose victory here made it four wins on the trot. Both meetings this season have seen Chi defeated by a margin of 14 points. 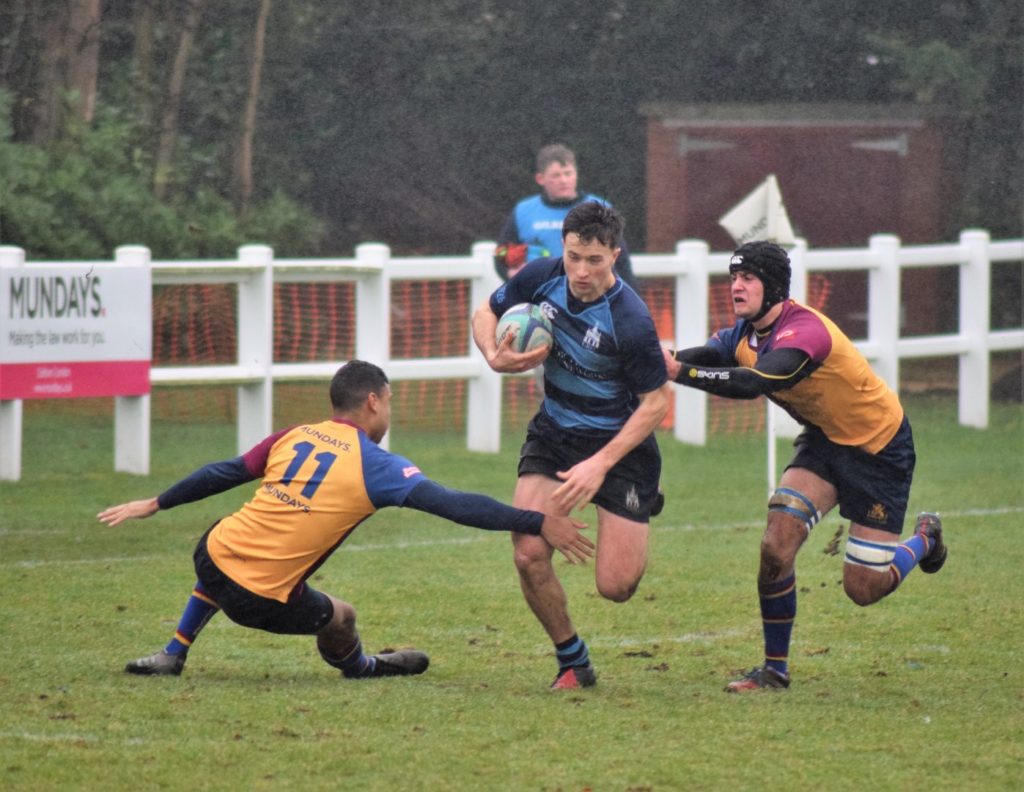 Chichester turn their attention to their next fixture which sees them entertain Gravesend at Oaklands Park on Saturday.

Chi started the brighter of the two, but it was the hosts who took the lead first when they kicked a penalty from 25 metres, then followed that up with another from 40 metres.

Their first try of the game wasn’t far behind and after a two-on-one situation ended in a try scored and then converted, Cobham were 13-0 ahead. 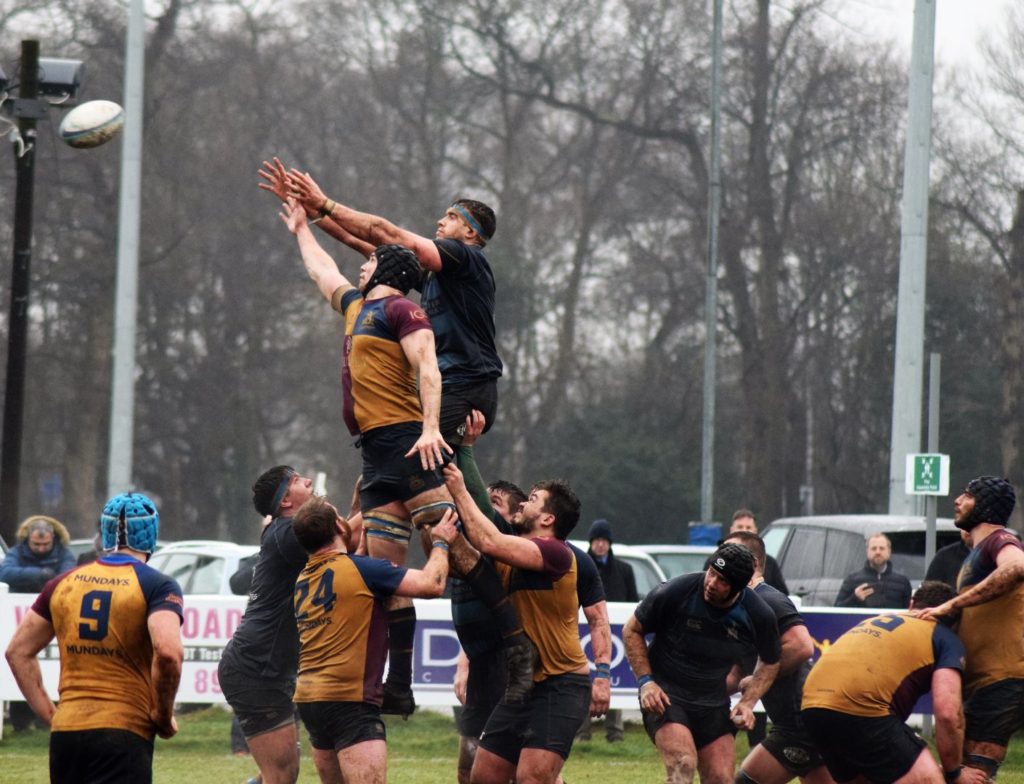 Chi bounced back and from a lineout, Nick Blount caught the ball and the team drove forward and passed the ball until they sent Woods over the line to score and, after a Tom Hutchin conversion, make it 13-7.

The Blues attacked once again and Hutchin kicked a brilliant high ball towards the left wing which found Robson. The ball was well caught by Robson, who then proceeded to touch down. Hutchin missed the chance to give Chi the lead with his conversion. 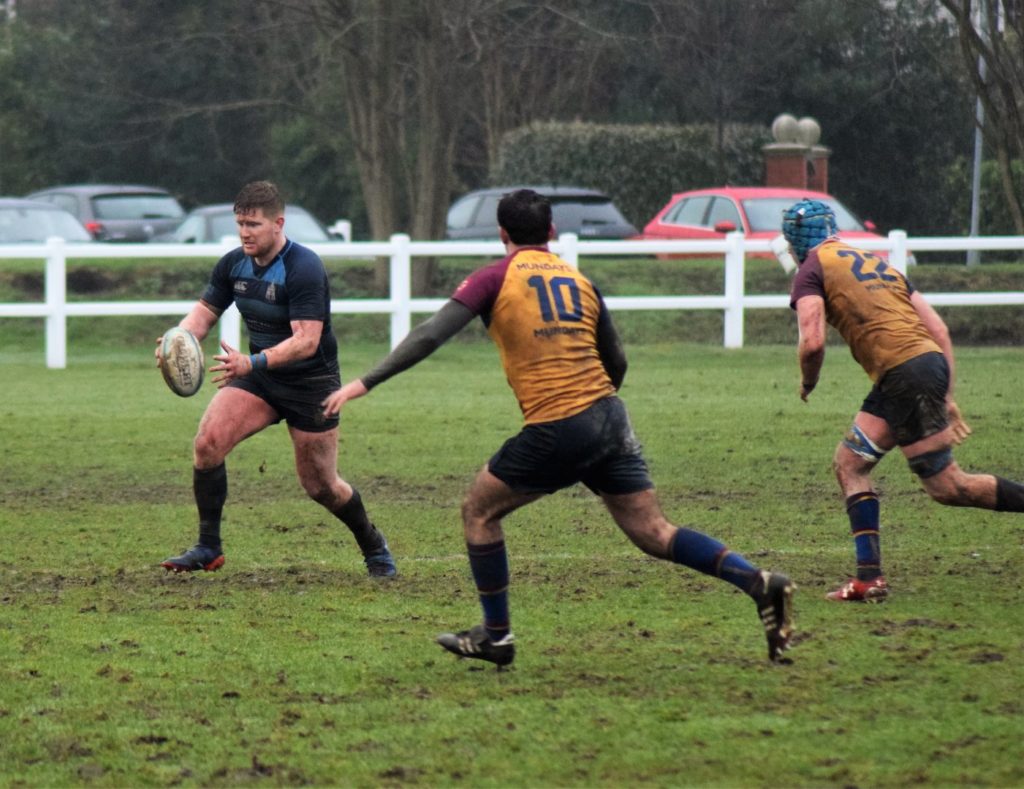 The last score of the first half came when Chi were penalised for an unclear reason, which allowed the hosts to successfully kick another penalty.

The main action from the second half came when Robson was penalised for his tackling technique. The subsequent penalty was successfully kicked, and then Cobham finished Chi off with a try and conversion near the end of the match.