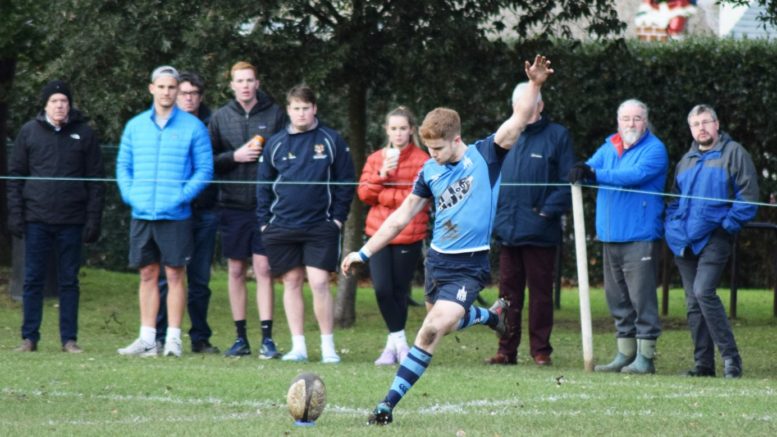 Tom Hutchin scored the winning penalty for Chichester in their 24-17 win over a tough Tottonians side in this London & SE Division clash.

Hutchin was consistent in his conversions as well, successfully dispatching all his attempts as Chi finish 2017 in third place, with only seven points separating them from leaders Medway.

Chichester have earned a well-deserved rest and will be back in action on the 6th January when they travel to Havant, who sit just four points behind them in the table.

The Blues went ahead after a five-metre scrum resulted in Chris Johnson picking the ball up and crashing over the line to open the scoring. Hutchin provided the conversion. 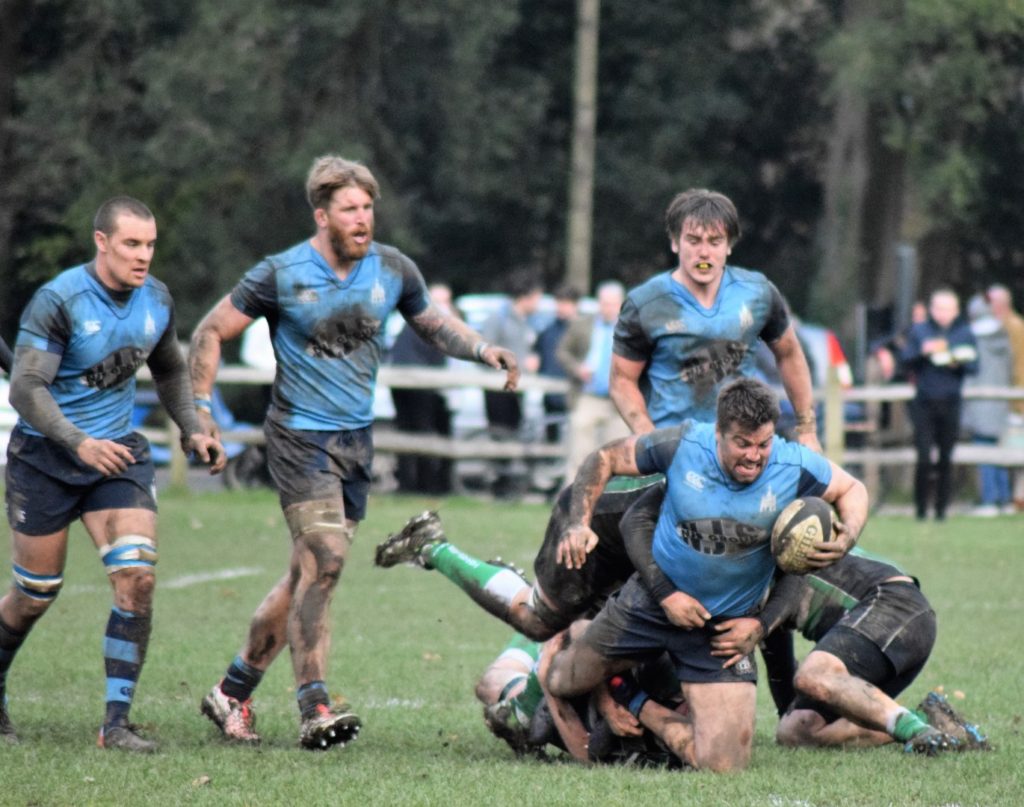 Cameron Hopkins helped switch the ball from left to right which opened up some space for Jack Hamilton-Fox to burst into and extend Chi’s lead. Hutchin was once again successful with the kick.

The visitors were able to get one back when some good play allowed their powerful centre to go over the line to score, making the score 14-7 at the break. 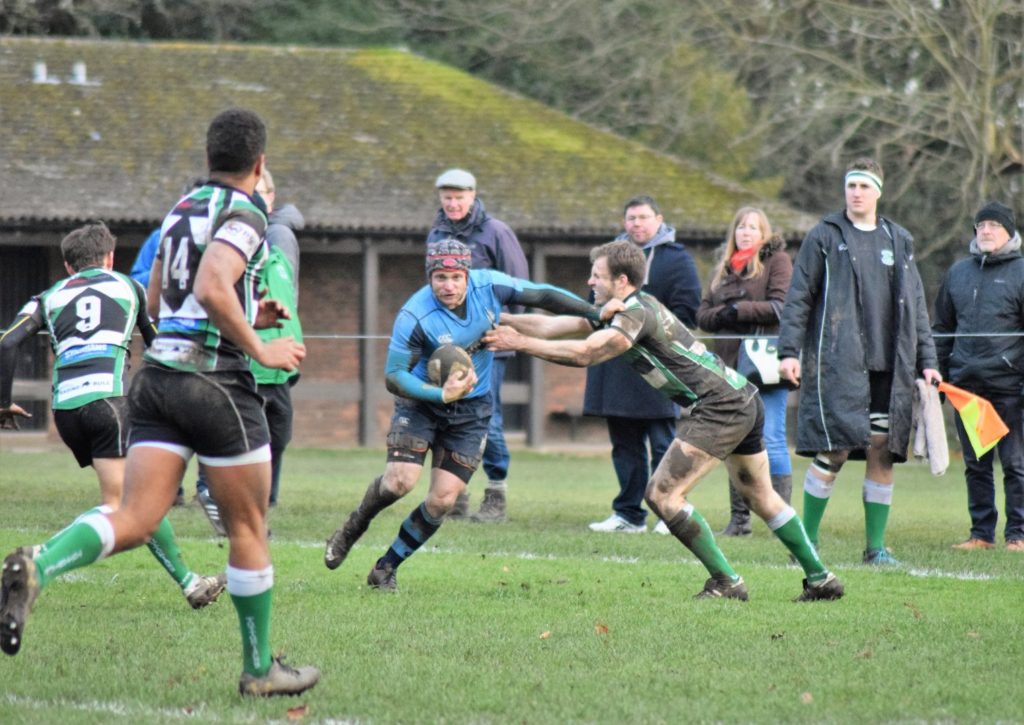 Chichester edged further in front when Tom Belcher managed to get past a last-ditch tackle and score their third try of the game. Hutchin competently converted from a wide position.

Totts were able to score a penalty try to reduce the gap to 21-14, but multiple infringements from the visiting side gave the Blues a penalty, which Hutchin dispatched to give Chi the win. 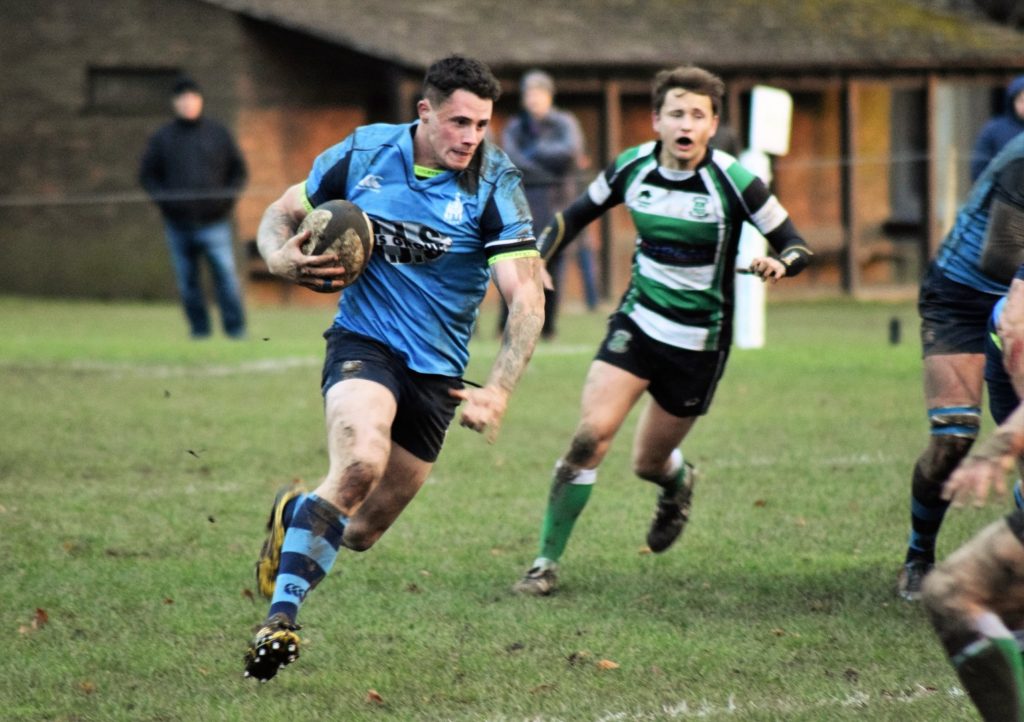 A consolation score came in the final moments when Tottonians were awarded a penalty in front of the posts, which was comfortably converted.