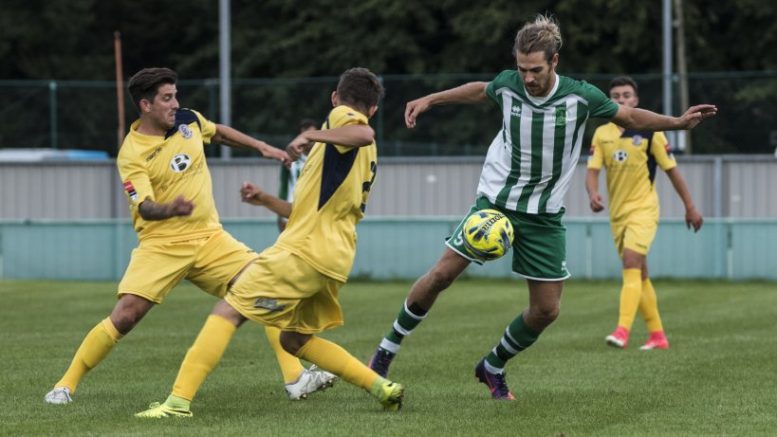 The man cannot be stopped! Scott Jones added another two strikes to his goal tally for the season in Chichester City’s 3-0 win at Littlehampton. This result meant that Miles Rutherford’s side regained the top spot of the SCFL Premier Division.

Chichester enjoyed a successful September with four wins and two draws, and with the latest win, are now unbeaten in five away games on the trot.

The visitors threatened from the start with multiple chances before the deadlock was broken by the red-hot Jones, whose double in this match takes his tally to 12 in six. He smashed the ball into the back of the net on 36 minutes.

After the restart, Rutherford brought on some fresh legs in the form of Josh Clack and Harry Williams, with the former causing problems for the home side immediately.

Clack continued to impress by creating numerous chances, with one finally falling to Jones who tapped the ball in doubling Chi’s lead.

Jones could have easily had a hat-trick with the number of chances he had, but it was substitute Ben Pashley who finished Littlehampton off with a calmly-taken finish at the back post.

September has seen 23 goals for the Oaklands Park outfit, 12 of them coming from star striker Jones.

Chichester will hope to continue their fine form as they move into October, with the first contest of the month seeing them travel away to Haywards Heath tomorrow night in the SCFA Senior Cup. They then return to league action on Saturday when they host Horsham YMCA.