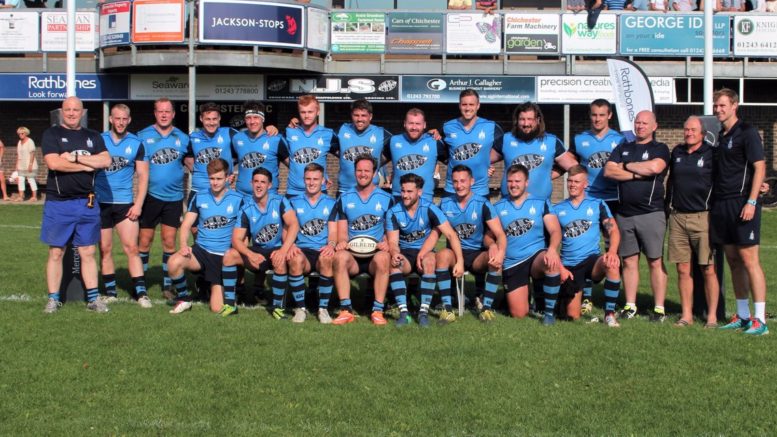 Henry Anscombe put in another fine performance as Chichester got back to winning ways with a 40-21 victory at Gravesend in a London SE division one encounter on Saturday.

This win bumped the visitors up to third place, level on points with CS Rugby and closing the point gap to four behind leaders Medway.

Director of rugby Paul Colley praised the team’s performance but insists head coach Scott Ashley will still feel his team will need to improve in some areas. He said: “There were real glimpses today of what we are capable of and given the amount of changes this was a very decent team performance, but there are still some areas Scott will want to look at. A good effort but we are not getting carried away and we will need to improve as the season progresses.”

Chi saw the return of Nick Blount, Ryan Boulton and Aaron Davies, with Jack Hamilton-Fox making his first start on the wing.

The visitors were quick to start with Davies breaking away and scoring early under the posts. Anscombe slotted the conversion to give Chi a solid start.

Anscombe then plunged the ball deep into the hosts territory, where good tackling resulted in a knock on and an attacking scrum. Skipper Chris Johnson smashed through the back row and scored and Anscombe added the extras.

Gravesend got onto the score board with a fine conversion from out wide. But the blues had other ideas, with strong forward power and excellent kicking from Anscombe, they were able to extend their lead with three tries.

The first came from Charlie Wallace, the second from Nat Jackson and the third from Tom Hutchin, following some solid play from debutant Hamilton-Fox. Chi’s ambitious passing gave the home side a chance to get one back, which they did right before the half.

Despite a couple of changes, Chi kept the structure well with Anscombe pulling the strings at 10, before Jackson left his opponent for dead as he blazed past him and gave the ball to Toby Golds who scored under the posts.

Gravesend added one more near the end but there was no chance of a comeback as Chi defended well and saw out the game.

Chichester’s next fixture sees them face 11th-place Thurrock on the October 21 at Oaklands Park.