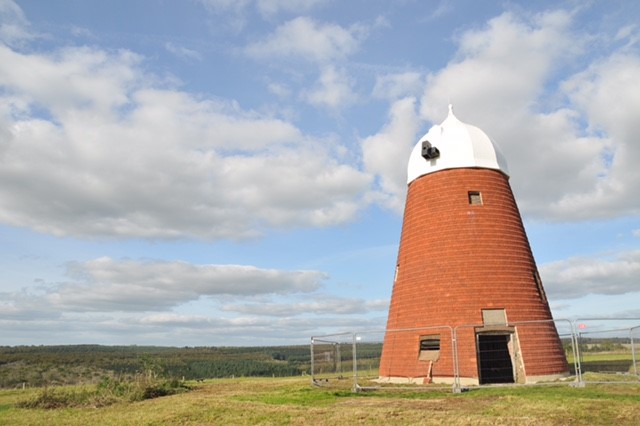 Jeremy Hunt, the man overseeing the restoration of Halnaker windmill, says the iconic Grade II listed building is almost back to its former glory.

Mr Hunt, West Sussex County Council’s cabinet member for finance and resources, made his observations after it was revealed that the first phase of restoration works has been completed.

The windmill has been fenced off for safety reasons since May 2013 after an internal beam fell during an act of vandalism. This led to further issues being discovered including a spur showing signs of failure and tiles falling from the building. 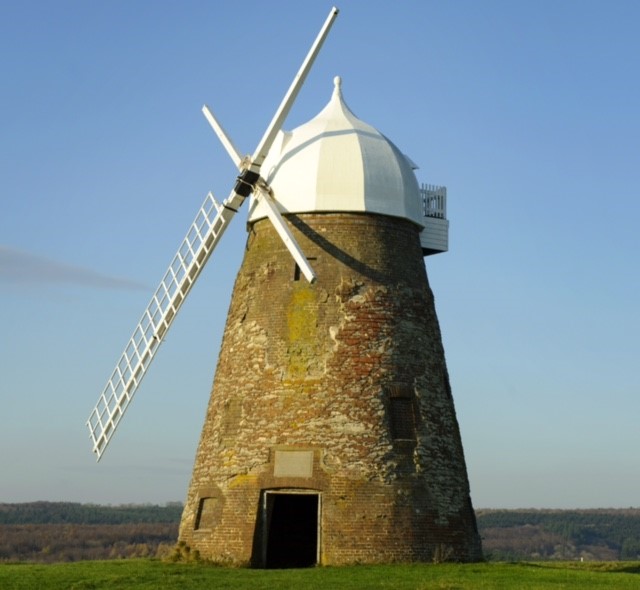 Phase one of the renovations to the 18th-century windmill, which sits on the top of Halnaker Hill, was to completely replace the tile hung façade. This was later extended to include extensive repair work to the cap and the balcony areas. These works have now been completed and the scaffolding has come down.

And Mr Hunt said: “The restoration of this iconic landmark has been fraught with complications — not least the weather and its location — which has meant restoration work is impossible in the winter months. I am thankful that we have been able to maintain public access to the site all year around, despite the extensive works being carried out.”

Stage two of the works will include re-fitting the sails — known locally as sweeps — and the door. It had been hoped this could be done ahead of the winter but wet weather has meant that this is unlikely to take place until the spring. 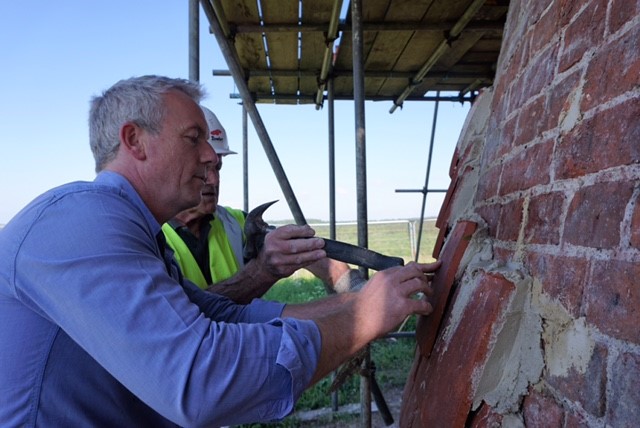 He added: “I am delighted to see the windmill almost back to its former glory now that the scaffolding has been removed and we can look forward to installing the refurbished sails next spring.

“I would like to stress how hard the whole team has worked to try to get the job done quickly, especially as the work is weather dependant. The land gets really soft in the winter and, apart from not wanting to damage the ground, it would not be safe taking heavy equipment to and from the site. However, the important thing is we have completed the re-tiling, which means that the building is now sound and protected from the weather. 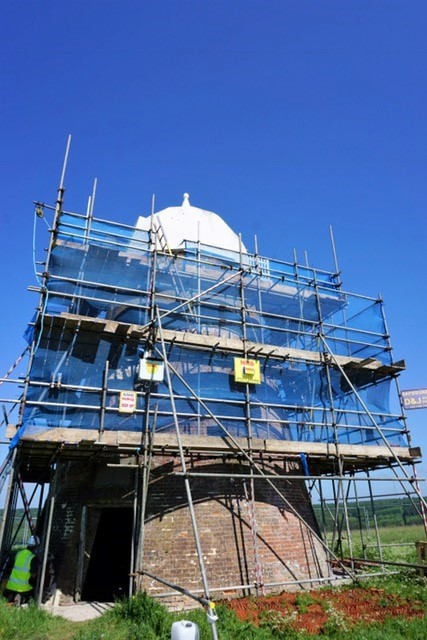 “I would like to thank the contractor, a local Sussex company, for their extremely diligent work in this interesting project. I would also like to thank other local contractors, as well as the landowner, who have all been extremely helpful in enabling us to successfully complete the first phase of the restoration.

“Finally, I would like to once again thank everyone for their understanding whilst this work has been taking place.”