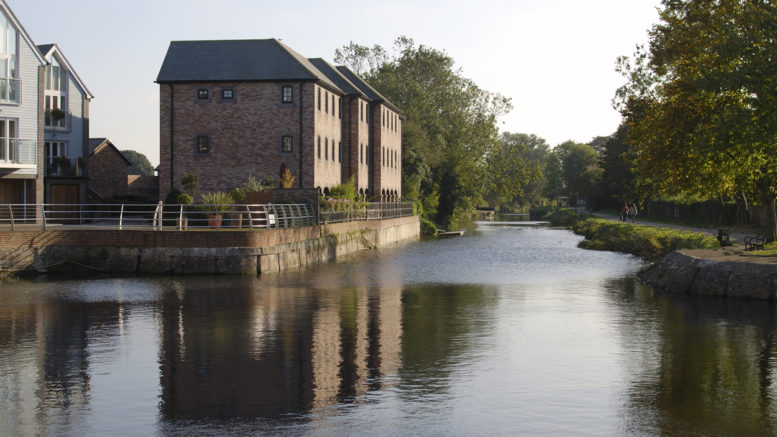 That was the vast amount of money spent on bricks and mortar, according to recently released Land Registry data.

This rise was, however, not enough to see the total spend on Chichester property actually drop 13.7% compared to 2015, when a staggering £751.7m was spent.

Whilst that drop off is not as bad as in the depths of the most recent financial crisis, where the number of homes sold in Chichester collapsed by 45% between 2007 and 2008, it is a worrying statistic as transactions were already down in 2015 compared to 2014 by 8%.

Chichester’s property market doesn’t show too many signs of suddenly reversing this recent downward trend in sales figures either. There are currently just 300 properties for sale in Chichester, which is near enough exactly the same as the 299 that were available this time last year.

This suggests that Chichester’s homeowners are staying longer in their current property, with many choosing to extend or improve their existing home rather than endure the costs and upheaval of moving.

It is also notable that this downward trend in transactions has coincided with a huge increase in house prices in Chichester. The average sale price has jumped 22.4% in just a few short years, just as prices had recovered from their lows and were hovering around their 2007 peak in 2011-2013.

2014 remains the most expensive year in terms of the total amount of money spent on property in Chichester. A lower average price of £309,807 was more than offset by 2,439 sales, culminating in £755.6m of property transactions.

That sales figure is still below the early millennium though, where the years 2000, 2001, 2002, 2004, 2006 and 2007 all saw more properties changing hands. Considering the number of new homes built in Chichester since then, it is clear that we are far below the number of properties you would expect a healthy Chichester property market to see sold.

Revealed: Find out the cost of needing an extra bedroom in Chichester…

Thinking of buying a property in Chichester? What you buy depends on what’s for sale…