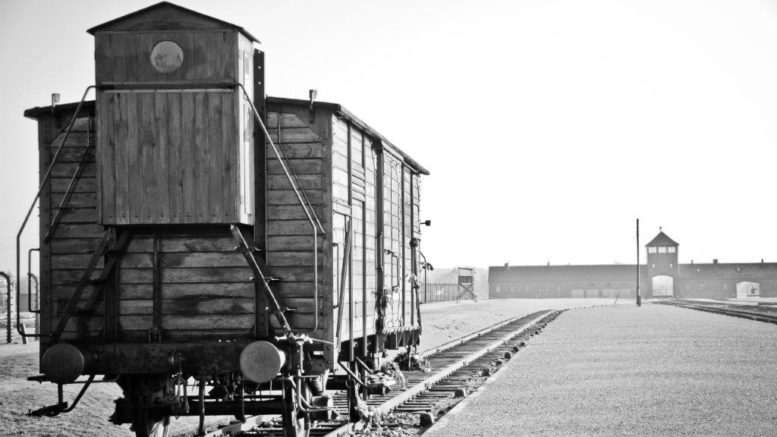 The heroic actions of a mother who saved her son’s life by pushing him from a moving train bound for Auschwitz are to be remembered in Chichester.

A performance retelling the true story of Simon Gronowski’s escape from Nazi terror is being staged by more than 100 singers and musicians in the city’s cathedral next week.

The opera, PUSH, will be performed on Saturday 27 January to mark international Holocaust Memorial Day and remember those who died in concentration camps.

The event, which starts at 7pm, has been organised by a committee including Dr Andrew Smith, a senior lecturer in Contemporary History and Politics at the University of Chichester.

He said: “Marking Holocaust Memorial Day is an important and meaningful act of public history. Commemorating those lost to this brutality is every bit as important as ensuring their vibrant memory prevents such acts ever being permitted again.

“This event also reminds us of the terrible suffering in the world that persisted after 1945 and our vital duty to continue humanitarian thought and action for all those in need.”

PUSH is inspired by the true story of Simon Gronowski who, as an 11-year old boy in 1943, was saved from Auschwitz concentration camp and later hidden from Nazi soldiers by strangers.

The 86-year-old, who will attend the performance, said of his story: “My parents had made a mistake, only one, but a serious one, which was to have been born Jewish, a crime that, at the time, could only be punished by death.

“I speak about what happened to me so that you will protect freedom in your country. I speak to bear witness, to combat anti-Semitism, all forms of discrimination and Holocaust denial, to honour the dead and the heroes who saved my life.”

The opera was composed by renowned conductor Howard Moody and will be conducted by Dr Crispin Ward, Senior Lecturer in Orchestral Studies at the University of Chichester.

Three Chichester students will perform as vocal soloists, Lars Hendriksen, Ciaran O’Donovan, and Eleanor Farmer, accompanied by a chorus of 100 adults and children from nearby community choirs and schools alongside musicians from the University Chamber Orchestra.

The performance has been organised by the Chichester Marks Holocaust Memorial Day committee which staged the highly-praised Last Train to Tomorrow concert, with composer Carl Davis OBE, at the Cathedral in 2016.

A retiring collection will be made to raise money for international charity Save the Children.