Should he find time to pass by, Santa himself would be hard pressed not to park the reindeers and peruse the fantastic festive offerings at Chichester’s very own Christmas market.

That’s the verdict from delighted shoppers who have taken full advantage of the stalls boasting a spectacular range of carefully selected top quality crafts and unusual, individual gifts. 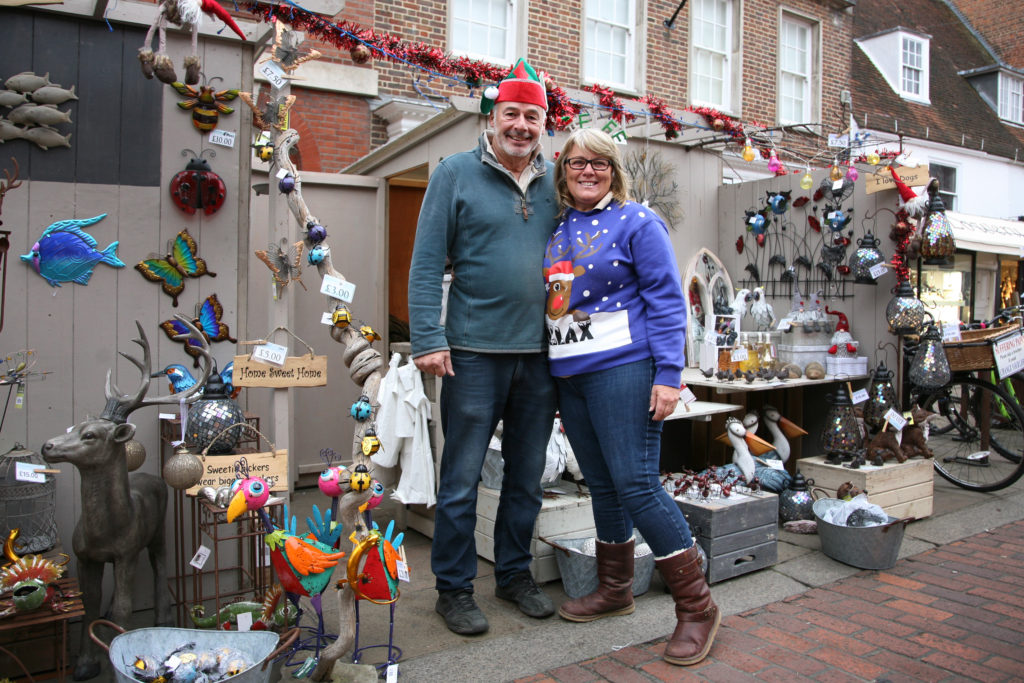 Tinsel-clad traders opened for business last Saturday in the pedestrianised areas of North Street and East Street, with the Cross as a central focal point.

And they will conclude their trade this Sunday with the weekend set to be the busiest since the event started nine years ago. 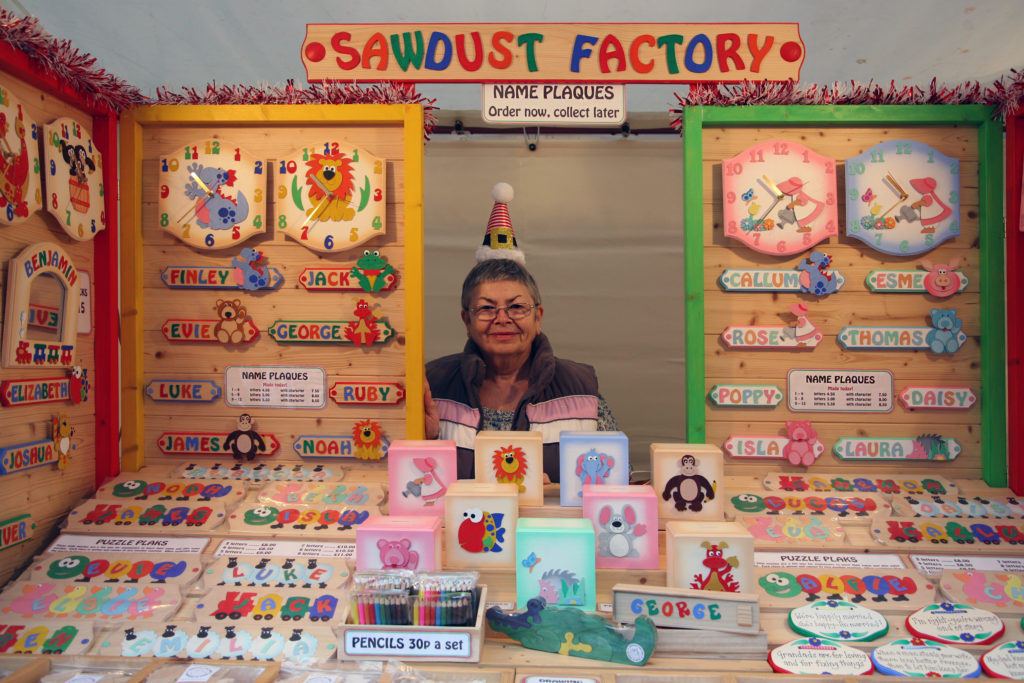 A spokesman explains: “It’s a superb opportunity to find the perfect present for loved ones and friends; especially so if they are notoriously hard to buy for.

“Customers can choose from an enormous variety of unique and interesting gifts for Christmas, as well as some delicious treats for your Christmas table.” 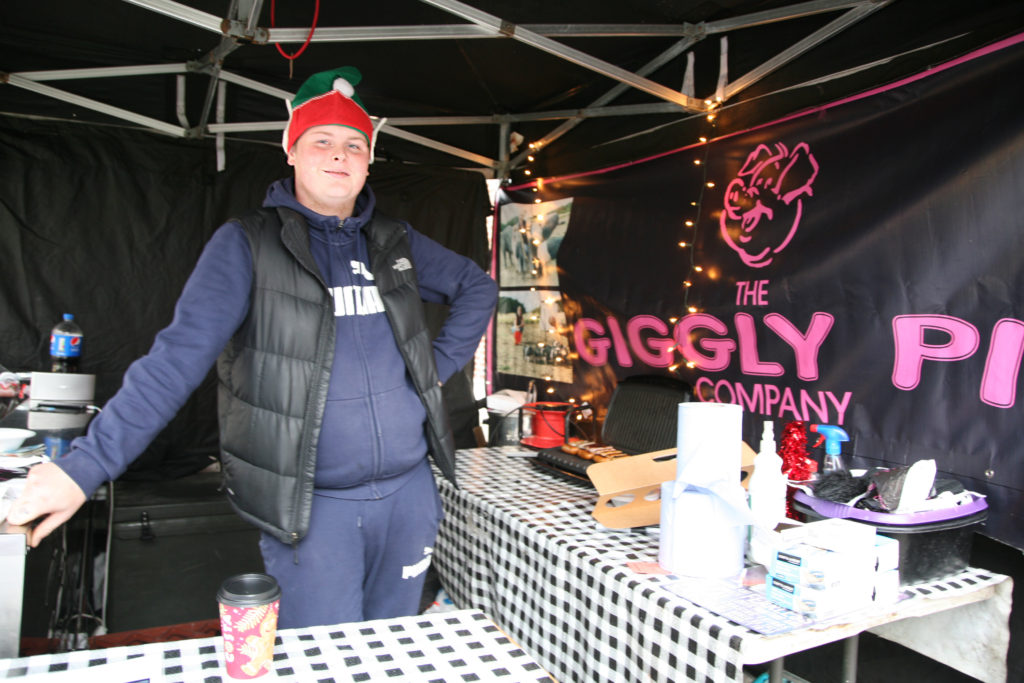 We decided to discover for ourselves exactly who was behind many of these stalls, crammed with intriguing gifts and delicious food stuffs, proferred by smiling faces, with an abundance of Christmas cheer very much part of the heart-warming back drop.

As well as traders from in and around the Chichester area, others have travelled to the city from places such as the Isle of Wight and  from London. But from wherever they come, their common goal is to tempt shoppers with their wares.

And they are succeeding, according to bag-laden mum Nicola Hayes, who said: “I have bought more than I thought I needed. But that is obviously not the case and that is down to just how many varied and unique gifts are on sale. 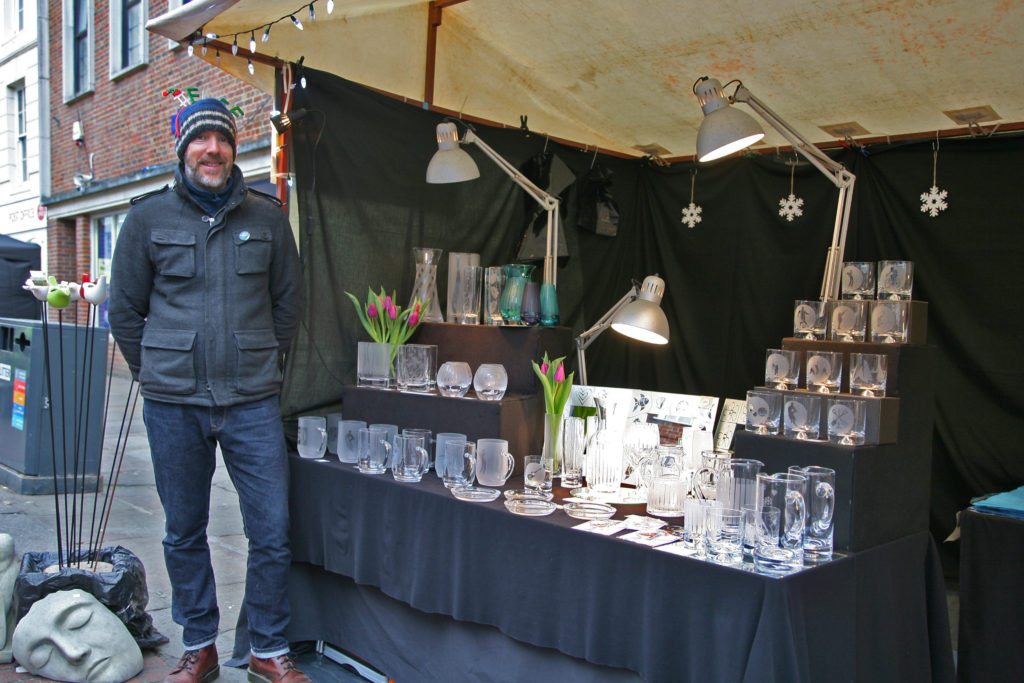 “For me it is a huge success and the vibe is that Christmas is round the corner and there is a real feel-good factor in the air. So much so, in fact, that I may well be tempted back for some more shopping!” 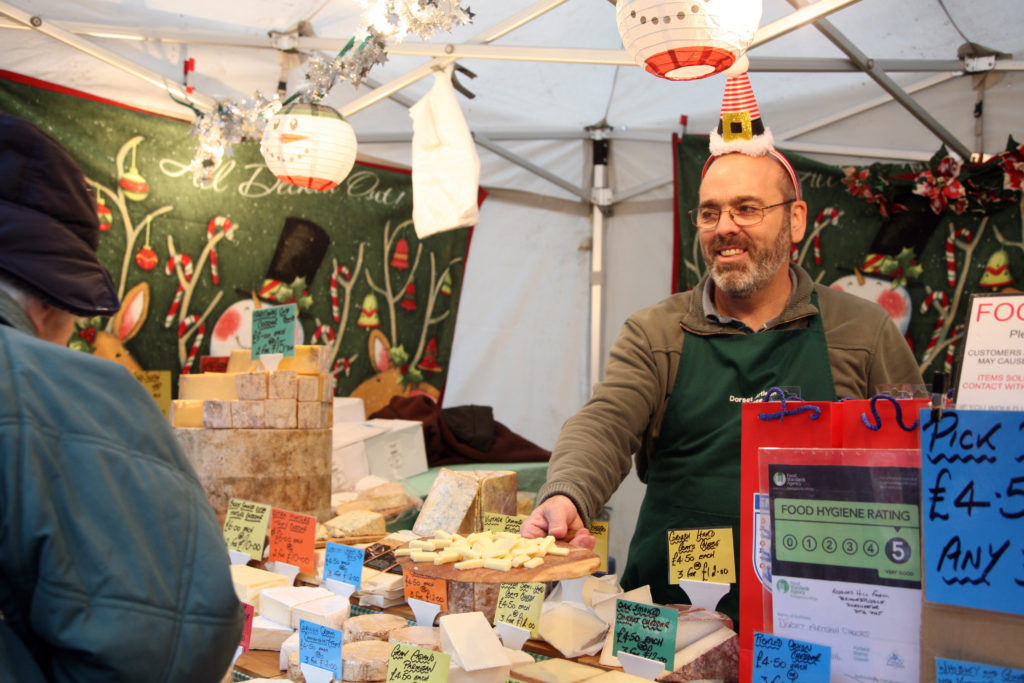 Meanwhile, David Pritchard was proving popular by handing out samples of his tasty bites from the Dorset Artisan Cheese stall and not too far away, those brave enough were able to discover what their threshold was when it comes to feeling the heat from chillies. 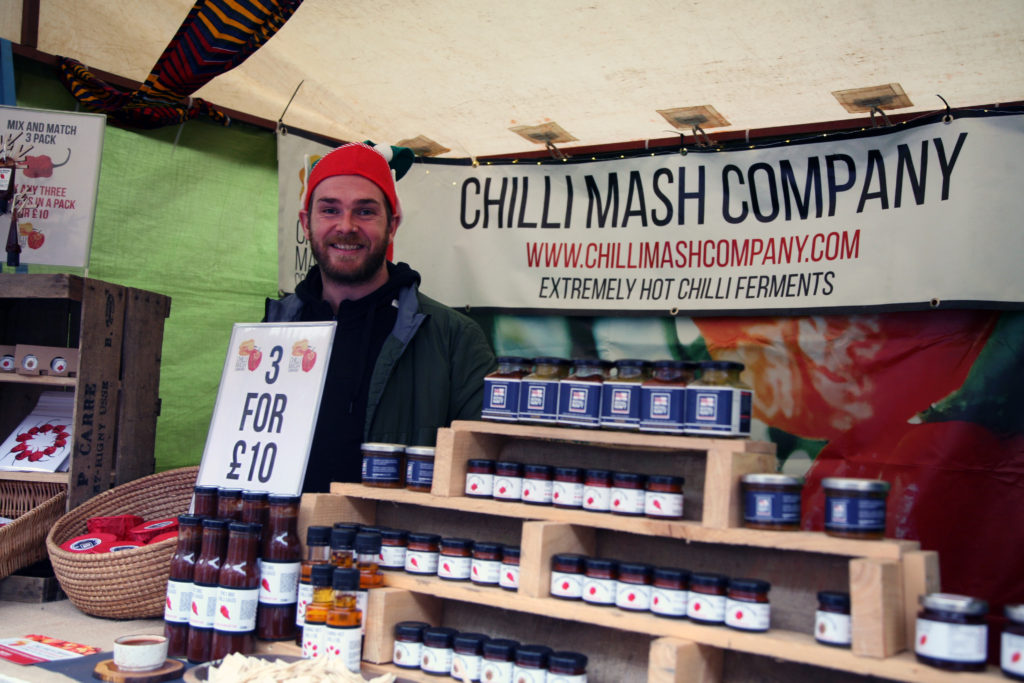 There was a range of products on offer from Jacob Skinner (above) at the Chilli Mash Company. Chilli Mash is essentially a chilli puree. The Chilli is simply barrel fermented in natural cider vinegar and salt.

It has many uses – as a base to create your own sauces (professionals use it in spicy food as an ingredient), or it can be used as an extreme condiment, to name but a few. 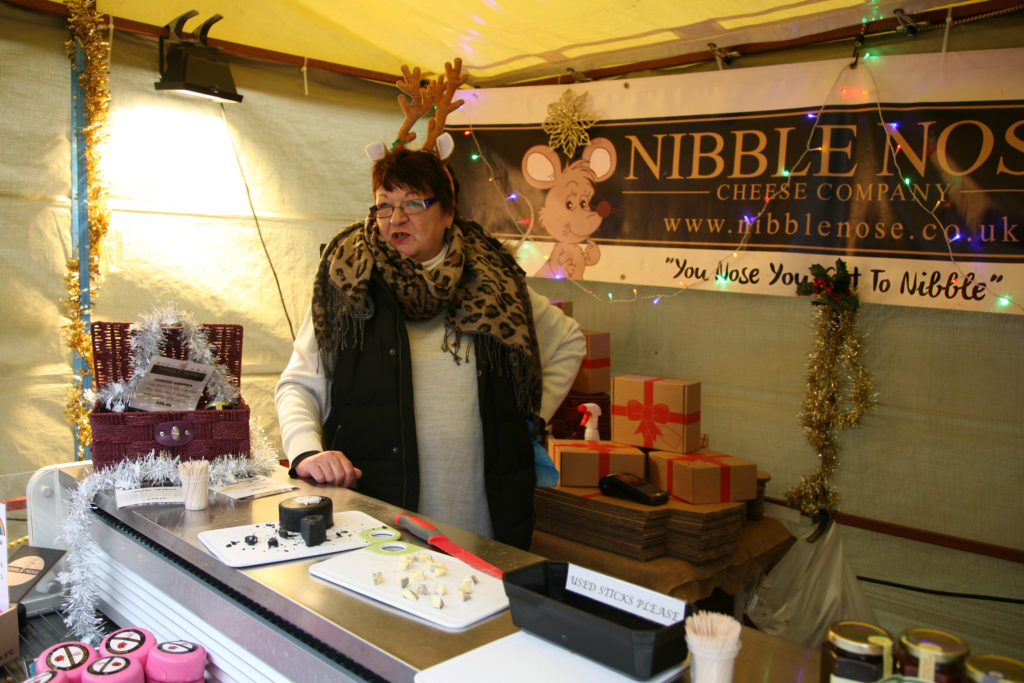 More edible delights were on offer from Janet Wright at the Nibble Nose Cheese Company, again potential customers were lured in with the tempting offer of a tasty morsel by way of a sample. Delicious, it was, too!

Elsewhere,  Carolyn Murray was happy to pose for our snapper as she showed off her marvellous jewellery, all created from spoons, at Mousie Murray Jewellery. 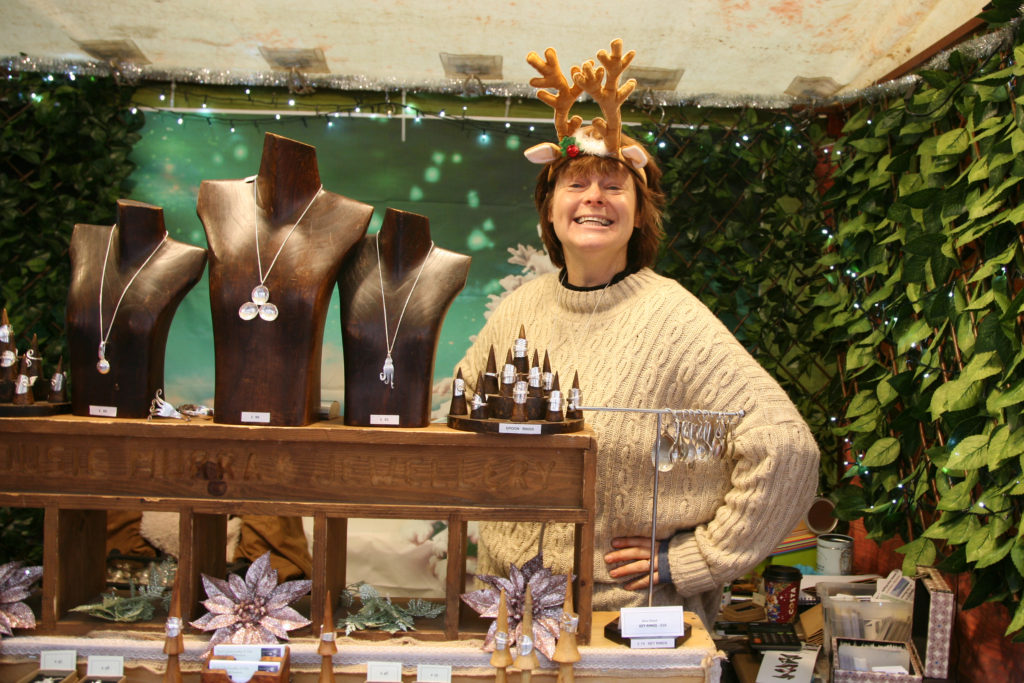 And our intrepid reporter couldn’t resist the delectable cakes on offer from Zainab Aziz at the stall boasting Lemon Street Bakery. 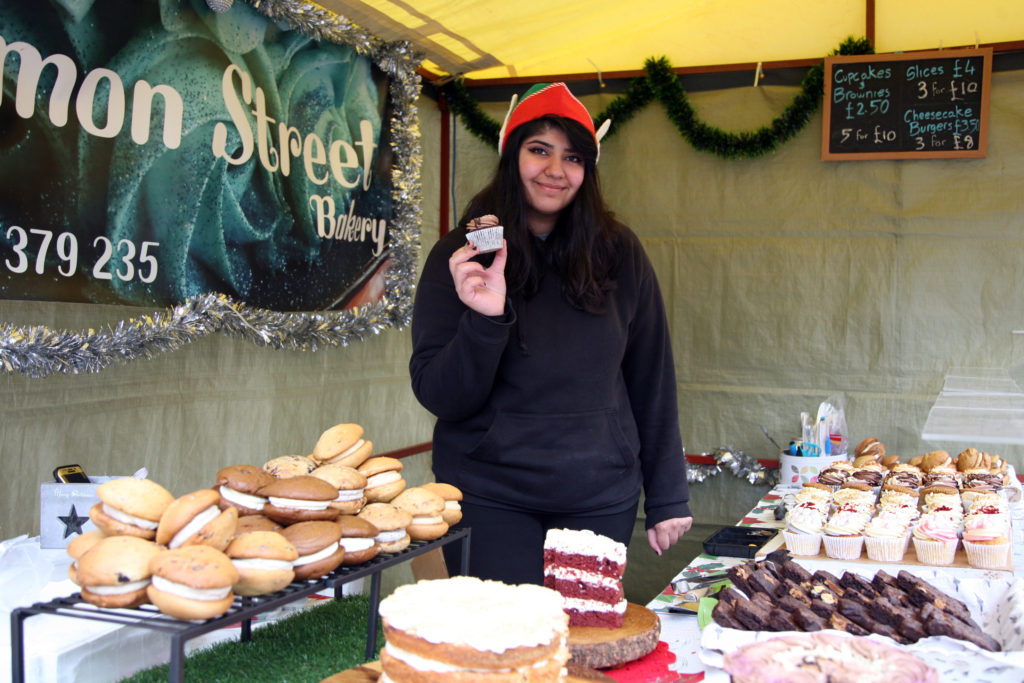