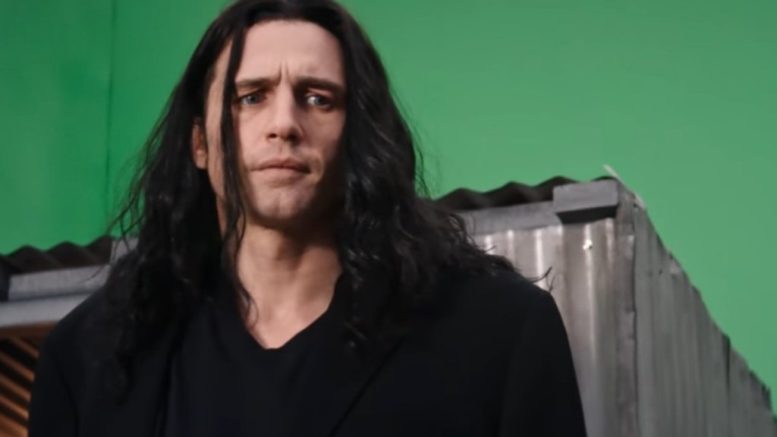 The Disaster Artist (15) tells the story of how Tommy Wiseau (James Franco) met aspiring actor Greg Sestero (Dave Franco) in an acting class. There, they form a friendship and venture to Hollywood to make their dreams come true. This is the true story of how 2003’s The Room, branded “the worst movie ever made”, was made…

This was based on the book written by Sestero detailing the accounts of what went on behind the camera during filming of The Room. Wiseau actually did film everything during the making of the movie and James Franco combed through this extensive footage to make sure his direction and portrayal was spot on, which it was.

Franco did a tremendous job of recreating iconic scenes down to the most finite detail. It would have been easy for them to make this film solely to poke fun at how weird Wiseau was and how terrible The Room was. Instead, Franco tells a truly heartfelt and inspirational story about how you should follow your dreams and not let anything hold you back.

Speaking of Franco, he was mesmerising to watch. At first it looks like he’s just doing his best Tommy Wiseau impression, but he expertly captures the endearing and loving side of Tommy. He adopted all of his odd mannerisms perfectly, but he makes the character sympathetic instead of someone you can just sit there and laugh at.

There is a lot of heart in this movie and when he’s watching his movie premiere, while everyone is laughing and not reacting how he would have liked, it’s kind of heart-breaking. You feel for his character, but then he comes back and says, oh yeah that’s exactly what I was going for.

This movie was hilarious and that’s coming from someone who hasn’t seen The Room. It’s not a deal breaker if you haven’t seen The Room, you can still laugh your ass off and get enjoyment out of this film. There were times where I felt like it would have helped if I saw The Room, to get some of the jokes but these moments were minimal.

Franco’s performance could be Oscar-worthy, he was that good. The supporting cast are great as well. Dave Franco was brilliant as Sestero, giving a very grounded and optimistic performance, you just wanted him to succeed. Seth Rogen was hilarious as usual, and a lot of other great comedians get some funny screen time.

A few characters don’t get a lot of development and it made me wonder why they cast certain actors for such under-developed roles, Alison Brie and Josh Hutcherson for example. That’s just me nit-picking because I absolutely loved this movie.

This film will do wonders for Tommy Wiseau because people who haven’t seen The Room will definitely seek it out and people who have seen it will get a kick out of watching it again, so they can say: “Oohhh so that’s why that was like that.” I’m definitely going to watch The Room and then re-watch The Disaster Artist.