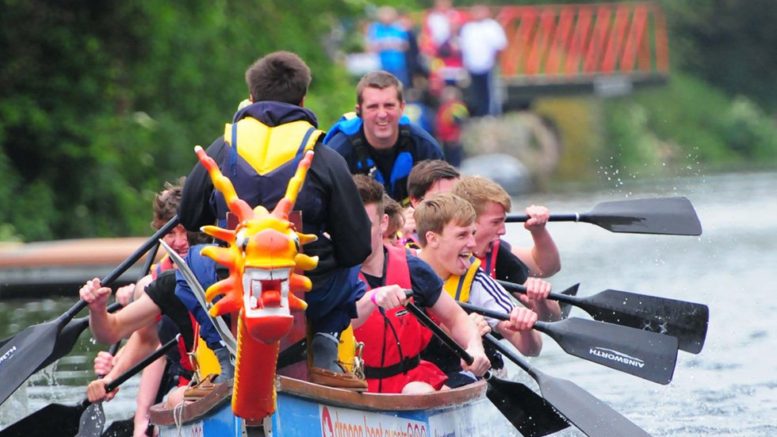 Dragon Boat racers are being encouraged to compete in fancy dress outfit such as pirates, St. Trinian’s school girls, smurfs and vikings in next month’s eagerly anticipated event on the Chichester Canal.

Charity fund-raisers will gather to do battle on the water on June 11, while having frolicsome fun at the same time.

“Racing is an exciting way of motivating and integrating people in teams while having a lot of fun,” says a spokesman. “It’s a great platform for team building, whilst most importantly raising funds for local charities, and contributing to the local community.”

As well as the racing, the event provides a family day out with sideshows, food vendors, stalls and displays in the Chichester High school grounds on the day.

And there will be a professional race commentator on hand to talk spectators through the fun, and the day will conclude with a prize giving ceremony.

Organisers say the main objective of racing is to have fun while raising charity funds so each team member is expected to raise sponsorship cash. They say half of the proceeds will go to CancerWise and the other half to charities supported by the Rotary Club of Chichester Priory.

There are three categories to choose from: Corporate teams are made up of employees of a businesses with sponsorship fees ususally covered by the company. This category has a minimum age of 16 on June 12, 2016.

Community teams, it is suggested, could be made up of groups such as schools or colleges,
villages or pubs. The same age restriction applies.

Then there is a “Young Dragons” team option, with the group is made up of children aged between 11 and 17; these are often formed from teams at senior school or scout groups and the like.

Teams pay an entry fee of £495 and in addition each team member is expected to raise a target of £75 per head from their own sponsors (£40 for Young Dragons).

The Dragon Boat Challenge has a dedicated JustGiving page where participants can easily set up their own sponsorship pages.www.justgiving.com/rccp/
Sponsorship