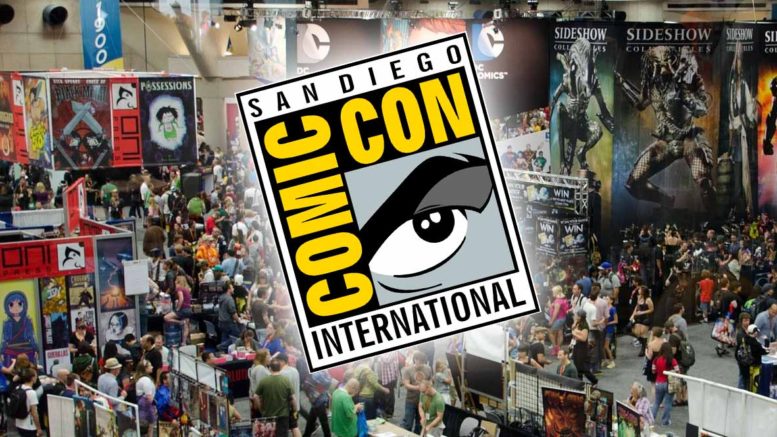 The San Diego Comic Con, said to be “one of the biggest comic, movie, television and gaming” conventions in the world, took place over the weekend. And thus, a flurry of trailers have been dropping and I want to talk about them, because I am pumped…

Now some of these I have spoken about in my Most Anticipated Movies list, and these trailers have only increased the level of hype I have for these movies so without further ado let’s get into this:

Now I won’t explain what the movie is about, as I have done that already, so I will just tell you what I liked about the trailer. It starts out with Thor basically recapping what happened in the first trailer to Hulk, throw in some cool action scenes, funny moments between Banner/Hulk and Thor, and it looks like we have a buddy action/comedy on our hands which I am all in for. It looks like the movie will have a lot of fun, but serious moments as well as Thor must put a rag tag team together to stop Hela from destroying Asgard.

This new trailer kicks off with some cool action with a great remix of My Generation by The Who. Then we meet the Statesman, the American organisation our Kingsman must team up with. These characters have some great action scenes, which all look insanely shot, a mix of slow motion and great camera angles made for some exhilarating set pieces. One of the statesman even turns his lasso into a lightsaber and straight up cuts a dude in half, mental! To top it off, Taron Egerton and Colin Firth taking on thugs with an umbrella and a briefcase rounds of the trailer in style. Roll on September!

Those of you sensing a bit of déjà vu, stick with me, I will talk about other trailers!

We get our first glimpse of the big bad of the movie in Steppenwolf, who looks heavily CG, let’s hope that changes, he’s huge, intimidating and looks like he will kick a lot of Justice League ass. The humour is more evident in this trailer too which I loved, the DC movies need a bit of humour to counteract the dreariness of Man of Steel and BvS, so seeing the Flash say to Batman, “I’ve never done battle before, I kind of just push people and run away”, really made me laugh. Overall, it does look very CG heavy so I’m hoping as we get closer to November, this will be altered slightly but I’m very much looking forward to this even more now after seeing this trailer.

Now this one is very interesting… A film based on a book about players battling it out for the grand prize in an MMO (Massively Multiplayer Online) game called ‘The Oasis’. This trailer was filled with tons of 80’s movie and pop culture references as well as others, including the likes of Freddy Kruger, the Back to the Future DeLorean, Harley Quinn, Deadpool, The Iron Giant and Duke Nukem to name a few. This movie looks insane, there was one scene of a race through the streets of New York which looked like Mario Kart on steroids. Oh and it’s directed by the legend that is Steven Spielberg, need I say more…

For those who haven’t seen Stranger Things, I can only ask, how?! Get on Netflix
and watch the first season, 8 episodes long and it is fantastic.

The trailer is very heavy on nostalgia, we have ghostbusters, dragon’s lair, thriller playing in the background, they want us to know it’s the 80’s, clearly. Will is still struggling with adapting to being in the real world, whilst still having those memories of the ‘upside-down’. The ‘upside-down’ also looks like it is breaking through and crossing into our dimension, which should make for some interesting story telling and world building. All our favourite characters are back, we got a glimpse of fan favourite Eleven at the end which was cool, still no Barb unfortunately #Justice4Barb. Overall it looks like this season is going to be another hit, so if you haven’t already watched season one, get on it before season 2 begins streaming end of October this year.

This was the big one for me, I know the show has had its ups and downs *ahem* season 7 *ahem*. But it looks like they are answering our complaints by delivering a more action packed season. The war is real, Alexandria, Hilltop and the Kingdom have all teamed up to take down Negan and his Saviors. The trailer does take a bit of time to get into it, it’s a very slow build which some people may find boring, but stick with it because as soon as Dropkick Murphys Prisoners Song kicks in, that’s when it really gets going. We see Daryl blowing stuff up whilst riding his motorcycle, we hear Rick giving another inspiring speech, explosions, fist fights, shoot outs, gnarly looking zombies, even car chases, this trailer had everything. The little tease at the end was unnecessary in my opinion, but they put it in for a reason, possibly to spark debates amongst the fans. I guess we’ll find out October 22nd…

That’s my list, if I’ve sparked your interest with any of the trailers above then head over to YouTube and check them out.

REVIEW: Justice League had many flaws but was still exhilarating…a step in right direction for DCEU