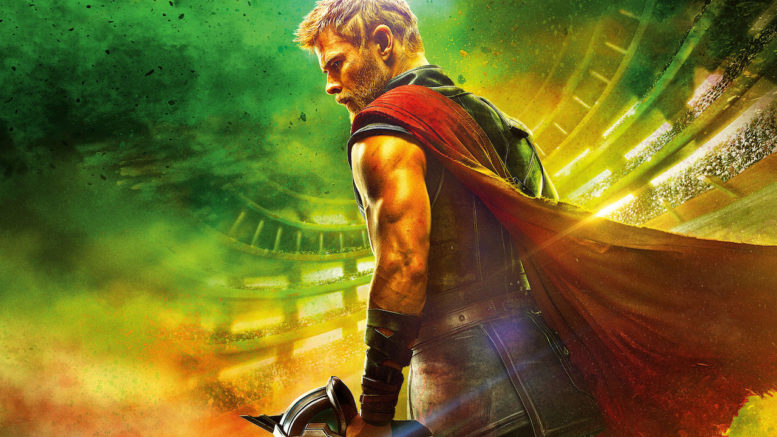 Thor (Chris Hemsworth) is imprisoned on a strange planet on the other side of the universe but needs to get back to Asgard to stop the ruthless Goddess of Death, Hela (Cate Blanchett) and prevent Ragnarok, which will see the destruction of his home world and the end of Asgardian civilisation in Thor: Ragnarok (12A).

It only took three movies for the Son of Odin to get a good one. The God of Thunder’s third outing is hands down the most entertaining Marvel movie to date. Not only is it a great superhero movie, it’s probably the best comedy of the year so far. Countless times I found myself laughing out loud, this movie is hysterical. Everyone has great comedic moments but its Director Taika Waititi, who plays Korg, that steals the show for me. Everything that came out of his mouth was hilarious.

Hemsworth is brilliant as always and he and Mark Ruffalo have great chemistry both as Thor and Hulk, and Thor and Banner. They have great banter and bounce off each other very well and their gladiatorial battle was excellent. This is also the best on-screen version of Hulk I’ve seen. We’ve seen him smash but we’ve never seen him talk this much and it was brilliant, he was like a bratty child and it was very funny.

Waititi did a tremendous job of blending a great story, with hilarious comedy and outstanding action, which is gorgeous by the way. The colours are so vibrant which only add to the extraordinary spectacle of each action scene.

They say that a Marvel film is only as good as its villain. Hela is the best Marvel villain since Loki in The Avengers. That’s not much of a bold statement as Marvel’s track record of villains hasn’t been stellar but Blanchett kills it in this role; she is vicious, menacing, charismatic, has an interesting personality and has an actual motive that isn’t ridiculous. She’s more than just a CGI mess of a character hell bent on destroying the world with a huge sky beam.

The only problem I had was for a film to have Ragnarok in the title, it spent most of its time on the other planet. The emotional weight of Asgard being destroyed should be felt but it just wasn’t there. Also, whenever a sombre, emotional moment was building it was cut off by a joke, taking away from the seriousness of the scene.

Overall, Thor: Ragnarok is the most fun and entertaining movie I’ve seen all year. Great characters bolstered by great performances, fantastic action and hilarious comedy all make this not only the best Thor movie but it’s definitely up there with Iron Man and Winter Solider as one of the best Marvel films. Phase 3 shows no sign of slowing down.