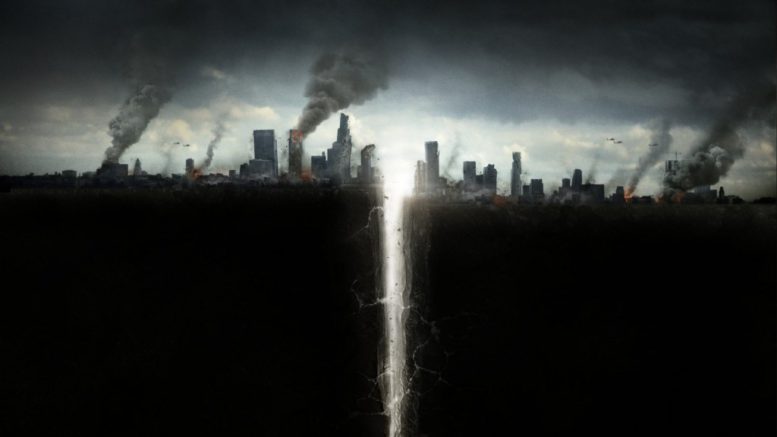 With Geostorm, the latest in CGI heavy, world-ending, building-destroying disaster epics hitting cinemas this week, I thought I’d do a countdown of the best of the bunch. The requirements for this list are; if it has a tornado, earthquake, tsunami or any other type of world-ending destruction, it’s on the list. 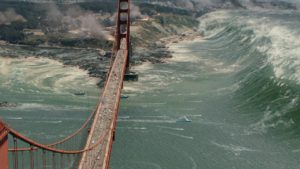 The destruction scenes are very enjoyable, and Dwayne Johnson, AKA The Rock, is just the right amount of cheesy in his deliveries. There’s a huge lack of plot and several weak characters but that doesn’t matter when you can watch the Golden Gate Bridge get destroyed, for the 100th time, by a tsunami full of cargo ships. 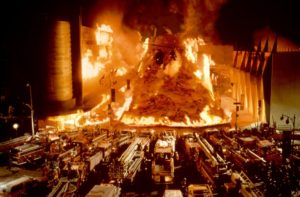 A film called Volcano that doesn’t feature a volcano! This is the type of movie, like all disaster flicks, that you can just sit back, relax and enjoy. It has entertaining action, drama and characters you can root for. However, some of the characters are a bit irritating and there’s a lot of corny scenes but the movie makes up for that with a likeable lead in Tommy Lee Jones. Add in some awesome looking destruction scenes and good pacing and you have an enjoyable time. 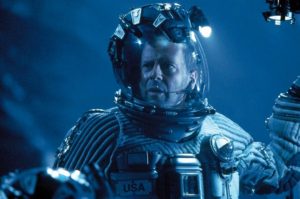 Michael Bay doing what he does best, making things explode in spectacular fashion. This was a very enjoyable popcorn movie. The action is plentiful with stunning visuals and brilliant sound. The humour is amusing and sharp, with Bruce Willis doing his usual smart, witty tough-guy act, and he’s bolstered by a great supporting cast.

It even has a bit of romance with a great iconic song that will tug at the heart strings of anyone who has seen this flick. Is the story realistic? Of course not, but that’s why a story about a meteor the size of Texas hurtling towards earth comes under the sci-fi genre. 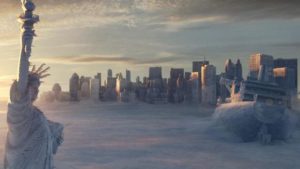 Roland Emmerich is the king of disaster movies. That guy loves destruction! The visuals in this movie are outstanding and eye-popping, seeing all these chaotic weather events destroying various buildings was very entertaining to watch. Let’s face it, you don’t go to an “end of the world” movie for the plot. Emmerich does a great job of keeping the audience on the edge of their seat throughout the films entirety.

Although the action is the movies primary focus, there are some characters here, not massively developed but enough to make to care for them at least. Again, throw realism out of the window for this one, unless you honestly believe a man can walk all the way from Philadelphia to New York during a “new” ice age. 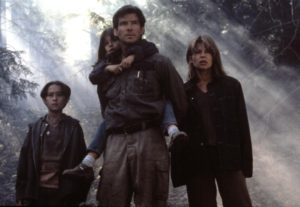 Again, like most of the picks on this list, this was a very enjoyable movie. The visuals were very impressive with a lot of real-life destruction and solid stunt-work. This movie had to compete with Volcano back in 1997, and judging by the rankings on this list you can see which one is better in my opinion.

Dante’s Peak had everything you wanted from a disaster movie; earthquakes, boiled skinny dippers, skin-melting acid lakes, scorching boulders plummeting from the skies, massive ash blizzards and lava, all of this created an extremely distinct movie atmosphere. The relationship between Pierce Brosnan and Linda Hamilton was also very believable, add in some other likeable characters and I actually cared about these people. 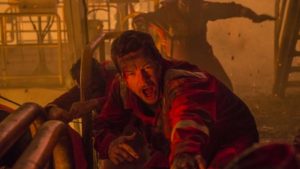 Based on the events that took place back in April 2010, when the offshore drilling rig Deepwater Horizon created a giant explosion, which resulted in the worst oil spill in American history. Director Peter Berg creates a spectacularly constructed, visually-striking, intense story of survival. It doesn’t bypass the loss of life in the movie making sure you feel every impactful and emotional moment.

Mark Wahlberg is fantastic and the supporting cast are all well-developed meaning you care about their characters. The set and the film’s visual effects are quite extraordinary. If you’re looking for excellent acting, a strong story and mind-blowing special effects than this is the film for you. 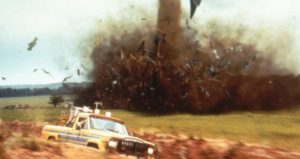 This film is great! Don’t know how it’s got such a low rating on IMDB, it’s not a thought-provoking, meaningful story about mother nature. It’s about mother nature tearing the place up with huge, cow-flinging tornadoes! The special effects are fantastic with each destruction scene getting better and better.

The storm chasers we follow are all very likeable, with Philip Seymour Hoffman being a stand out for me, very funny and entertaining to watch. The whole “estranged couple falling in love again” amidst a windy display of terrifying twisters was a bit cheesy, but it doesn’t matter when you can just sit back, relax and watch the destruction unfold in an impressive fashion. 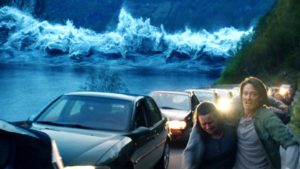 A prime example of when a foreign film can out do a Hollywood blockbuster. The story follows a geologist who begins to suspect something is wrong when a mountain over a small town begins to display odd activity, before he can warn everyone a huge rockslide causes a giant tsunami.

The location is gorgeous, lots of stunning scenery and cinematography make this a very attractive film. There’s no early action scenes to wet your beak before the big wave hits the town but that’s ok because the film does a great job of building tension.

We only really focus on one character and his family but they’re developed well enough that you care about them and what happens in their story. The big action scene, when it arrives, is awesome, creating a sheer sense of panic and the look of horror as the wave came crashing towards everyone was terrifying.

Back in 1905 a huge chunk of the mountain actually broke off and the resulting tsunami killed 62 people. Experts say it will happen again, they just don’t know when. 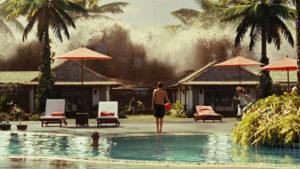 This is one of the most emotionally realistic disaster films in recent history. It’s utterly frightening in its re-creation of the devastating 2004 Indian Ocean tsunami. While the tsunami scene itself is filmed in a water park in Spain, the remainder of the film is filmed on location in Thailand using real places and survivors of the story, adding to the film’s authenticity.

The acting is superb with Ewan McGregor and Naomi Watts delivering great performances but it’s Tom Holland who shines with an incredibly mature and emotional performance; his story is at the hub of all the chaos and he well and truly delivers.

When the wave hits, the aftermath of the initial destruction is intense, realistic and terrifying, after that the drama shifts to a more personal level. The film focuses on the survival of this one family as opposed to the scale of the event and this makes it a more intimate and powerful human representation of the disaster. It’s an emotional roller-coaster and a must-see. 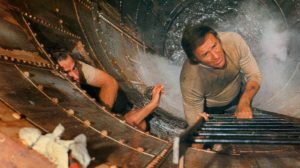 The premise is simple; a large cruise ship is capsized by an enormous tidal wave and a group of survivors are trying to get out. This plot sounds basic but it has suspense, drama, and some impressive sets that really capture the chaos well, the inverted dining hall is a stand-out.

It even manages to capture the feeling of being on the ship amongst the survivors by having the camera sway back and forth, very nice touch.

All the cast give great performances, despite a cheesy script. This is, I think, the film that started the disaster film craze, and it is the template that lots of disaster flicks have tried to imitate but none have succeeded and that’s why it comes in at my number one spot.