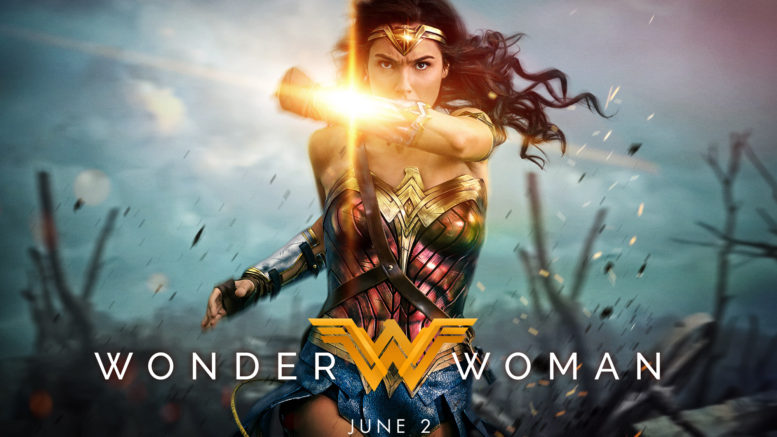 The bad streak is finally over! Before becoming Wonder Woman (12A), Diana must discover her full powers as she leaves her idyllic, paradise home, alongside crashed WWI pilot Steve Trevor (Chris Pine), in order to fight a war that will end all wars.

Wonder Woman had a lot riding on it. First it had to break the bad streak of disappointing DC movies, it had to be a good representation of strong women, and it also just had to be an enjoyable movie. For me it totally delivered, I thoroughly enjoyed the story, the characters and the action.

When I heard Gal Gadot was Wonder Woman, I was sceptical. I had only seen her in supporting roles, so to take on one of DC’s most famous heroines in her own movie, I was worried. But she played the part very well and delivered some excellent emotional moments, oh and she kicks some serious ass!

The action scenes are great in the majority of the movie, the director went with a lot of slow-mo which worked most of the time, but I felt on occasions I wanted to see it play out in a fast, more chaotic and exciting way. Where it lost me a little was the final fight, because we all know DC love a big CGI end fight don’t they!

This is really a movie of two parts, part one involves Diana venturing to WWI era London, an unknown land to her, which is where most of the movie’s comedy comes from, and it is very funny, with Chris Pine’s Steve Trevor delivering a lot of the comedy with his great timing and wit. The second part is where the bulk of the action comes from, as Diana begins to fight this war. The No Man’s Land scene and the French town scene are stand outs for me.

It would have been easy to have Wonder Woman spend the majority of the movie fighting various foes in big action set pieces, but what struck me was the humanity within the movie, she could spend all day fighting but at the end of the day she is still human, she feels pain and sadness and that it is conveyed very well through great direction and acting.

Overall, I really enjoyed this movie. Wonder Woman was one of the best parts of Batman vs Superman, and she shined even more in her standalone film. I look forward to seeing more of her in the upcoming Justice League. Now to try and get that great theme song out of my head…